Analyzing the effects of each of the Federal Reserve’s major unconventional monetary policy announcements between 2009 and 2015, Eric T. Swanson of the University of California at Irvine finds that forward guidance and large-scale asset purchases (LSAPs) each had a significant impact on Treasury yields. Forward guidance was most effective in bringing down yields on Treasuries with a maturity between 1 and 5 years, while LSAPs had the largest effect on 10 to 30 year Treasuries. LSAPs also had a large impact on corporate bond yields, while forward guidance appeared to have no effect.

Jesse Rothstein of the University of California, Berkeley, finds little evidence that the weak job-market recovery in the immediate aftermath of the Great Recession —particularly among young, less educated, and racial minority groups—can be attributed to structural changes. Instead, he argues that the slow recovery is more likely due to depressed labor demand, especially through the end of 2014.

In a survey of 3,000 individuals between the ages of 25 and 59, Erzo F. P. Luttmer and Andrew A. Samwick of Dartmouth College find that, on average, respondents expect to receive only 60 percent of the Social Security benefits that they are scheduled to receive under current law, and would be willing to forgo roughly 6 percent of their benefits expected under current law to remove the uncertainty. This translates to $700 billion in benefit cuts, in present value terms, that could be made without reducing overall welfare if Social Security policy uncertainty were removed. 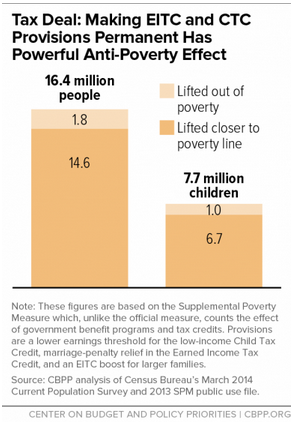 Quote of the week: Political circumstances, not economic, are holding countries back from making necessary reform


But when it comes to actually implementing the reform agenda, in many countries of the euro area hesitation seems to prevail over determination. Certainly, we need to bear in mind that the necessary changes are on such a scale as to be unachievable without major consensus. But we also need to bear in mind that delays in making important structural reforms, which make a country more prosperous and more able to face today’s challenges, may sometimes have political reasons, but never economic ones.

Moving beyond GDP: Sustainability, resilience, and inclusiveness for economic development

A conversation about economics and geopolitics with Paolo Gentiloni