Hans A. Holter of the University of Oslo, Serhiy Stepanchuk of École Polytechnique Fédérale de Lausanne, and Dirk Krueger of the University of Pennsylvania argue that the United States is far from the peak of its Laffer Curve , that is, increasing the average income tax rate on wages from 17% to 58% could increase revenues by about 56%. They say more progressive taxations would significantly reduce revenues, and that adopting a flat tax code would raise revenues.

Looking across countries, Iñaki Aldasoro and Mike Seiferling of the International Monetary Fund conclude that the common practice of delegating spending decisions to sub-national governments but not revenue decisions leads to increased government debt. Although fiscal decentralization has benefits, they emphasize the need to design decentralization carefully.

Florian Hoffmann and Thomas Lemieux of the University of British Columbia observe that unemployment rose more and stayed high longer in the U.S. during and after the Great Recession than it did in Germany and Canada. The difference, they say, can be explained largely by the much larger boom and subsequent bust of construction employment and the larger drop in GDP in the U.S.

Chart of the week: Full-time positions account for a large majority of jobs created since 2010 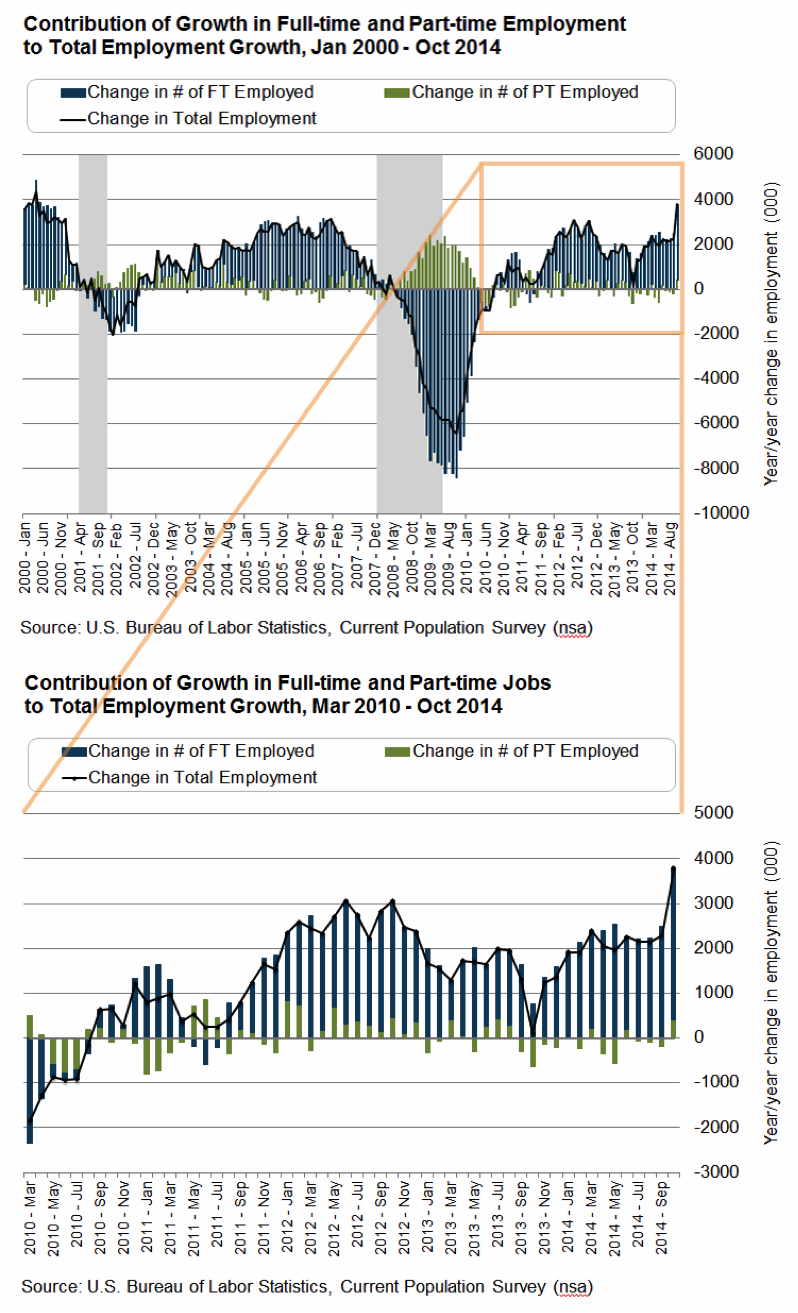 Speech of the week: Monetary policy can work in tandem with other policies to bring inflation back to target

“It is essential to bring back inflation to target and without delay. Monetary policy can and will do its part to achieve this. But it is also clear that, as monetary policy works on the demand side of the economy, other policies can assist in this process – or at least not counteract it.” – Mario Draghi, President, European Central Bank

Join us on Wednesday, December 3 for “The Fed’s Financial Stability Agenda,” a conversation with Federal Reserve Governor Lael Brainard.  The conversation will be webcast live at 2:00pm on the Brookings website.