Federal, state, and local governments employ about 15 percent of U.S. civilian workers, so budgetary conditions often have labor market implications. Total government employment fell sharply in the aftermath of the great recession, and, despite recent upticks, has yet to recover in a material way. Although private payroll employment surpassed its pre-recession peak in March 2014, total government employment is still more than 2 percent lower than it was in mid-2008, and about 7 percent below its pre-recession trend.

State and local employment—which accounts for about 90 percent of total government employment— declined sharply between 2008 and 2012, as states and localities trimmed payrolls in an attempt to balance their budgets, as shown in the following chart from the Hutchins Center’s Fiscal Barometer. Employment has edged up since 2012 as state and local budget conditions have improved, although total employment still remains more than 3 percent below its pre-recession peak. 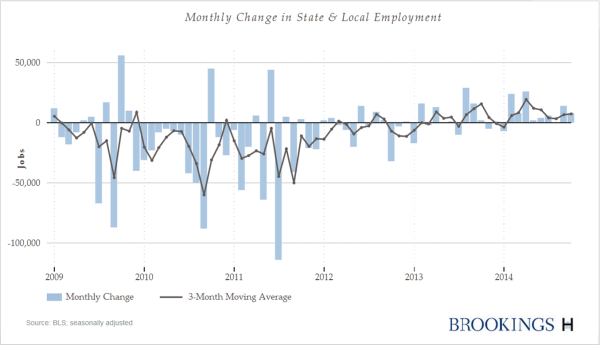 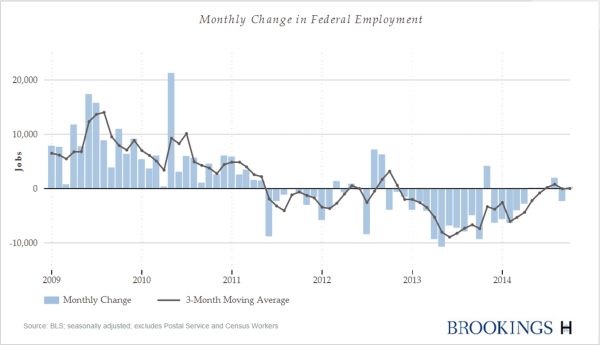