Analyzing county level data in the wake of natural disasters, Kristle Romero Cortés of the Federal Reserve Bank of Cleveland concludes that local lenders play a vital role in job retention and creation, particularly for young and small firms. Cortés finds that a one standard deviation increase in local finance typically leads to 1% to 2 % higher employment growth at these firms, and that this increased lending is not associated with higher default rates or reduced lending in the future.

Nicholas Bloom of Stanford University, Renata Lemos and John Van Reenen of the London School of Economics, and Raffaella Sadun of Harvard University find that better management of high schools is strongly linked to better educational outcomes. According to their measure, the UK, Sweden, Canada, and the US have the best-managed schools, on average. They also find that more autonomous government schools, such as U.S. charter schools, have higher management scores than other public or private schools.

Chart of the week: Corporate Taxes 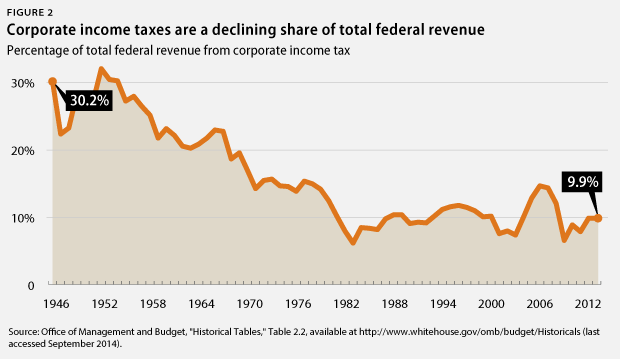 Speech of the week: People must not lose sight of the long-term benefits of regulatory and structural reforms

“There are several reasons why I don’t think the regulatory agenda has gone too far. First of all, my experience is that important regulatory and structural reforms are all too often hindered by myopia. People tend to focus on costs and pains in the short run, leaving aside the longer term gains that reforms aim to achieve. The perceived short-term costs are simply much easier to sell politically, compared to the abstract benefits of lowering the risk of crises. This is especially so, since the benefits may accrue only to future generations – a group that has difficulties making its voice heard in today’s policy debate.”

– Stefan Ingves, Governor of the Sveriges Riksbank and Chairman of the Basel Committee on Banking Supervision