What’s happening in fiscal and monetary policy right now? The Hutchins Roundup is a new feature to help keep you informed on the latest research, charts, and speeches. We hope you will find it useful. Email us with suggestions for items to include in the next Hutchins Roundup

Using contract-level data, Jeffrey B. Liebman of Harvard University and Neale Mahoney of the University of Chicago find that for federal agencies, spending levels in the final week of the fiscal year are 4.9 times higher than the rest-of-year average. Spending on these projects tend to be of much lower quality, with some projects up to 5.6 times more likely to be below the median quality level.

Ghada Fayad and Roberto Perrelli of the International Monetary Fund argue that the unanticipated post-crisis slowdown in growth across emerging markets was caused primarily by lower demand from trading partners and less accommodative fiscal policy, but that structural factors also played a role, with the potential to continue hindering growth.

Looking at historical data surrounding the implementation of social security in Imperial Germany, Robert Fenge of the University of Rostock and Beatrice Scheubel of the European Central Bank find that social insurance reduced birth rates by 1.7 marital births per 1,000 between 1895 and 1907. Given the rising dependence on these benefits, the negative impact on birth rates is likely even greater today, they say. 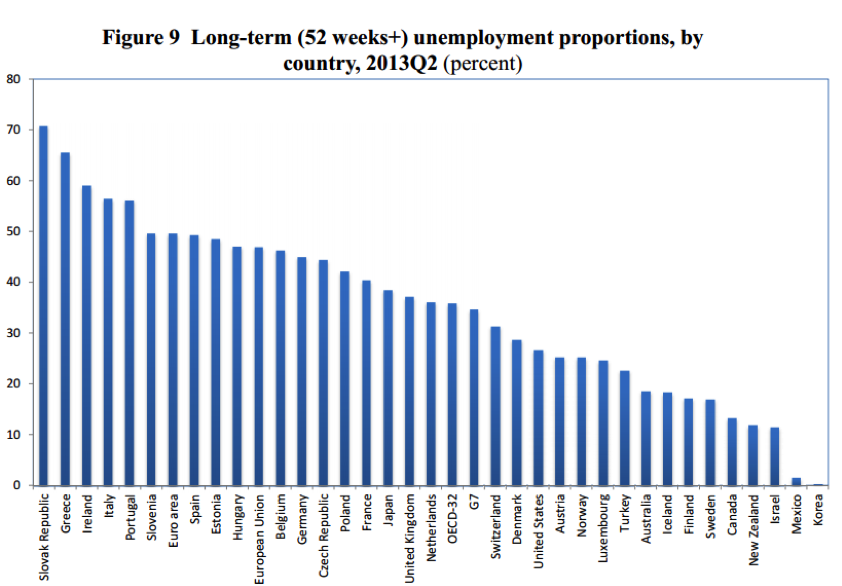 “In many respects, we are travelling through uncharted territories. Refocusing economic policies on sustaining aggregate demand, in particular stimulating investment, is a necessity. On the other hand, the forces of technological progress imply that much of capital accumulation may further save on labor inputs. Be it the legacy of the Great Recession or the outcome of more engrained trends, some of our traditional policy tools appear to be increasingly ineffective.”

Back to the future: Climate change resilience, self-insurance, and market insurance