Twitter CEO Dick Costolo believes you can change the world in 140 characters. Twitter, he said at Brookings today, has created a platform for conversations reshaping politics and culture across the globe. What is Costolo’s vision for the company? As Twitter continues to grow, managing over one billion Tweets every two days, how is it affecting security, freedom of expression, social policy and modern communication?

The Center for Technology Innovation at Brookings hosted Costolo for a discussion on June 26 focused on Twitter’s role as what Costolo calls a “global town square.” Strobe Talbott, President of Brookings, introduced Costolo, and Senior Fellow Jonathan Rauch moderated the discussion. 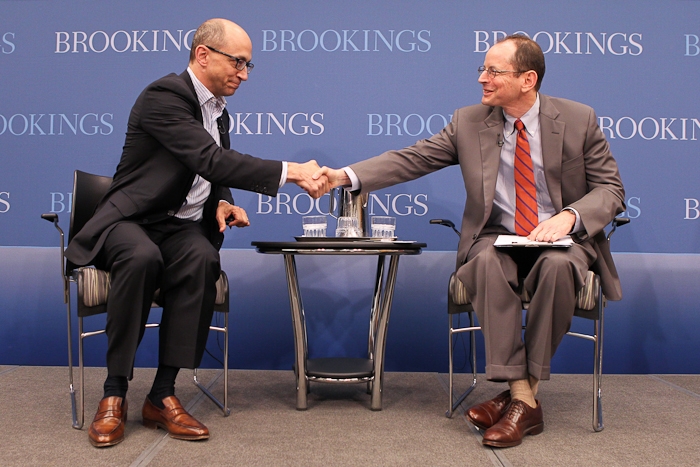 Dick Costolo and Jonathan Rauch at a public Q&A at the Brookings Institution, June 26, 2013 –

Continue following the discussion at #TwitterCEO