“Twas the night before Christmas,
When all of the drones
Had bundles of presents- toys and phones.
All the routes were planned by GPS with care
Showing that Saint Nicholas soon would be there.”

There have been several attempts to explain the science of Santa. Dr. Larry Silverberg, an engineering professor at North Carolina State University, postulated that Santa uses relativity clouds (i.e. wormholes) to control space-time, thereby extending the length of time he has to deliver presents to several months.

While an interesting theory, it does not address the dangers associated with using wormholes as a method of transportation, such as their nature to suddenly collapse or expose the traveler to hazardous radiation or exotic matter. It certainly doesn’t sound like something Mrs. Claus would allow Santa and his reindeer to travel through if there were a safer and easier way.

A far more plausible solution is that we are just now beginning to “invent” the technology that Santa has been using for hundreds of years. As I’ll explain below, all he needs is a fleet of 29,463 Rudolph 2.0s (what you may know as drones). 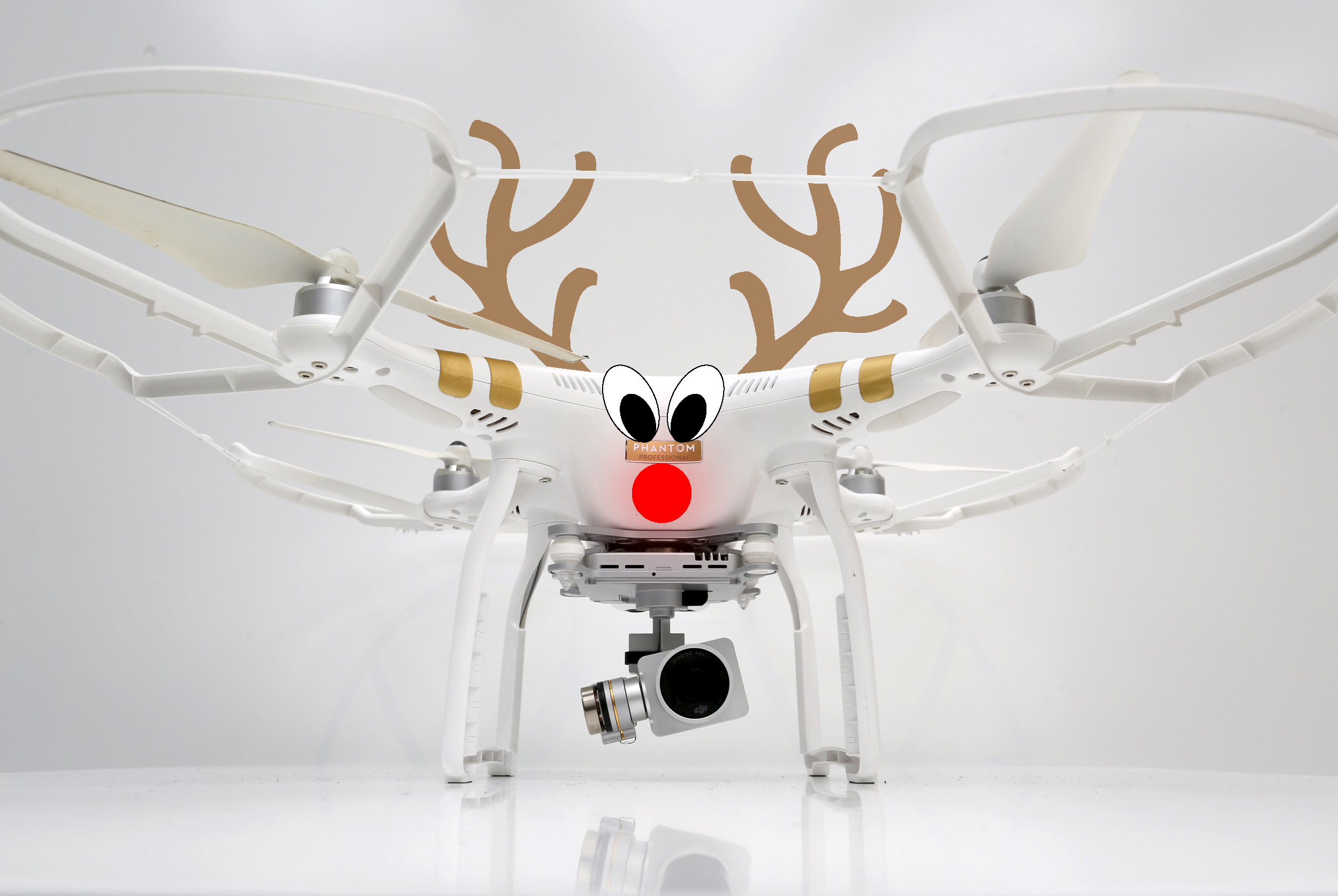 Since one million drones will be given as gifts this Christmas (let’s assume they’re all going to children), Santa can simply send these to their final destination and have them carry the presents for the other assumed child in the house. It’s pretty unlikely that any one household will have two children getting a drone, so we can say that Santa has to visit just 236,000,000 houses. With an assumed average distance between houses of 1.5 miles, Santa has to cover 353,600,000 miles in 24 hours. Without the use of drones, this would be over 14,700,000 miles per hour – well below the speed of light, but far beyond the realm of plausible.

“A far more plausible solution is that we are just now beginning to ‘invent’ the technology that Santa has been using for hundreds of years.”

Given that U.S. government drones can fly about 400 miles per hour and that Santa and his helpers (who, by the way, are increasingly worried about robots taking their jobs) have been improving this technology for hundreds of years, it’s safe to say that Rudolph 2.0 can fly at least 500 miles per hour. They used to fly solely on the Christmas spirit, but given the steadily increasing number of children in the world who don’t believe in Santa, Santa has since had to turn to solar panels to power them. If a Rudolph 2.0 arrives at a house and discovers that it brought the wrong present for a child, there is no reason to worry. All Rudolph 2.0s have built-in 3-D printers, and a new toy can quickly and easily be made on-site.

We made many assumptions throughout these calculations – some were better than others. The numbers will change from year to year, as will the types of presents delivered, but the technical plausibility will only increase as technology advances. We still have a few questions, such as whether Santa hides the drones from sight using invisibility cloaks, whether he will have to register his Rudolph 2.0s with the Federal Aviation Administration, and whether climate change is impacting his command and control center at the North Pole.

Nevertheless, we certainly appreciate all the work that Santa does, delivering presents to all the good children around the world who celebrate Christmas with a fleet of just 29,463 Rudolph 2.0s. Happy Holidays from TechTank!