The Adaptive Engine Technology Development (AETD) program, building off the success of the Adaptive Versatile Engine Technology (ADVENT) program, is currently developing the first ever “adaptive engine.” Current jet engine designs optimize either speed or fuel efficiency, but not both. In contrast, adaptive engines are able to switch seamlessly between operational modes that enable high thrust or increased range. While the innovations from AETD are remarkable, they are expensive. 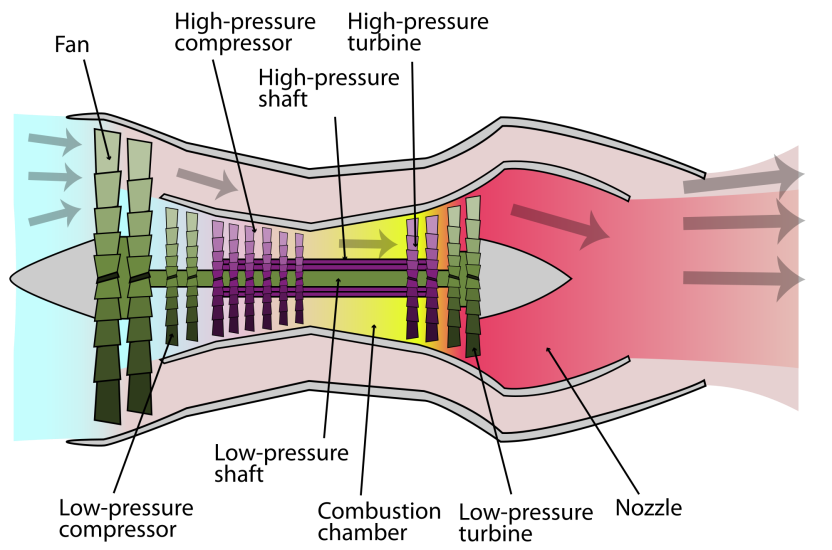 Traditionally, jet engines either had a low bypass ratio and high fan pressure ratio to maximize thrust or the opposite to maximize fuel efficiency. By regulating air flow through a second bypass duct and adjustable fans, adaptive engines can optimize thrust during takeoff or acceleration and then switch to maximize fuel efficiency during cruise conditions. Other innovations such as hot section technologies (heat resistant materials that can improve engine efficiency) and additive manufacturing techniques have also contributed to the success of the program. The results are quite impressive: 25 percent lower fuel consumption, 30 percent greater operating range and 10 percent higher thrust when compared to a traditional fixed cycle engine.

The high cost of jet fuel

In 2008, the Air Force spent $7.56 billion on jet fuel. Although the final plans for how many aircraft will get the engine upgrade are not yet known, a 25 percent reduction in fuel usage, even for a limited number of aircrafts, could save the Pentagon a significant amount of taxpayer dollars. This is not to mention the strategic benefits of improved speed and range, which can allow for advanced missions capabilities and improved deterrence.

While the technical improvements resulting from the AETD are irrefutable, they have a high upfront cost – the Air Force has already awarded over $700 million worth of contracts through 2015. Further concern stems from speculation that adaptive engine technology will be used to provide an engine upgrade for the F-35, a controversial program that costs the Pentagon tens of billions of dollars annually, although the Air Force denies these claims.

Overall, adaptive engines appear to be the next leap forward in jet engine technology. But, budget cuts threaten the program. Under intense pressure from Washington to reduce spending, the Pentagon will have to decide whether or not adaptive engines are worth the cost.

Frank Nagle
Thursday, May 19, 2022
Get daily updates from Brookings