According to the latest Intergovernmental Panel on Climate Change (IPCC) report, “Few aspects of the human endeavor…are isolated from possible impacts in a changing climate. The interconnectedness of the Earth system makes it impossible to draw a confined boundary around climate change impact, adaptations, and vulnerability.”1 This includes human population displacements, which amounted to a staggering 51.2 million refugees, asylum seekers, and internally displaced people (IDPs) in 2013.2

Unfortunately, as the frequency, duration, and intensity of extreme events affecting populations are on the rise, the humanitarian aid community is stretched thin in the face of multiple complex emergencies and protracted challenges around the world.3

Furthermore, humanitarian organizations and agencies traditionally tasked with providing relief to refugees, asylum seekers, and IDPs are hampered by normative and operational gaps unique to the climate change problem. If climate change is causing displacement across borders, how do existing legal frameworks (founded upon the right to asylum due to fear of persecution) apply in such contexts?4 Moreover, asserting that climate change is causing displacement is a matter of debate—the data, and the theories behind them, are just not clear.5

In such a context, one question is certainly worth exploring: How can we attain a better understanding of the effects of climate change on human populations? The answer to this question will help fill some of the informational gaps recently identified by expert practitioners like FAO’s Vincent Martin and UNHCR’s José Riera, who stressed the need for scientific analysis to enhance evidence for climate induced displacement, or for early warning and coordination.6

Some part of the answer might be found in an older idea combined with newer technological capabilities.

Information exchange—the ability to produce timely, granular data for decision making—is one of the main assets of TANs.7 Written in the 1990s, the original TAN research literature did not consider modern information technology, beyond an occasional reference to fax machines, email, and cheaper air travel. This of course is a reflection of the time it was written, right at the cusp of the digital revolution. Today, mobile phones – about 7 billion in all – are found all over the world, including in the global south. This opens up the possibility of monitoring human migration patterns over time.8 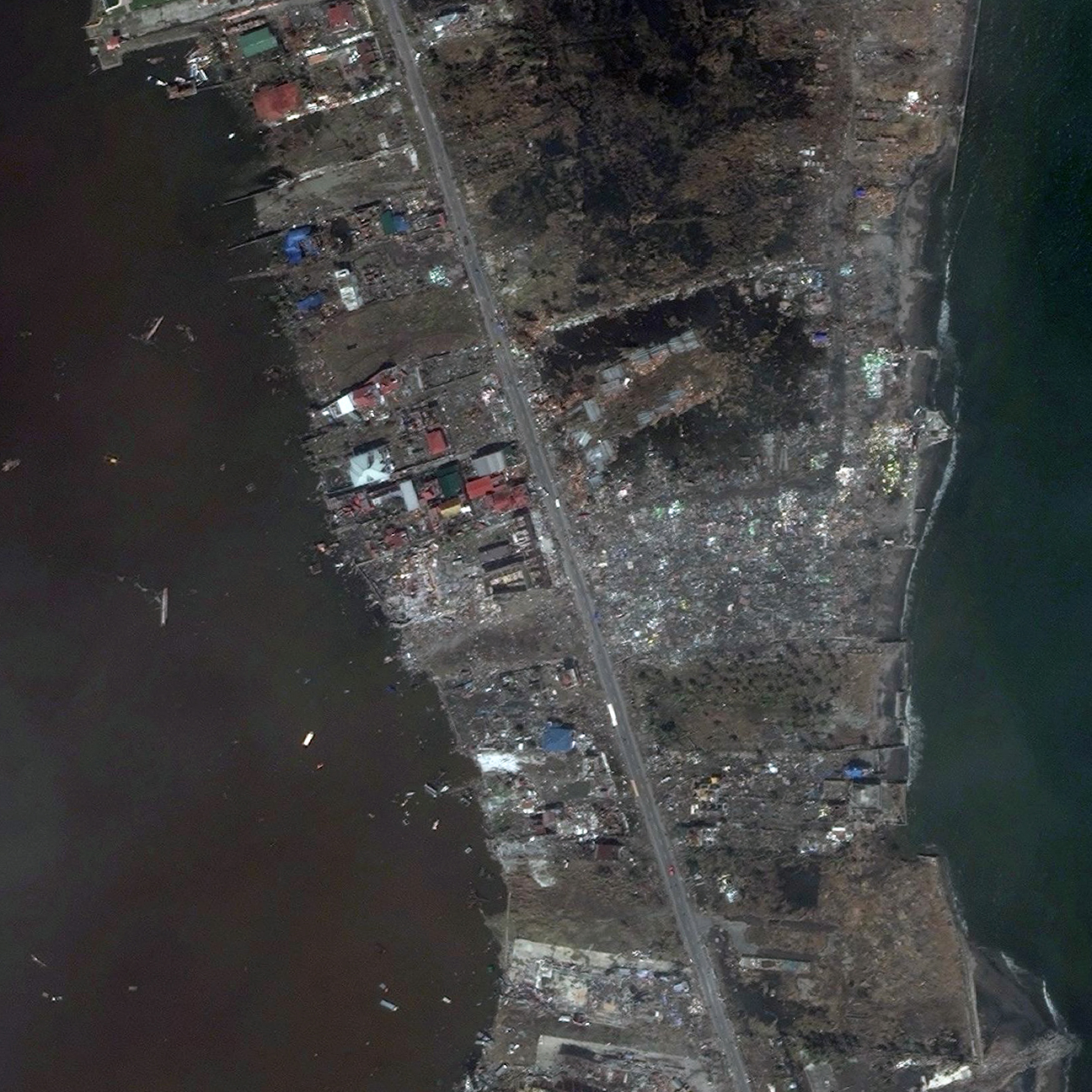 Indeed, mobile phones, social media, and open-sourced data have empowered crisis mappers and digital humanitarians to offer near real-time analysis and augment situational awareness for first responders in the field. Take, for example, UNOCHA’s Digital Humanitarian Network, a collaboration of volunteer and technical communities, and the Humanitarian Data Exchange (also pioneered by UNOHCA), an open-source web repository of the latest data being crunched by volunteer organizations, researchers, software developers, and other so-called “crisis mappers.”9 Such networks have facilitated collaborations between digital and on the ground humanitarians, improving the Ebola response.10 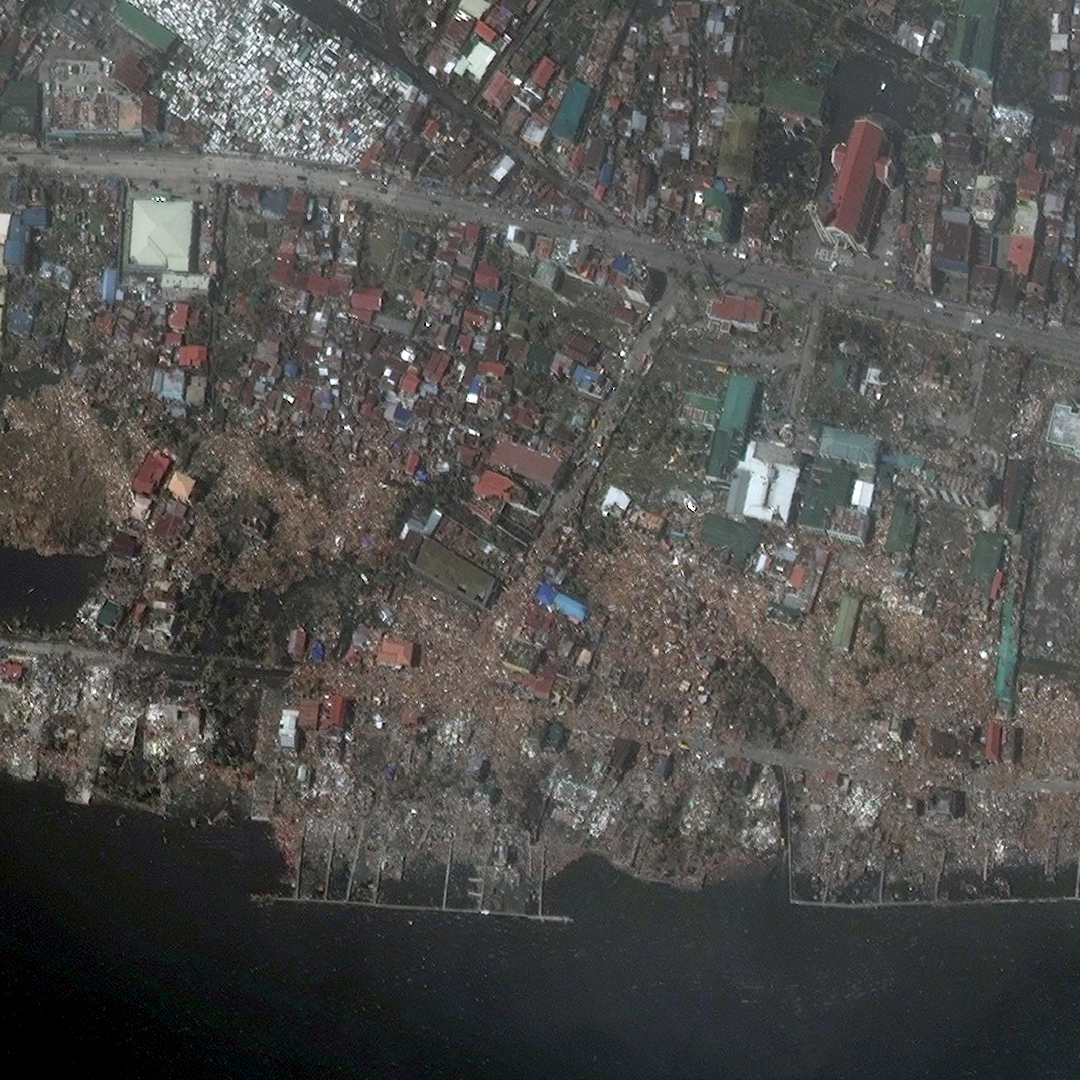 Joseph Guay is Associate at the Policy Lab and adjunct lecturer at Northeastern University, where he teaches a course on Crisis Mapping for Humanitarian Action. He is a Lead Research Consultant with World Vision International for a project on social cohesion between urban refugees and host communities in Jordan and Lebanon, and is also currently supporting a research agenda on multi-modal governance in areas of limited statehood, trying to understand how transnational advocacy networks (TANs), enabled by new technologies and access, are increasingly relevant in places where official government is limited, or ceases to function according to social contract. Joe can be reached at j.guay@neu.edu.

Another technology now available to TAN organizations is commercial, high-resolution remote sensing satellites. Since 2000, the number, technical capability, and regulatory capacity of commercial high-resolution satellites has expanded enormously.11 Besides optical precision, another important dimension of remote sensing is “temporal resolution” or “revisit frequency,” which refers to the length of time between a satellite or constellation of satellites’ revisit to the same spot on Earth.

Today, at least four commercial satellite firms are developing constellations of remote sensing “CubeSats,” smaller desk-sized satellites. Given its deep pockets, Google’s Skybox is probably the most likely to succeed. Although its spatial resolution is less than DigitalGlobe’s WorldView-3, its revisit frequency is measured in hours, as it shifts one satellite to the next in the constellation or “flock” in orbit. It also offers remarkable high-definition video from space. Another company, Planet Labs, is deploying a constellation of extremely small satellites called “doves.” By the end of the year, a constellation of about 100 doves will scan the entire planet every 24-hours, emphasizing a democratizing access to up-to-date satellite imagery available to journalists and NGOs around the world.

The Satellite Sentinel Project (SSP) offers an example of an evolving research agenda on the tools, methods, standards, and ethics around the use of such technologies for early warning and documentation of mass atrocities.12 The initiative is a clear example of how TANs using advanced civilian-sector technologies could fill some of the information gaps in the effort to monitor climate change and social unrest. This would provide additional tools and aid efforts to access data that is traditionally associated with climate change – population movements, water exploration, and the impact of climate change on local environments.

It’s worth asking if lessons can be learned from such contexts to inform what is possible in understanding and dealing with climate-induced displacement. One key development is the Nansen Initiative, a state-led, bottom up consultative process that brings together states, academic institutions, and civil society to “build consensus on the development of a protection agenda addressing the needs of people displaced across international borders by natural hazards, including the effects of climate change.”13 What can be its political and informational contributions to overcome normative and operational gaps in this field? Technology creates greater awareness of population displacement due to climate change. But how that affects policy is less well understood. Future analyses must address this question.

Given the explosive growth in data, it seems to us that the ability to know about human population displacements, even at early onset, will continue to grow.  Planet Lab’s “flock of doves” will achieve its goal of complete global coverage in 24-hours by 2016.  On another front, growth in global mobile phone penetration will continue but also shift to Internet enabled 3G and 4G phones in the global south.  As a result, TANs ability to monitor events in near real-time will continue to grow.  Yet knowing about a problem does not at all guarantee that something will be done about it, as the larger climate change debate attests.  What is needed is greater political will.  This is where the greater challenge lays.  Data and TANs help clarify the nature of the problem faced by populations facing the extraordinary challenges presented by climate change.  Perhaps information can fuel political will.

5 As the IPCC report indicates, the relationship between climate change and mobility is, for example, multi-directional and inconclusive; extreme weather conditions are not directly related to migration, as there are often other factors like socio-economic status, gender, and ethnicity that are important. Furthermore, mobility and vulnerability are not one and the same: in some cases, vulnerability is increased by not moving, and in others, being displaced exacerbates vulnerability (for instance the financial costs incurred, or the insecurity experienced from having moved). While quantifying and understanding such relationships has been the focus of key scientific efforts such as IPCC 2014, illustrating causality has been notoriously difficult. According to the IPCC report, “Given the many and complex links between climate change and human security, uncertainties in the research on the biophysical dimensions of climate change, and the nature of social science, highly confident statements about the influence of climate change on human security are not possible…” See Adger et. al, “Human Security” chapter 12, pp. 760.

11 In fact, a new satellite owned and operated by DigitalGlobe, WorldView-3, will start providing imagery of anyplace on Earth this week with a remarkable 12-inch ground resolution

12 SSP is a cooperative humanitarian venture between rights advocates Not on Our Watch and the Enough Project, the United Nations UNITAR Operational Satellite Applications Program, Digital Globe, the Harvard Humanitarian Initiative (HHI), Google, and Trellon, LLC

AI cooperation on the ground: AI research and development on a global scale