Last Wednesday when two reporters covering the protests in the St. Louis suburb of Ferguson needed Internet access, they headed to the local McDonald’s to get it. McDonald’s provides Wi-Fi free of charge and does not even require that guests purchase food in exchange for using the Internet. For many Americans across the country, McDonald’s plugs a gap in the country’s Internet infrastructure.

. Only 54 percent of families with incomes below $30,000 have broadband in their homes. In rural areas, only 62 percent of homes have high-speed access as compared with 73 percent in suburban areas. McDonald’s is uniquely situated to provide Internet access to these Americans for several reasons. 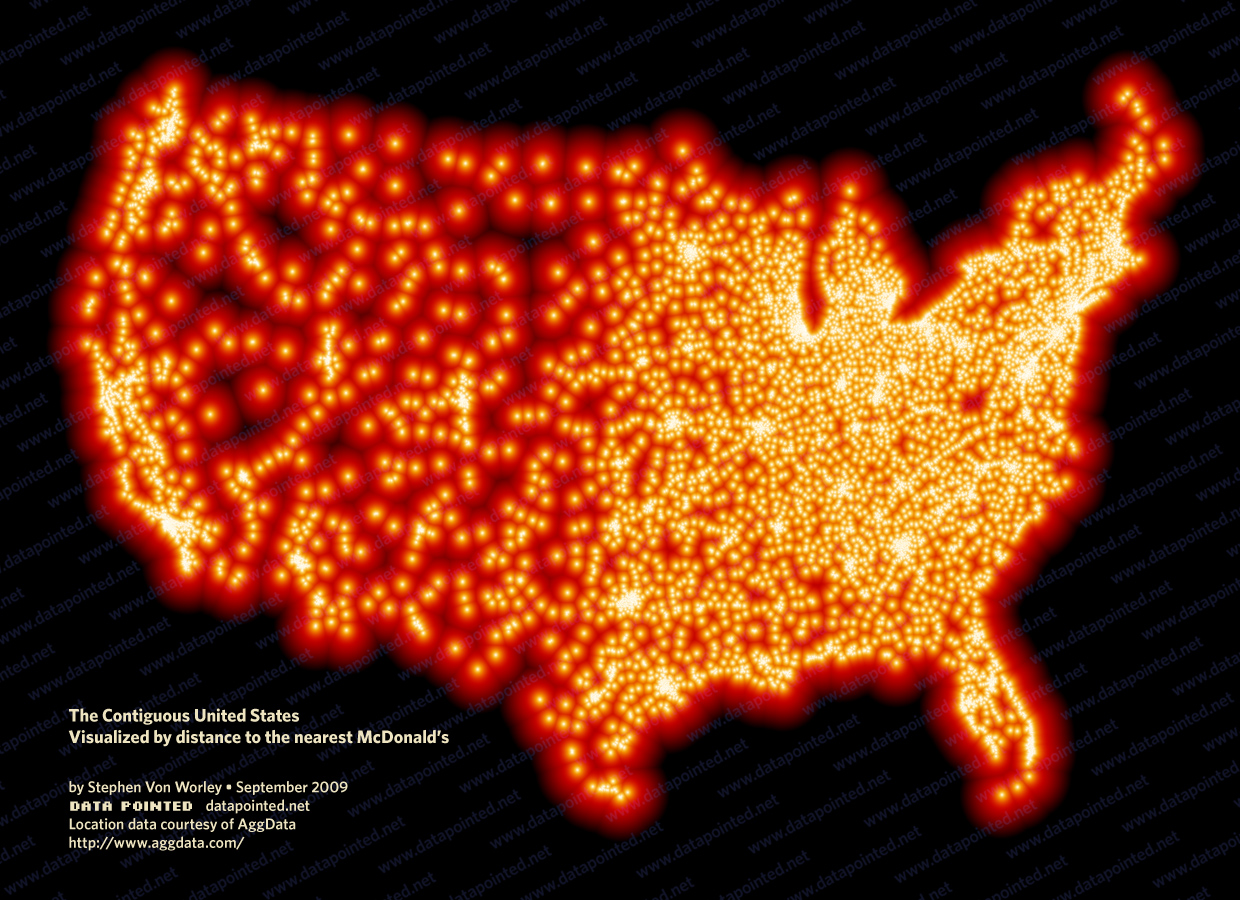 Where The Buffalo Roamed: How Far Can You Get From McDonald’s?

Government can and must do more to address this problem. In his recent Congressional

The benefits of private businesses offering free Wi-Fi are impossible to deny. Access to high-speed Internet has numerous benefits including supporting small business, improving healthcare delivery, and enabling next generation education tools. These types of operations can play a powerful role in helping to make sure that every American has access to high-speed Internet.

Engineering value: The returns to technological talent and investments in artificial intelligence