When Franklin Roosevelt delivered his second inaugural address on January 20, 1936 he lamented the “one-third of a nation ill-housed, ill-clad, ill-nourished.” He challenged Americans to measure their collective progress not by “whether we add more to the abundance of those who have much; [but rather] whether we provide enough for those who have too little.” In our new paper, One third of a nation: Strategies for helping working families, we ask a simple question: How are we doing?

In brief, we find that:

The decline in labor force participation rates has been widely documented, but the growing gulf in the work gap between the bottom third and the rest of the population is truly striking: 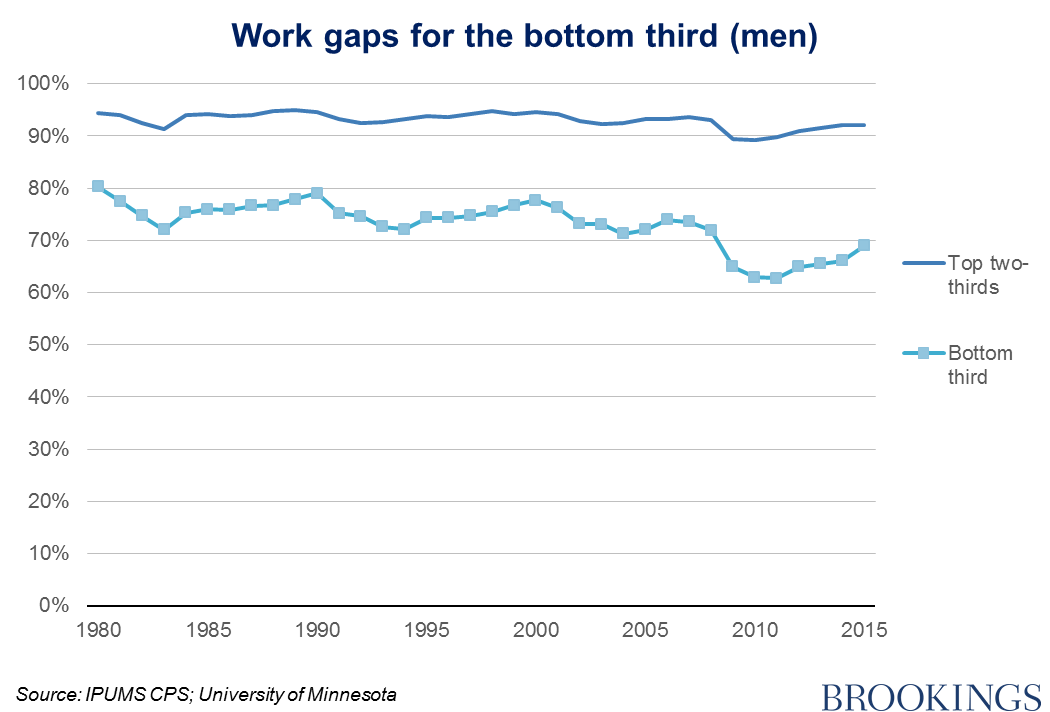 While the share of men who are employed in the top two-thirds has been quite stable since 1980, lower-income men’s work rates have declined by 11 percentage points. What about women? 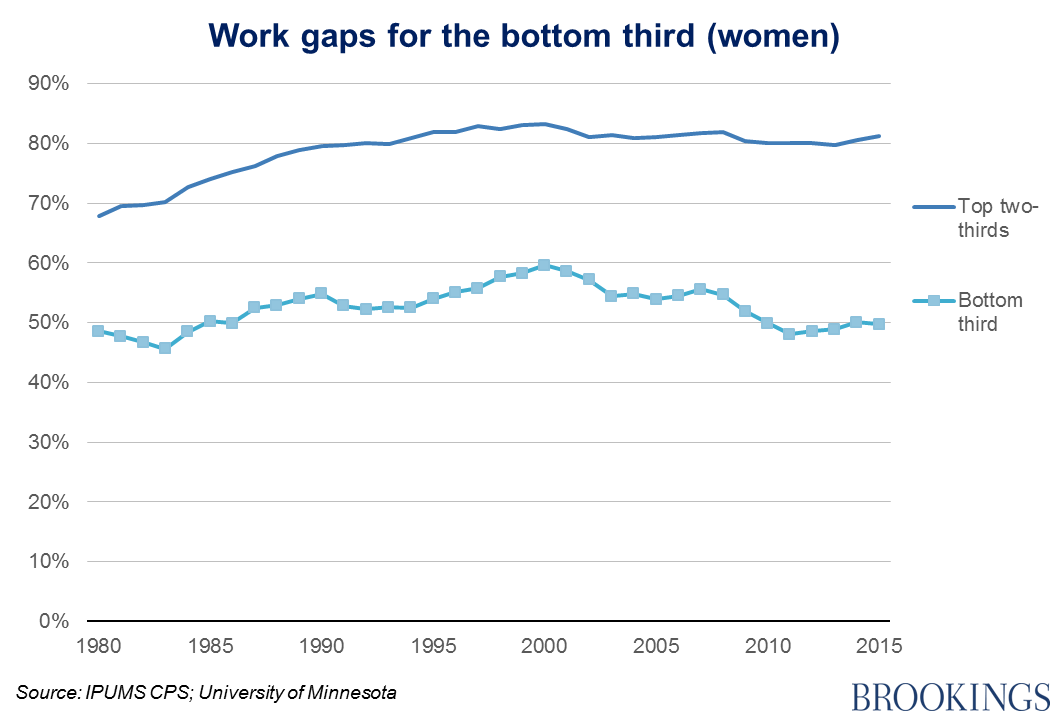 Middle- and upper-income women have increased their work rates by 13 percentage points. This has helped maintain or even increase their family’s income. But employment rates among lower-income women have been flat, despite reforms of the welfare system and safety net designed to encourage work.

Why the lack of paid work for the bottom third?

Many on the left point to problems like low pay and lack of access to affordable childcare, and so favor a higher minimum wage and more subsidies for daycare. For many conservatives, the problem is rooted in family breakdown and a dependency-inducing safety net. They therefore champion proposals like marriage promotion programs and strict work requirements for public benefits. Most agree about the importance of education.

We model the impact of a range of such proposals, using data from the Census Bureau, specifically: higher graduation rates from high school, a tighter labor market, a higher minimum wage, and “virtual” marriages between single mothers and unattached men. In isolation, each has only modest effects. In our model, the only significant boost to income comes from employment, and in particular from assuming that all bottom-third household heads work full time: 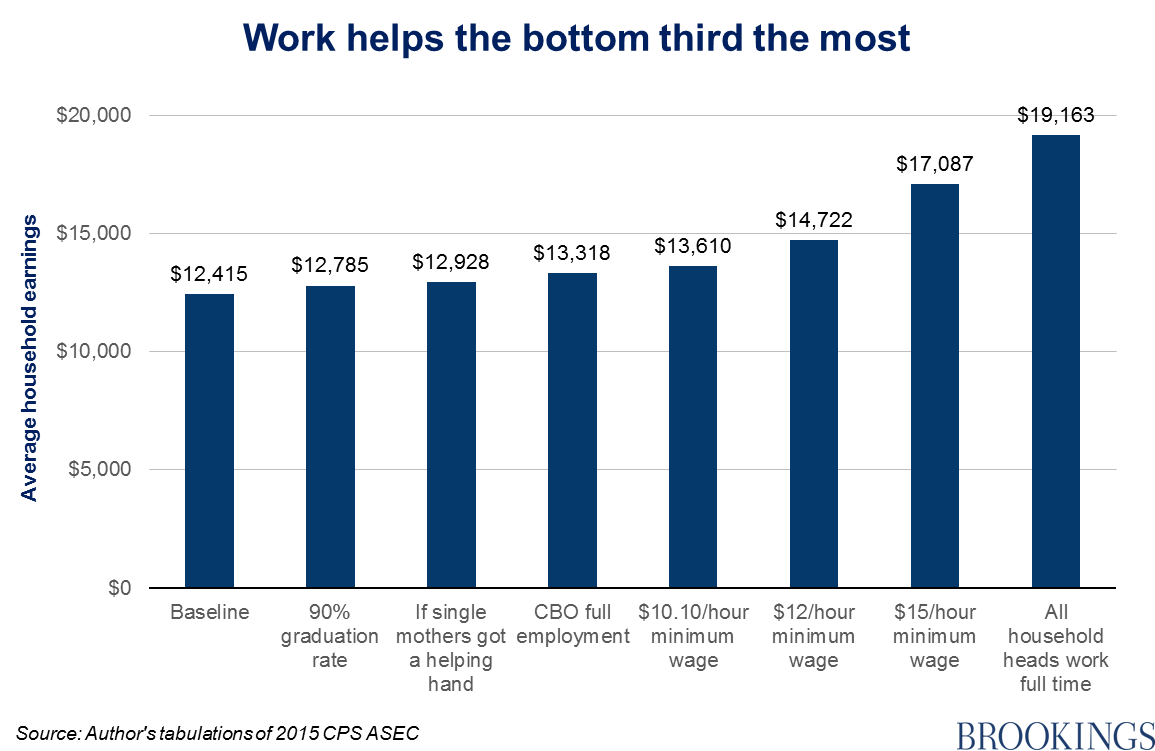 It may be that the standard solutions to the problems of the bottom third, while helpful, are no longer sufficient. A debate about whether to make safety net programs such as Food Stamps and housing assistance conditional on work or training is underway. So are other solutions such as subsidized jobs (created by some states during the Great Recession as a natural complement to a work-conditioned safety net), more work sharing (used in Germany during the recession), or even a universal basic income (being considered by Swiss voters in June).