The injustices faced by African Americans are high on the nation’s agenda. “Black Lives Matter” has become a rallying cry that has elicited intense feelings among both supporters and detractors. As William Julius Wilson has pointed out on this blog, the focus on policing and criminal justice is necessary but not sufficient. Concerted action is required to tackle systematic racial gaps in everything from income and wealth to employment rates, poverty rates, and educational achievement.

The moral argument for reparations

Ta-Nehisi Coates argues that financial reparations should be paid to all those who have suffered directly or indirectly from slavery and its aftermath, including present day injustices such as the targeting of subprime mortgages to minorities. The moral case is compelling, and Coates notes that there have been other instances in U.S. history when reparations have been paid—such as to some Native American tribes and to the Japanese-Americans thrown into internment camps during World War II.

Even if the moral argument for reparations is won, there are formidable obstacles in terms of policy, politics, and law. How would reparations work in practice? To be fair, Coates does support the bill from Congressman John Conyers establishing a commission to examine precisely these questions. Even if a workable policy can be found, the political opposition would, to put it mildly, be formidable. There are also doubts about constitutional legality. However, these are certainly questions worthy of better answers than the ones currently being made.

Reparations are a stark example of a race-based policy: targeting resources or an intervention at an explicitly-defined racial group. At the other extreme are “race-blind” policies, applied with no regard to race (at least in theory). But there is a middle ground, consisting of what might be labeled ‘race-conscious’ policies. These policies would be designed to close racial gaps without targeting racial groups. 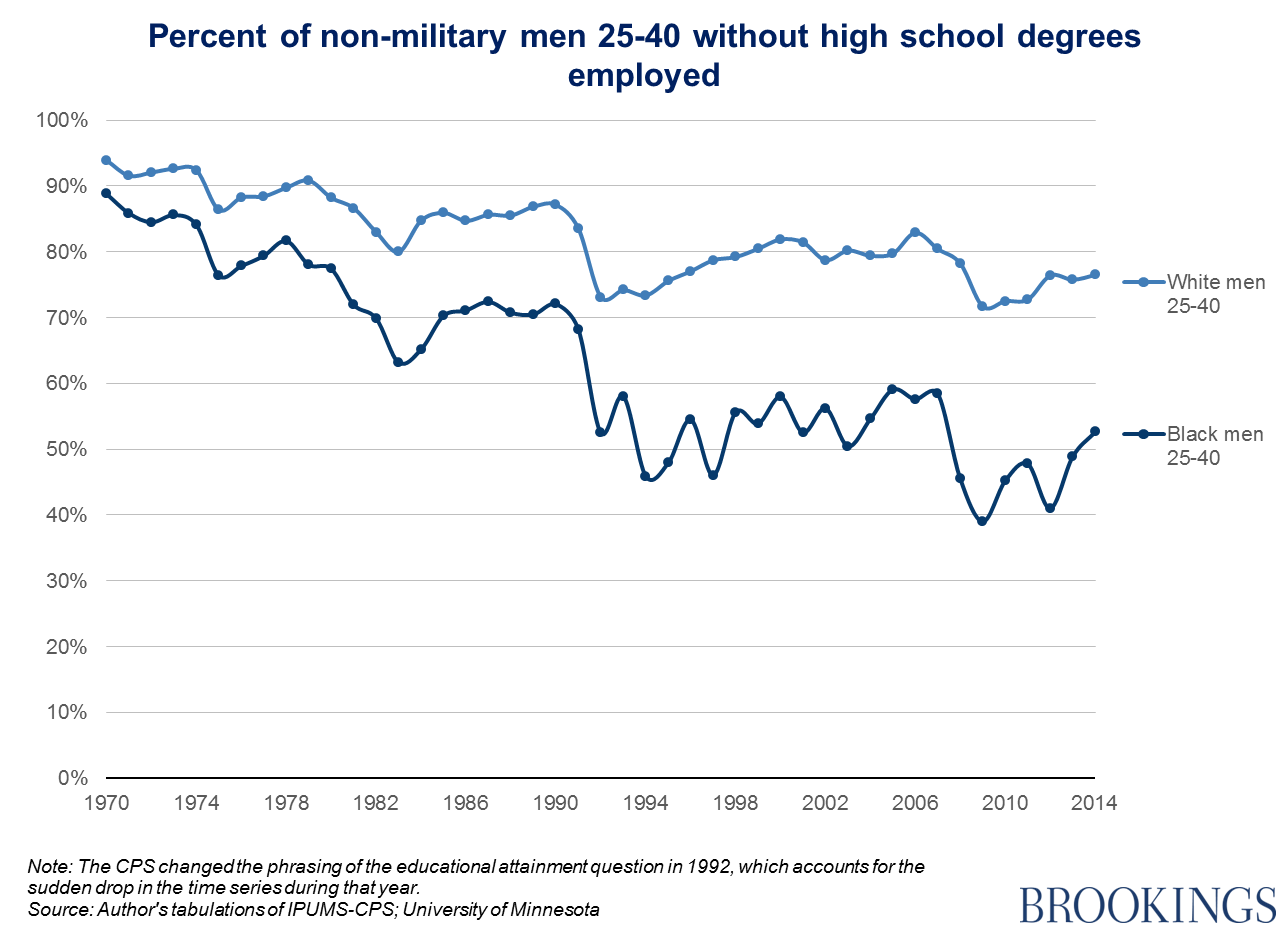 The “Black Lives Matter” movement has refocused the nation’s attention on mass incarceration and related injustices in the criminal justice system. But this problem exists side by side with racial inequalities in income, wealth, education, and employment. There are no easy answers to America’s stubborn race gaps. But jobs and wages seem to us to be of paramount importance. Implemented in a race-conscious way (by targeting them to areas suffering from high rates of poverty and joblessness), employment policy might be the most powerful instrument of all for race equality.

Beyond Deng and Richard V. Reeves
Thursday, July 28, 2022
Past Event