A poor woman is about five times as likely as an affluent woman to have an unintended birth, which further deepens the divides in income, family stability, and child outcomes. But what is behind the gap? That is the question we address in our new paper, Sex, contraception, or abortion? Explaining class gaps in unintended childbearing, and accompanying data interactive.

Among single women who are not trying to get pregnant, we find no income gaps in the chances of being sexually active in the previous year (our data is from the latest National Survey of Family Growth). This suggests that use of contraception and/or abortion may explain variations in unintended birth rates. This is, in fact, what we find:

Gaps in contraception use contribute to the gap in unintended pregnancies… 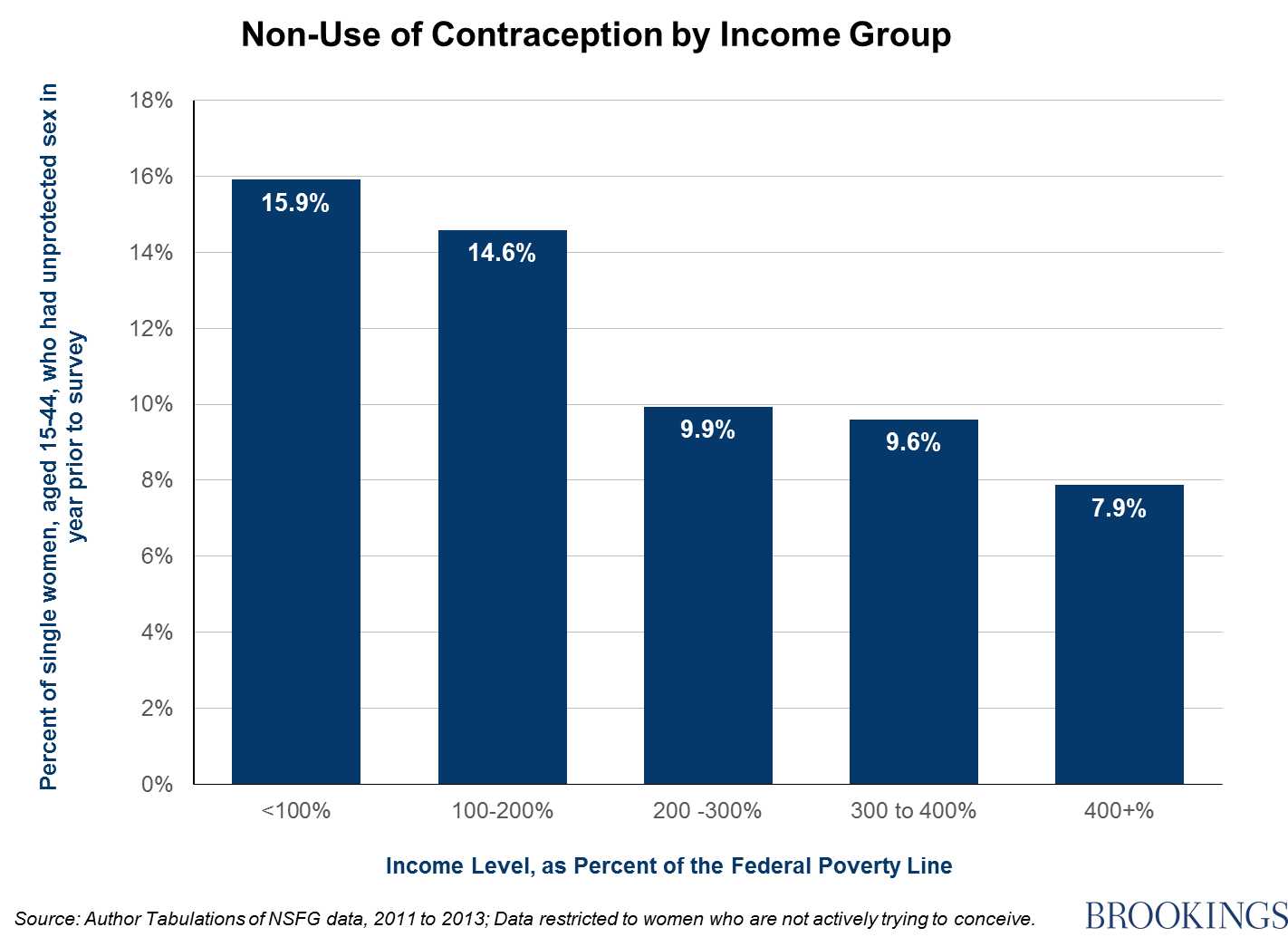 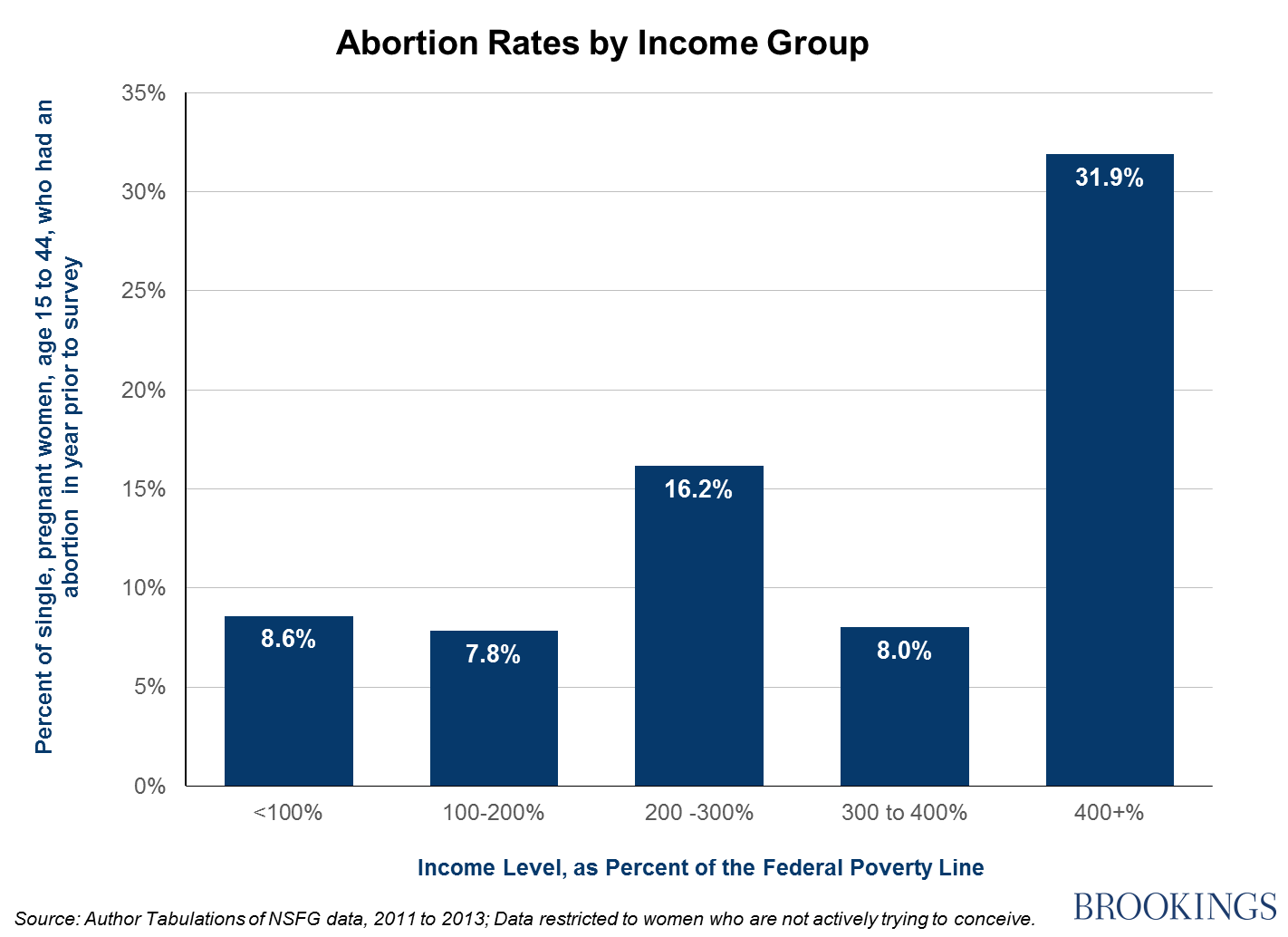 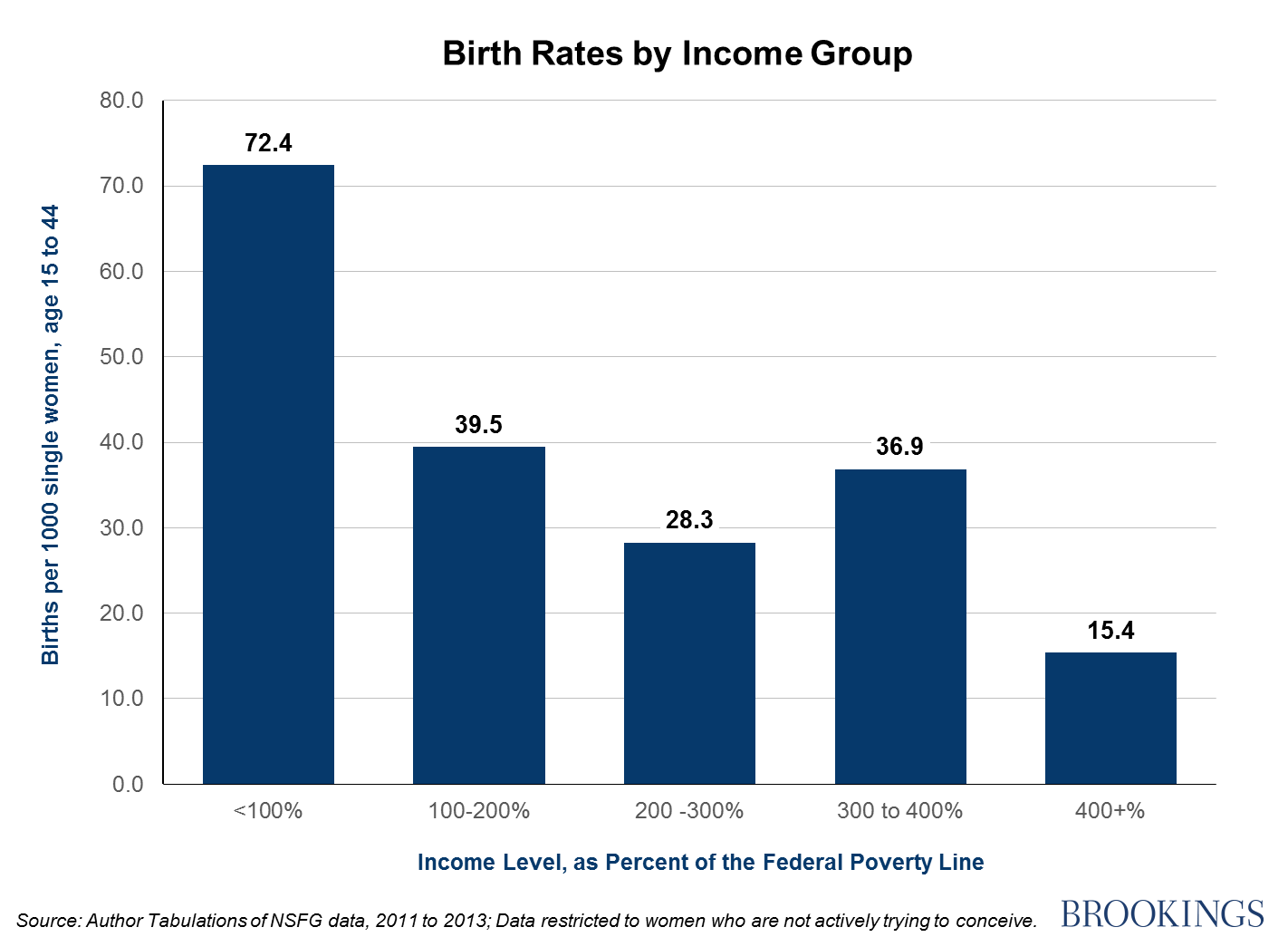 Our paper concludes: “Control of fertility varies widely between income groups. Most unmarried women are sexually active, regardless of income. But women with higher incomes are much more successful at ensuring that sex does not lead to an accidental baby. This almost certainly reflects their brighter economic and labor market prospects: simply put, they have more to lose from an unintended birth. Improving the economic and educational prospects of poorer women is therefore an important part of any strategy to reduce unintended birth rates. But there are more immediate solutions, too. Affluent women use contraception more frequently and more effectively, and there is a clear case for policies to help close this income gap, including increasing access to long-acting reversible contraceptives (LARCs). But access to affordable abortion also matters, and this is currently limited for many low-income women. There are of course strongly-held views on abortion, but it should be hard for anyone to accept such inequalities by income, especially when they are likely to reverberate across two or more generations. Abortion is a difficult choice, but it is not one that should influenced by financial status.”