Why worry about unintended pregnancy? 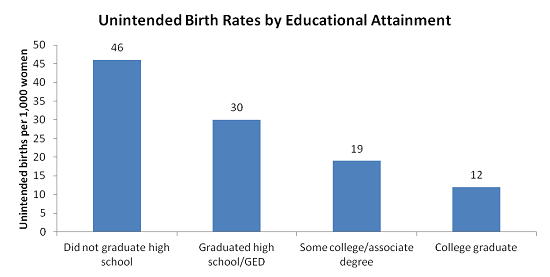 What if fewer pregnancies were unintended?

We investigated the potential impact of reducing unintended pregnancy for less educated women to the same rates as college graduates.  Helping these women have the same level of family planning control would reduce the overall share of births occurring to unmarried women from 36 percent to 27 percent. 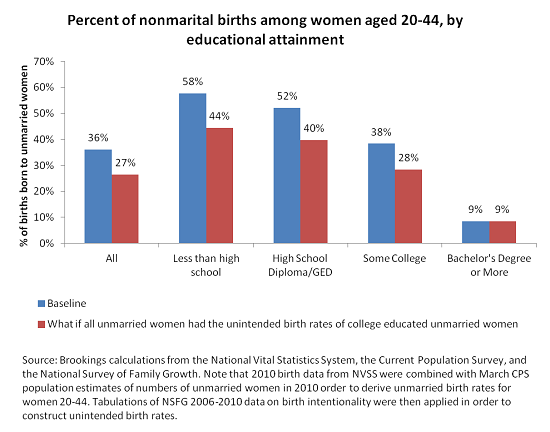 These reductions are big, but not unattainable. In the short run, reducing unintended pregnancy will require significant changes in contraceptive behavior. For instance, the Choice Project – a program that provided no-cost contraception to nearly 10,000 women in the St. Louis region (many of whom were unmarried and from low socio-economic backgrounds) – shows that getting women onto highly effective, low-maintenance  forms of contraception (e.g., IUDs or implants) can massively reduce the incidence of unintended pregnancy. In the longer term, however, radical reductions in unintended childbearing will require improving the educational attainment and economic prospects of the most disadvantaged.