With the government shutdown, the substance of health care policy is being overshadowed by political brinksmanship. But the policy goal of the Affordable Care Act—high quality, affordable health care—is vitally important, not only in itself, but also for social mobility.

The United States historically has had large differences in quality of health and care across income and socioeconomic groups, also known as health inequality: 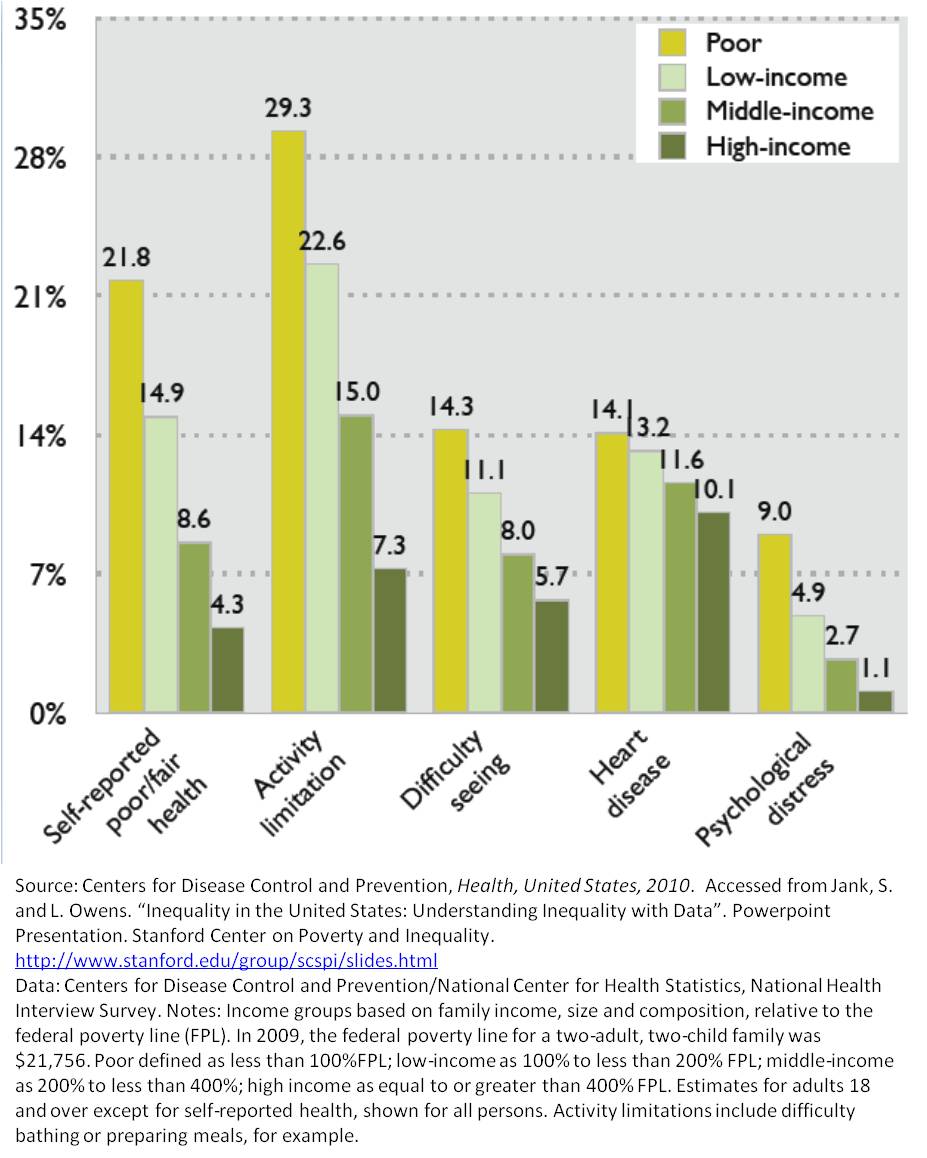 A combination of genetic, environmental, and lifestyle factors  mean that lower-income Americans are at a higher risk for many diseases, including heart disease, immune deficiency disorders, and hyper-tension. Unhealthy lifestyles, such as drug use or poor nutrition—often caused by a lack of healthy, affordable alternatives—are more common among low-income families. There is also a link between health and geography: low-income families tend to live in areas with fewer hospitals and in regions with poorer air quality which exacerbates diseases such as asthma or kidney problems. Being poor means, all too often, being in poor health, too.

The relationship between income and health is complicated by the fact that health both affects, and is affected by, income. Unhealthy people are more likely to have economic disruptions, and be less productive while working. Low-income individuals are also less likely to be able to afford preventative care or to have access to sick days to care for themselves or their children while ill. Healthy people are more likely to have the resources to remain healthy while the financial struggles of unhealthy people keep them unhealthy.

If a child’s health had no impact on their education or future wages, health inequality might be less of concern (at least for those interested in social mobility). But there’s lots of evidence that prenatal and childhood health matters a lot for life chances:

These are just a few examples of how poor health as a child hinders future success. So: health inequality may be one of factors holding back mobility in this country. Perhaps it is time to shift the conversation about healthcare away from just talking about government spreadsheets, and instead focus on the role affordable healthcare could play in promoting the American Dream.