What is the Assembly of Experts?

The Assembly of Experts for the Leadership is an 88-member body of Islamic jurists, elected by direct popular vote every eight years. According to the Constitution, the Assembly’s mandate is to appoint, monitor, and dismiss (if appropriate) the supreme leader. In practice, the Assembly has never really questioned the supreme leader. The body is comprised of a leadership council and six committees, which meet twice a year. With the limited interpretation of its mandate and the infrequency of meetings, it is no surprise that the Assembly does not have a significant effect on day-to-day politics in Iran.

With the limited interpretation of its mandate and the infrequency of meetings, it is no surprise that the Assembly does not have a significant effect on day-to-day politics in Iran.

The Assembly was first established after the 1979 Iranian Revolution to draft a new constitution. After fulfilling that task, it was disbanded until its reestablishment in 1982. Based on the eight-year polling cycle, the fifth Assembly was scheduled to be elected in 2015, but a 2009 law postponed the ballot to coincide with the 2016 parliamentary elections. Holding the elections on the same day was intended to reduce costs and will likely increase voter participation in Assembly elections. Some believe that added turnout would bolster the body’s legitimacy.

To qualify to run, candidates must be masters of Islamic jurisprudence, pass several written and oral exams, and be approved by the Guardians’ Council (Shoura-ye negahban), a 12-member body appointed by the supreme leader and the parliament. Five of the 12 Guardians’ Council members are also members of the Assembly of Experts. 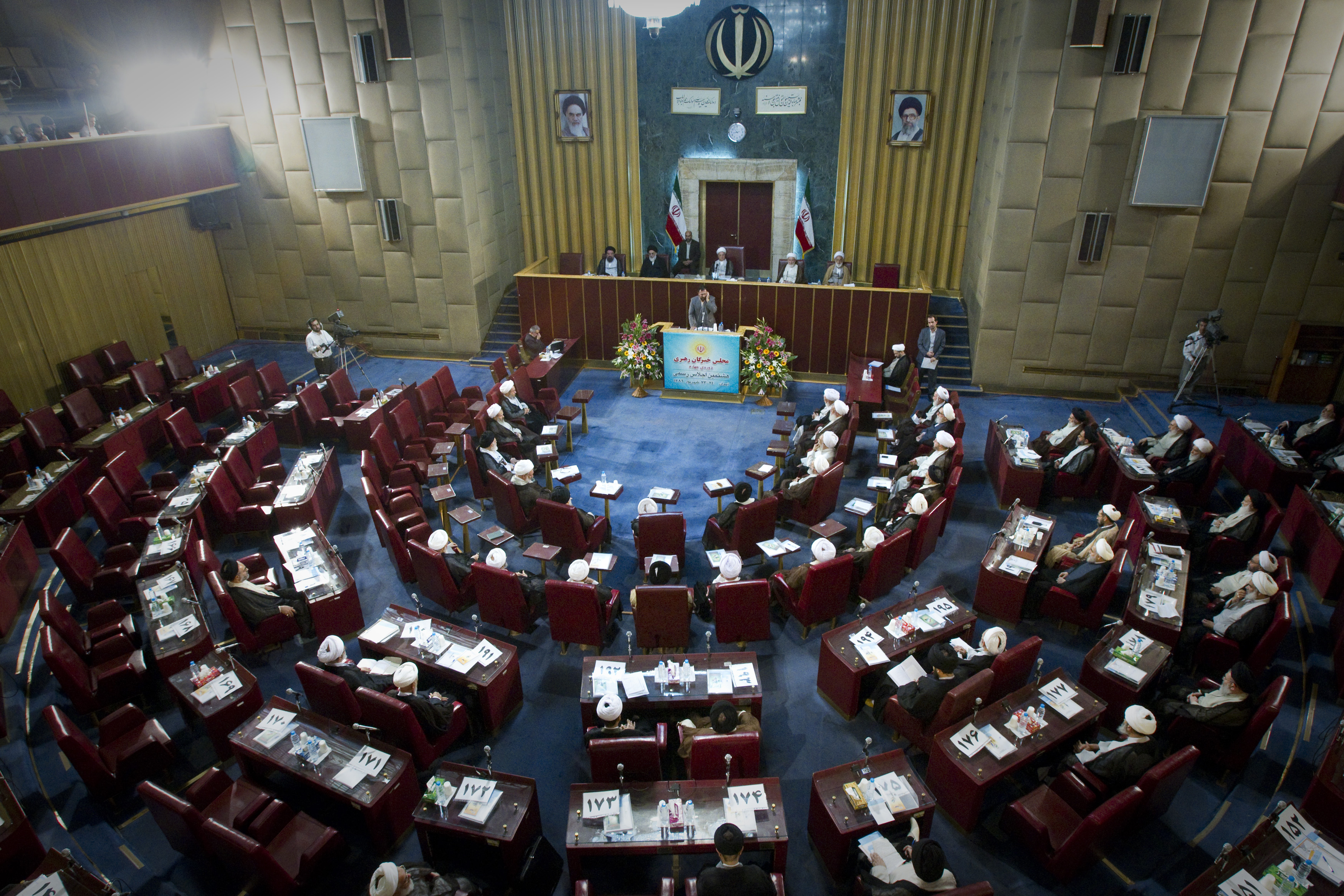 So is the power of the supreme leader really supreme?

In preparation for the 1990 elections, the oversight of the ballot and eligibility requirements for the Assembly were revised and made more stringent. At that time, the Guardians’ Council was given the task of overseeing Assembly elections, which has intensified the partisan nature of the vetting process in each ballot since.

It is very likely that the next supreme leader will be drawn from the fifth Assembly of Experts.

The 2016 race for the Assembly of Experts has seen a record number of applicants, and its limited mandate has taken on new significance because of Khamenei’s age and recent medical issues (he underwent surgery for prostate cancer in 2014). It is very likely that the next supreme leader will be drawn from the fifth Assembly of Experts. Still, while the Assembly is tasked with selecting the next supreme leader, other powerful figures and institutions—such as the Iranian Revolutionary Guard Corps—will likely influence the selection.

Just over 800 candidates have registered —although many fewer will qualify—to run for a seat in the fifth Assembly, which will sit from 2016 to 2024. This number includes 16 women. President Rouhani has served twice on the Assembly of Experts and has registered to run in this election. The Guardians’ Council is due to announce the final list of candidates later this week.

The prospects and limitations of United Nations election observation in Iraq

Marsin Alshamary and Maya Nir
Monday, May 3, 2021
Order from Chaos

Elections in Palestine: Prelude or ploy?

How will the 2020 presidential election shape U.S. policy in the Middle East?