In the face of all of the turbulence and tragedy in the Middle East today, there are a few recent positive developments, particularly the potential for political reform in Tunisia, Morocco, and Egypt. In the first case, I am generally optimistic about the long-term prospects for democratization, while I am more skeptical that any serious reform effort will take hold in the latter two cases. Nevertheless, I will lay out both positive and negative developments for each country and close with a few words on implications for U.S. policy.

Tunisia: a bright spot, with some blemishes

There are a lot of positive things to say about Tunisia, beginning with the recent awarding of the Nobel Peace Prize to the National Dialogue Quartet. That brought international recognition of Tunisia’s success and acknowledgement of the challenging road Tunisia has traveled. The 2014 presidential and parliamentary elections, deemed free and fair by international and domestic observers, are another bright spot. Tunisia was also rated this year as the only “free” Arab state by Freedom House. And Tunisia is home to a strong and vibrant civil society which, although not always victorious, has vocally criticized some recent government moves such as the counterterrorism law and truth and reconciliation efforts. 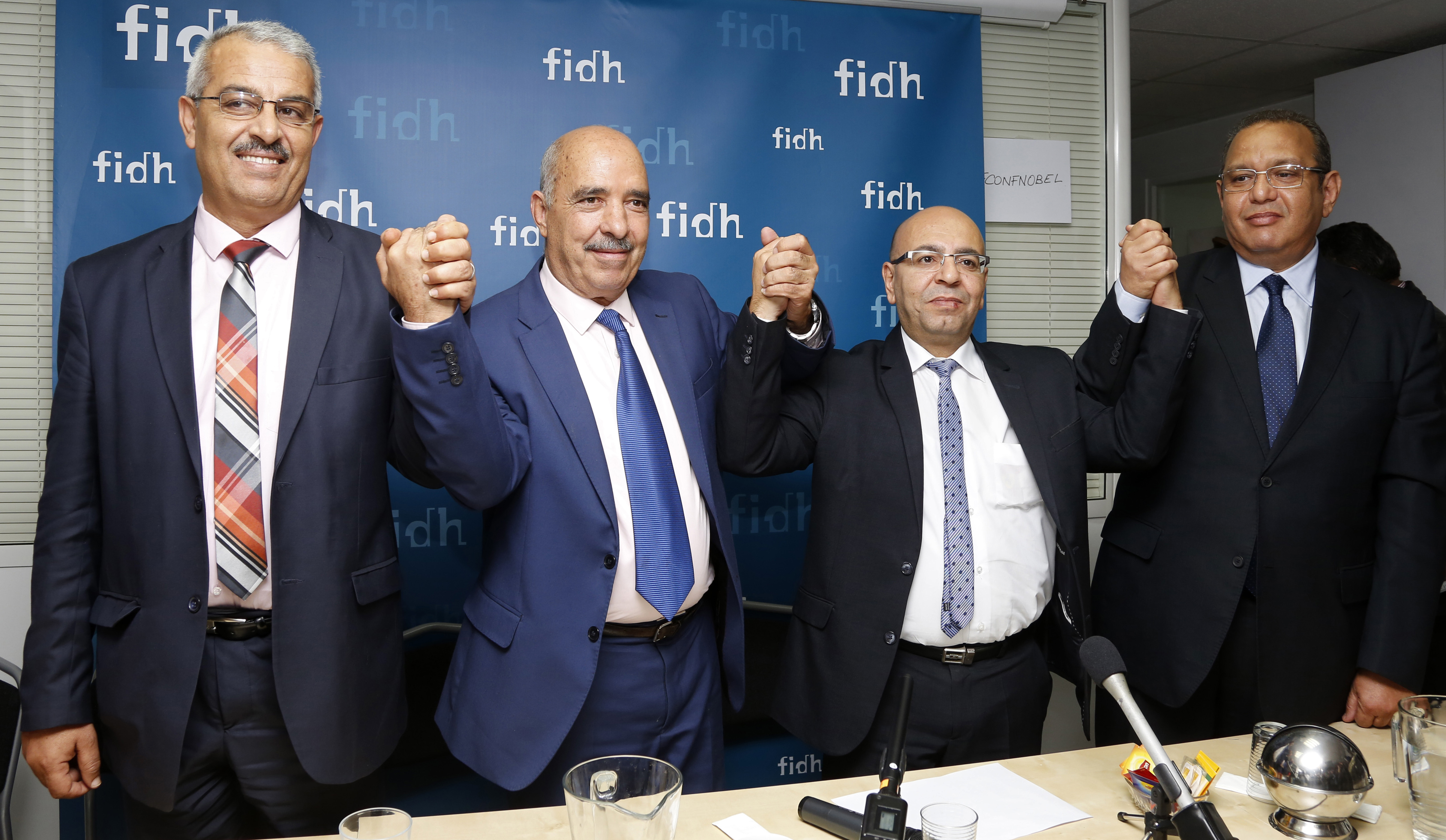 Despite these successes, Tunisia faces a few key challenges in the near future. First, Tunisia must agree on the reconciliation law and implementation of economic reconciliation measures, which have been highly controversial. Tunisia still has not adequately dealt with the abuses of the prior regime. Second, Tunisia is planning to hold its first municipal elections in October 2016 (although that date may change). These elections provide an opportunity for Tunisia to engage in a serious decentralization process and to devolve power to the local level. This is an important step in any democratic transition, and has the potential to create a more direct link between the people and their government. Decentralization can also benefit the central government by removing some of the pressure of dealing with everyday issues like trash collection and other service provision.

Tunisia also faces the risk of additional terror attacks. The government is still trying to figure out how to walk the fine line between protecting security at home and preventing backsliding towards authoritarianism, as evidenced by the new anti-terror law, mass arrests, and imposition of emergency law following this summer’s terrorist attack in Sousse. This requires further professionalization of law enforcement and other security services as part of a larger security sector reform project.

Morocco has made some positive progress towards democratic reform. The 2011 protests brought about a new constitution and an elected parliament with an Islamist head of government, Abdelilah Benkirane. This is significant both because Benkirane’s mainstream Islamist party, the Justice and Development Party (PJD), had been squarely in the opposition prior to 2011, and because the PJD is the only Islamist party that was voted into power after the Arab Spring and that remains there.

Last month Morocco held its first regional and municipal elections under a new decentralization process. The idea on paper is to devolve power from the central government to local governments. This would both alleviate the burden on the central government and provide a more direct link between the people and government, much like I just discussed in the case of Tunisia. But, like much of Morocco’s reform process, in reality the decentralization effort does not shift any real power to the local government, as the provincial governors (Walis), who are appointed by the king, retain ultimate veto power over the regional councils.

I am skeptical of Morocco’s chances of achieving real reform for several reasons. First, the 2011 constitution did not initiate real change. Most of the power remains in hands of the king or the Makhzen (ruling inner circle). Additionally, four years later, many of the organic laws that make up the constitution remain unimplemented, with no clear plans to move forward on implementation. Thus, while the constitution is an impressive document on paper, it is not reflected in the Moroccan political reality.

Even more troubling, over the past year the government of Morocco has started seriously cracking down on journalists and opposition figures, including by forbidding human rights associations to gather and threatening activists with criminal charges. Furthermore, the next steps in Morocco’s reform process have not been articulated. The recent decentralization effort was seen as the big push towards reform. Now that that process is largely complete, we will have to wait and see what, if anything, the government of Morocco will do to keep the reform process progressing.

It is challenging to find positive signs of progress in Egypt, but the parliamentary elections currently taking place do offer a glimmer of hope. First, since Egypt has been without a parliament since 2012, the fact that Egypt has finally chosen to hold a parliamentary election is, on balance, good. Second, the Egyptian government is allowing domestic and international observers—including NGOs and foreign embassies—which has not always been the case. And third, theoretically, parliament could wield some influence and serve as a check against President el-Sissi’s power. According to Egypt’s 2014 constitution, the parliament must approve the president’s cabinet and can call for early elections to remove the president with a two-thirds vote.

However, these checks on presidential power only work if Egypt’s elects parliamentarians that share at least minimally different views from the president and are willing to sacrifice their own political future (and maybe even jail time) in going against him. So who are the candidates for the parliament? Many former army and police officers as well as former members of Mubarak’s party, the National Democratic Party (NDP), are running on a few different party lists and as individual candidates. Several of the party lists are overtly pro-regime, including “For the Love of Egypt,” which is expected to perform the best of the lists. The “Egyptian Front Coalition” is widely known to be closely associated with the Mubarak regime. Finally, most of those who would make up the opposition are either disqualified from running or boycotting the elections. Many leftists, for example, are so skeptical of the parliament’s ability to effect change they have chosen not to run. The Muslim Brotherhood-affiliated Freedom and Justice Party, which won a plurality in Egypt’s last parliamentary elections (in 2011), was banned and dissolved in 2014.

The first big test for parliament will be reviewing the over 200 decree-laws that President el-Sissi issued in the absence of a parliament. While the constitution requires that all such decrees be submitted immediately to parliament and revoked if parliament fails to act within 15 days, a parliament, likely to be made up of el-Sissi supporters, will probably just approve all the decrees in a single vote without even reading them. Skepticism of the parliament will likely impact voter turnout as well, where predictions put turnout significantly lower than the November 2011 elections. Should both Egypt and Morocco end up with largely powerless parliaments, policymakers will, one hopes, finally learn the lesson that scholars of democratic transitions have known for decades—elections do not a democracy make.

What should Washington do?

The current administration has shown little interest in pushing for political reform in the Middle East. President Obama has made clear in his public remarks that democracy and human rights, while important, are not core interests of the United States.

[T]he U.S. government’s distribution of aid dollars does not match that [pro-democracy] rhetoric.

While the White House and the State Department rhetorically support democratic reform and have publicly praised Tunisia’s success pretty effusively, the U.S. government’s distribution of aid dollars does not match that rhetoric. In particular, the relatively low levels of both military and economic support for Tunisia belie a genuine desire to support Tunisia’s efforts to consolidate its democratic gains. This contradiction is particularly stark when juxtaposed with the billion-dollar aid packages going to Egypt and Jordan despite authoritarian backsliding in the first case and a lack of democratic progress in the second. Certainly each case is unique and Jordan, in particular, faces a very different set of challenges from Tunisia. But if the administration is serious about supporting political reform, it should back up that rhetorical support with a consistent and substantial aid package.

Regardless of whether the next president is a Democrat or a Republican, he or she is unlikely to spend much time and effort pushing for democracy in the Arab world. It is telling that this issue has not come up in any of the debates thus far. Most of the candidates in both parties are likely to maintain our current relationships with Egypt, Morocco, and elsewhere, and I do not expect the next administration to shift back towards the George W. Bush “Freedom Agenda” model, for better or for worse.

Editor’s Note: This post is an adapted version of Sarah’s opening remarks at a private, off-the-record discussion hosted by the Center for Middle East Policy on October 15.