I calculate the month-over-month change in total nonfarm payrolls, seasonally adjusted by the 3×9 filter, for the most recent month. The corresponding data as published by the BLS are shown for comparison purposes. According to the alternative seasonal adjustments, the economy gained 328,000 new jobs last month, 36,000 more jobs than the official total. Data updates released today for prior months also reveal some differences between my figure and the official job gains numbers from prior months. While the official BLS numbers for November were updated to 252,000 new jobs, my alternative adjustment indicates that 289,000 new jobs were added, 37,000 more than the official number. The discrepancies between the two series are explained in my paper.

For the month of December, higher-than-average temperatures appear to have had a significant effect on jobs, with warmer weather likely boosting construction employment above its seasonal norms. Our weather-adjusted estimate of 269,000 new jobs factors out the effects of unusual weather, which we estimate were roughly 23,000 new jobs. 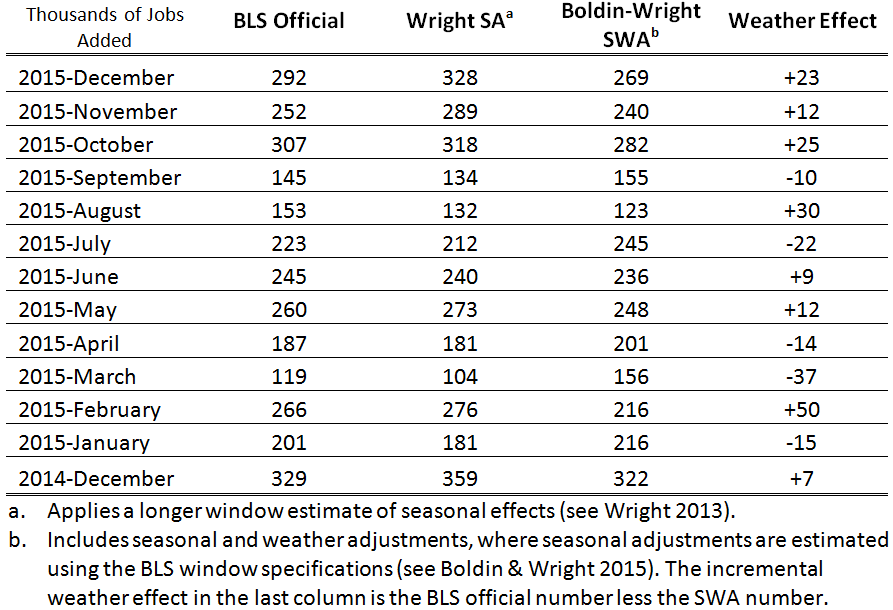