I calculate the month-over-month change in total nonfarm payrolls, seasonally adjusted by the 3×9 filter, for the most recent month. The corresponding data as published by the BLS are shown for comparison purposes. According to the alternative seasonal adjustments, the economy gained 206,000 jobs last month. The Bureau of Labor Statistics reported that the economy gained 215,000 jobs last month. The discrepancies between the two series are explained in my paper. 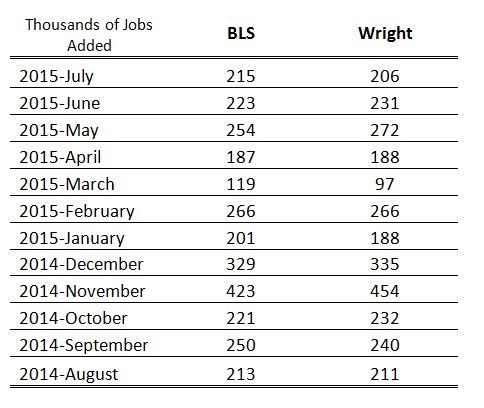