In May, the unemployment rate ticked up by 10 basis points to reach 5.5 percent, while the model was anticipating a 20 basis points decline. This is the second consecutive large miss for the model, which has been very optimistic in the recent months, anticipating large unemployment declines that did not materialize. The miss this past month was due to (i) a slightly lower than expected gains in worker’s job finding rate (U to E, figure 4), and most importantly, (ii) a very large decline in the rate at which workers leave the labor force (U to N, figure 4), which contributed to raise unemployment in May. Since that second factor is expected to be transitory, the model remains optimistic going forward. The model predicts a jobless rate of 5.4 percent for June, declining steadily thereafter to reach 4.7 percent by the end of the year. 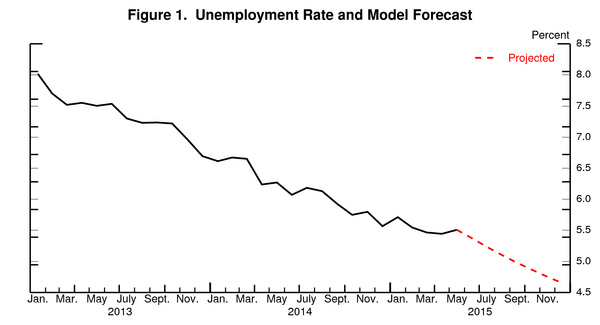 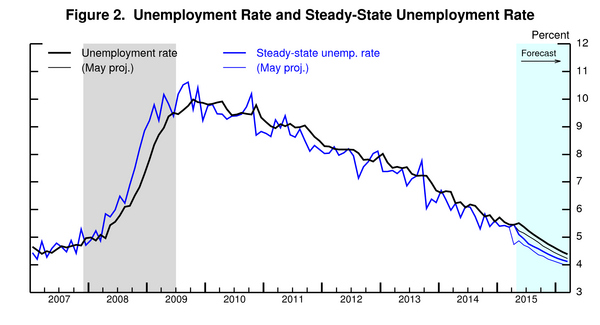 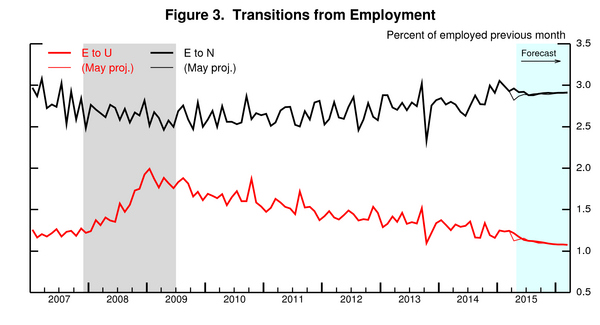 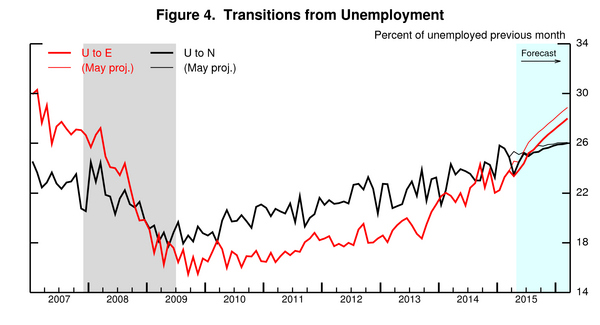