In March, the unemployment rate remained steady at 5.5%, as anticipated by the model. Going forward, the contour of the forecast is broadly unchanged with a fast decline in unemployment over the next 6 months. In fact, the model anticipates a large drop in unemployment in April, with a jobless rate at 5.2 percent (so a 0.3 percentage point drop), going down to reach 4.5% by September 2015. 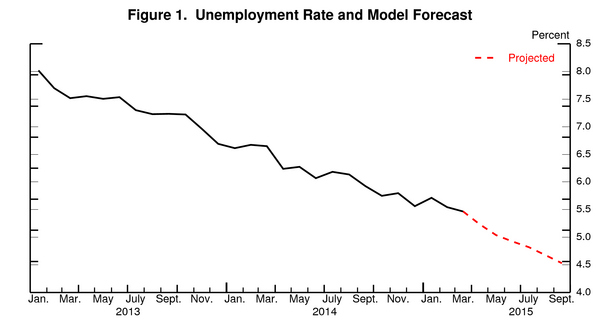 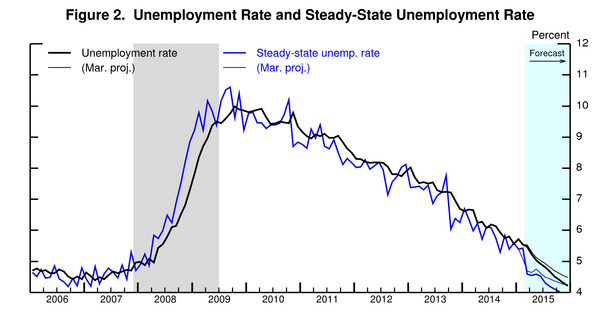 Interestingly, for the first time in the past 3 years, the model anticipates the job finding rate (U-E) to return to its pre-crisis level within the forecast horizon (figure 4), which would then mark the end of the decline in unemployment. 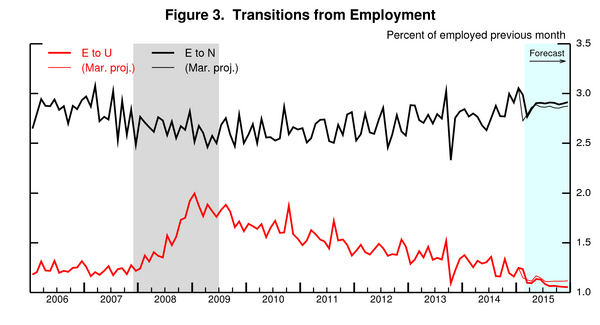 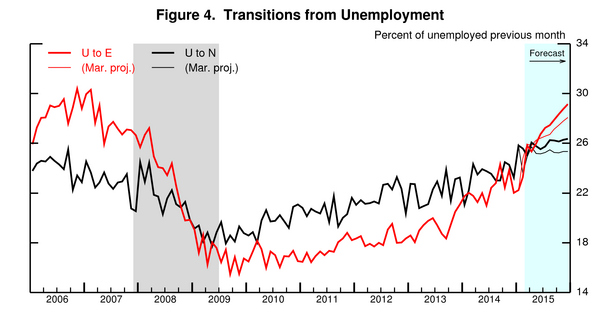 [1] An exception is the government shutdown in the Fall of 2013, but there are many reasons to believe that the flow data were severely affected by the shutdown and thus did not accurately reflect the state of the labor market.