In January, the unemployment rate increased by 10 basis points to 5.7 percent, whereas the model anticipated 10 basis points decline. The difference owes to an unexpected large drop in workers’ job finding rate last month. According to the model, this drop is transitory (likely “noise” in the data) and should be reversed over the next two months. As a result, the contour of the forecast is unchanged compared to last month, and I still expect unemployment to decline over the next 6 months with a jobless rate at 5.2 percent by June 2015. 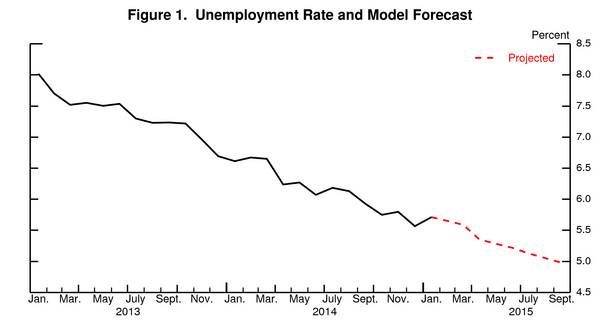 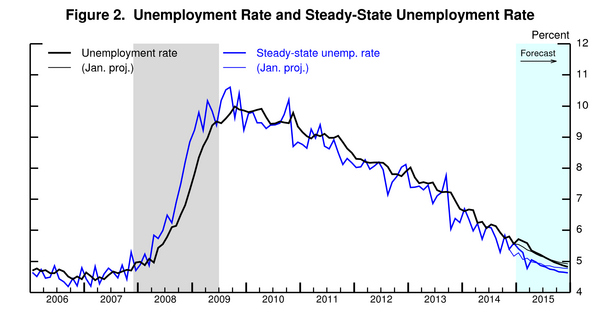 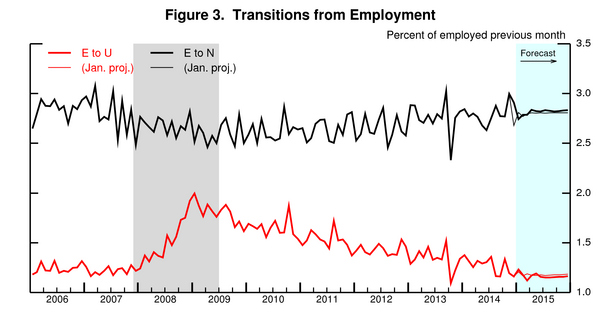 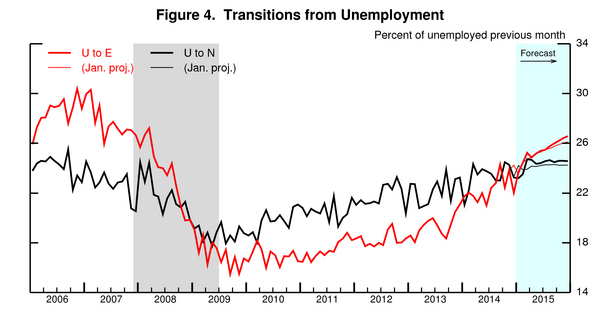