In September, the unemployment rate declined to 5.9%, 0.2% lower than I expected. The difference owes to a stronger than expected decline in workers’ job separation rate (layoffs). Since the separation rate is now back at its pre-recession level, there is little further gain to expect from this front, and I continue to expect the unemployment rate to remain steady over the next 6 months with a jobless rate of 5.9% in October and 5.8% in March 2015. 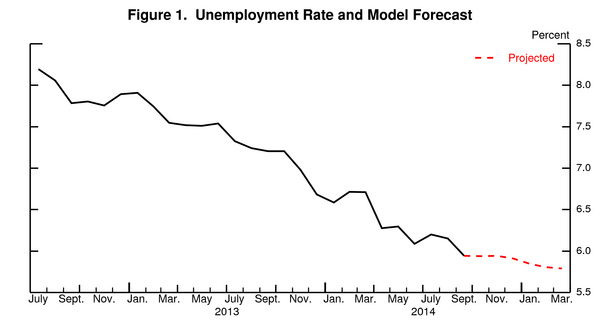 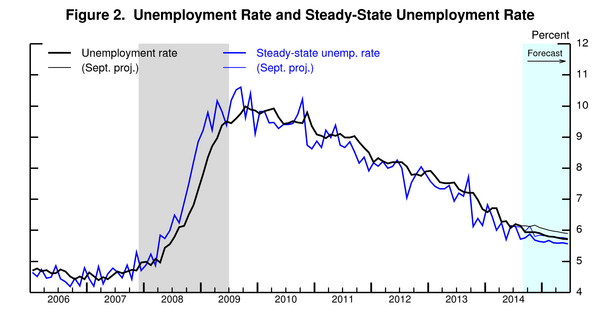 To forecast the behavior of steady-state unemployment, the model propagates forward its best estimate for how the flows in and out of unemployment will evolve over time. Since the separation rate is now back at its pre-recession level (figure 3), there is little further gain to expect from this front, and the forecasts of the flows have been little affected. Thus, apart from a lower level, the model continues to anticipate the unemployment rate to remain steady over the next six months. 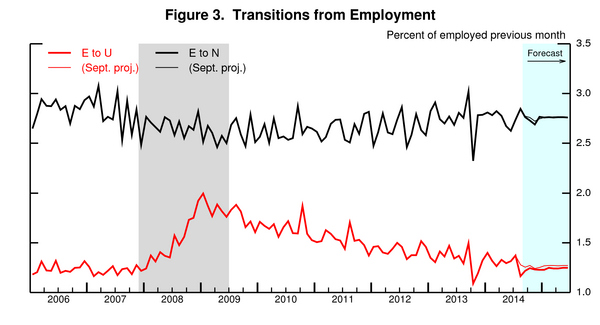 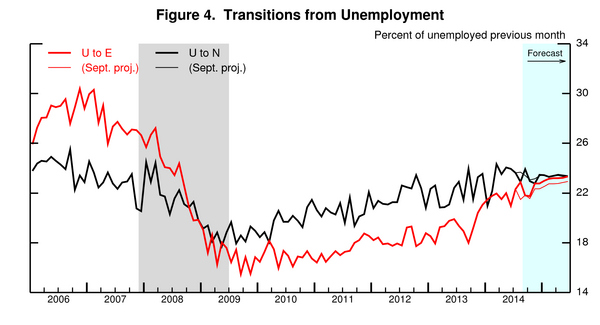