Employers added 142,000 jobs in August, according to today’s employment report from the Bureau of Labor Statistics. This rate of job creation represents a slowdown from that of previous months, and is the first time the economy gained fewer than 200,000 jobs over the month since January of this year. Although the unemployment rate has steadily declined since 2011, reaching 6.1 percent last month, the broader measure of the employment-to-population ratio, which includes people who have stopped looking for work, has changed little since the end of the Great Recession. It currently stands at 59.0 percent, up less than 1 percentage point over the last five years, and far less than its pre-recession level of 62.7 percent in late 2007.

Each month, The Hamilton Project calculates America’s “jobs gap,” or the number of jobs that the U.S. economy needs to create in order to return to pre-recession employment levels while absorbing the people who newly enter the labor force each month. As of the end of August 2014, our nation faces a jobs gap of 5.6 million jobs. 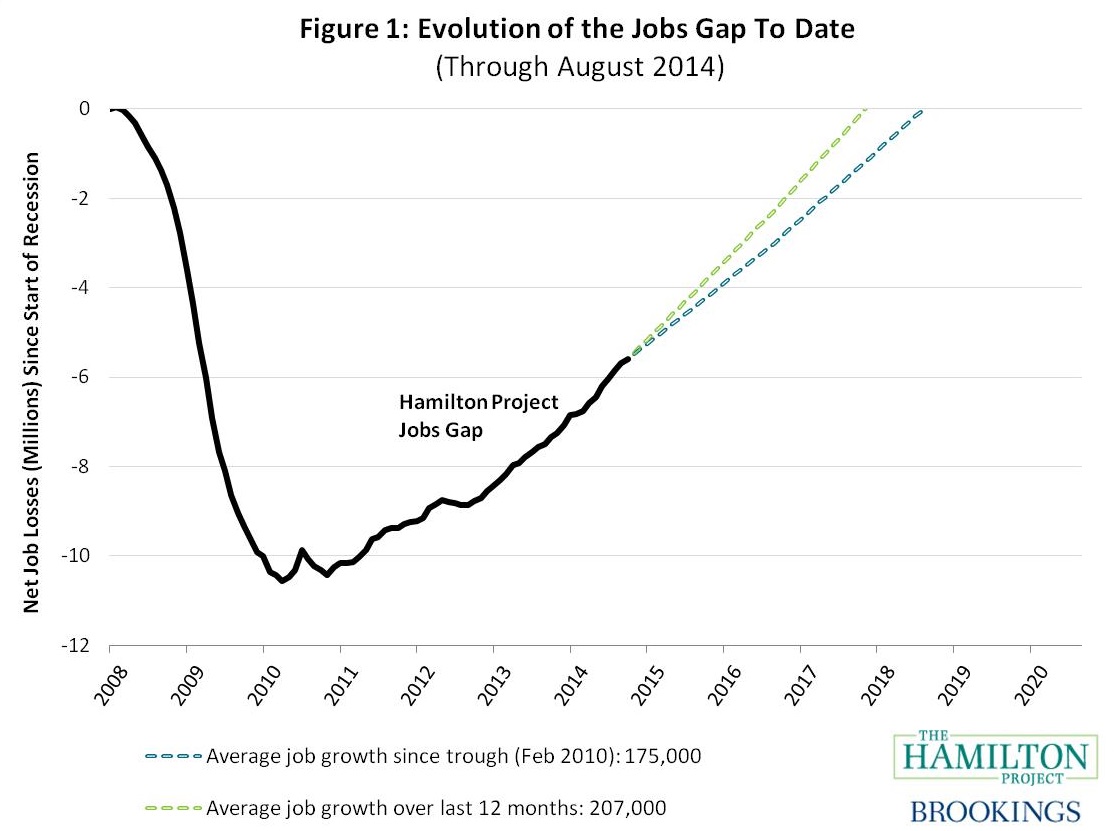 This picture of a steady—if prolonged—labor market recovery masks stark differences between the private and public sectors. The private sector has now seen 54 straight months of payroll gains totaling 10.0 million jobs; the public sector has actually lost more than half a million jobs over the same period. In an August 2012 analysis, The Hamilton Project discussed the decline in public-sector employment, noting that the share of the population in government jobs was at a 40-year low. 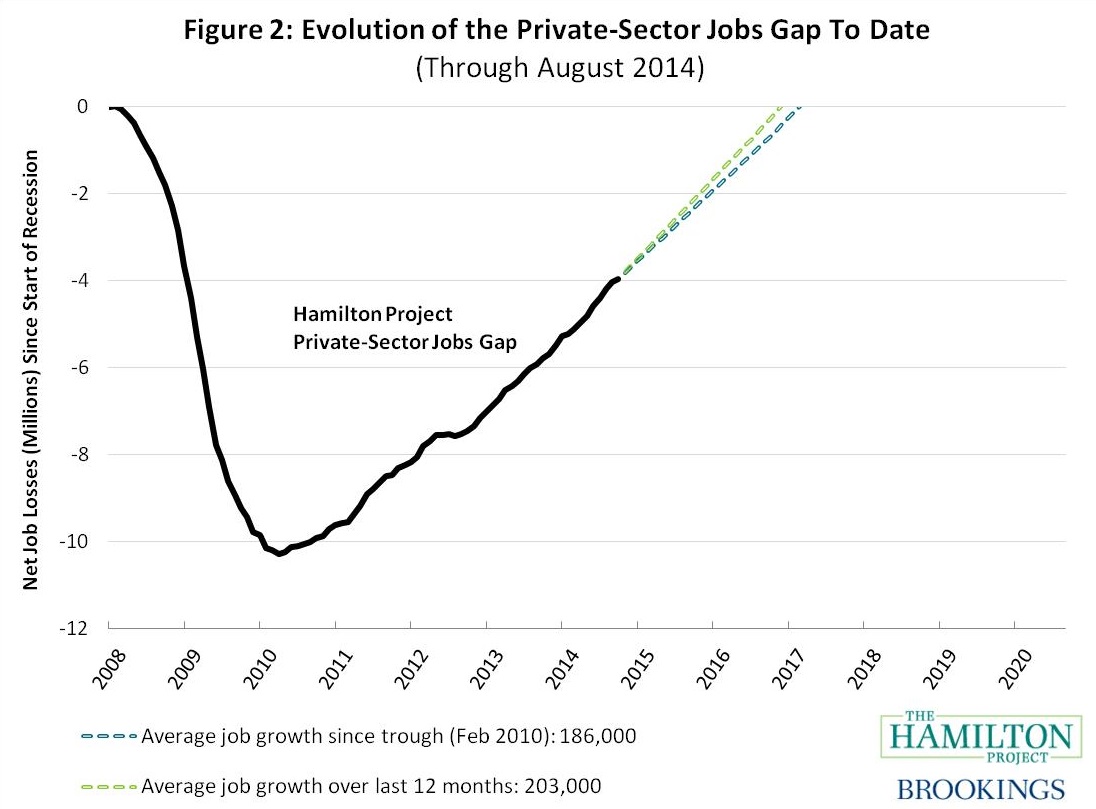 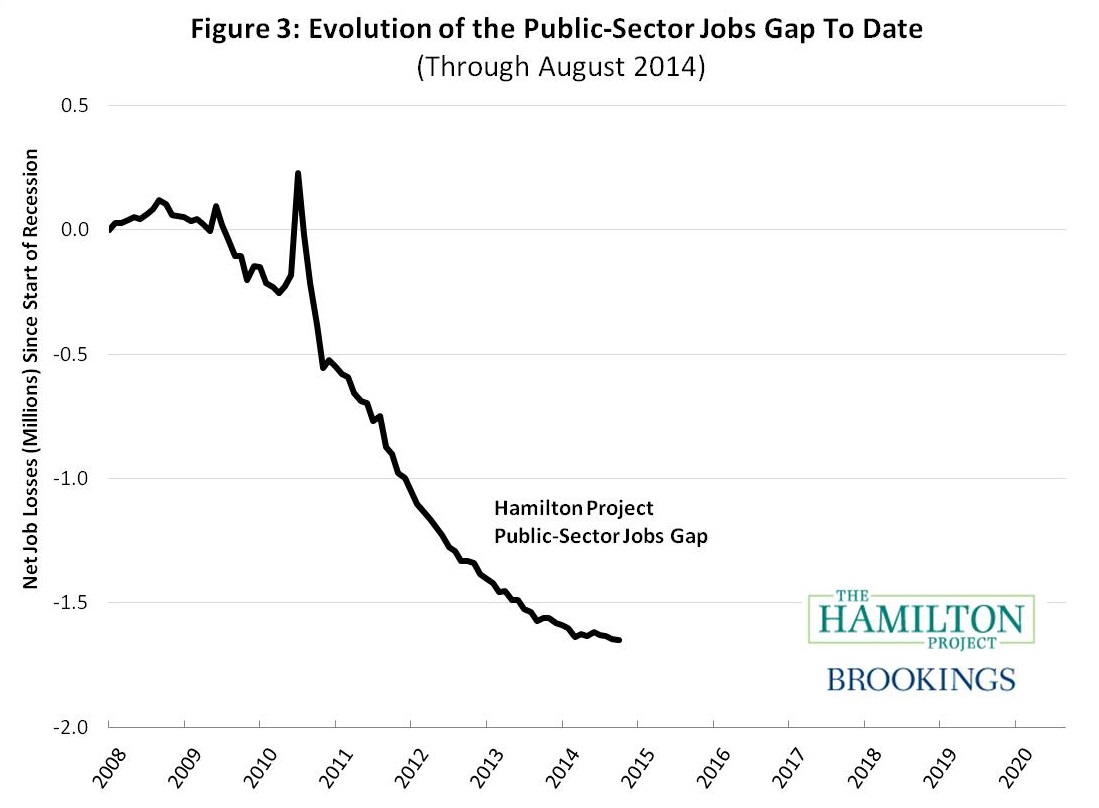 [1] Public-sector job losses were temporarily reversed in the spring of 2010 by the hiring of short-term workers for the 2010 Census, represented by the spike in the figure.