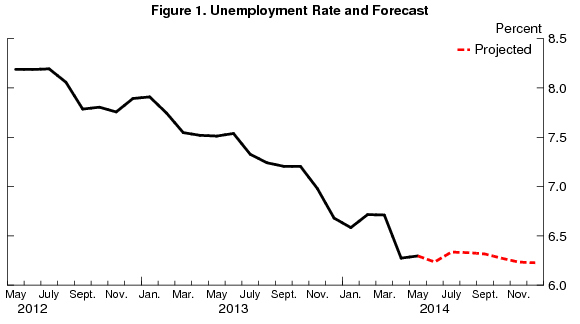 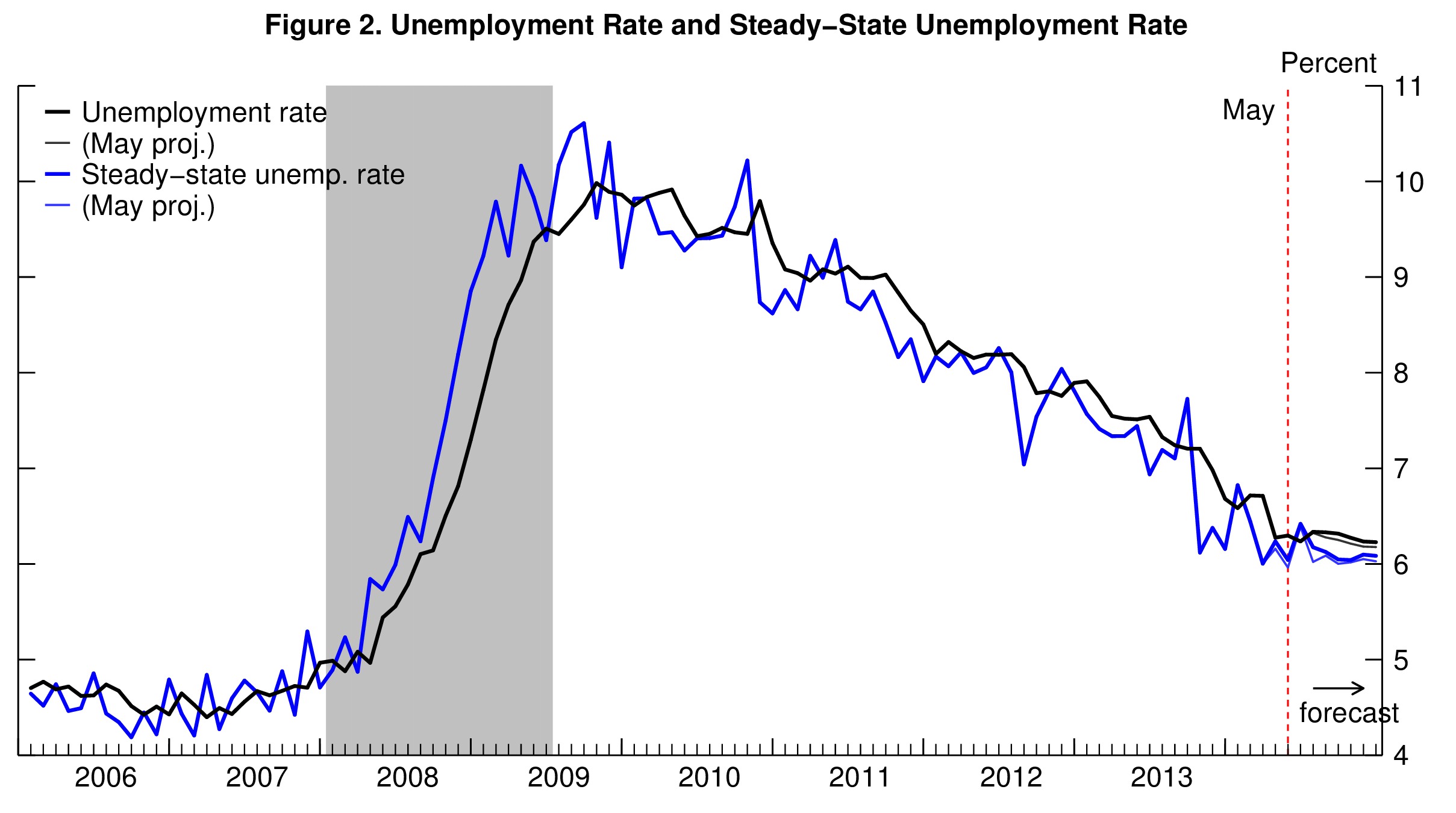 To forecast the behavior of steady-state unemployment, the model propagates forward its best estimate for how the flows in and out of unemployment will evolve over time. The forecasts for the flows are barely changed compared to last month. The job separation rate will remain roughly flat, being almost back at its pre-recession level (figure 3), but the job finding rate will increase in the last quarter of the year (figure 4), which will push down the steady-state unemployment rate. 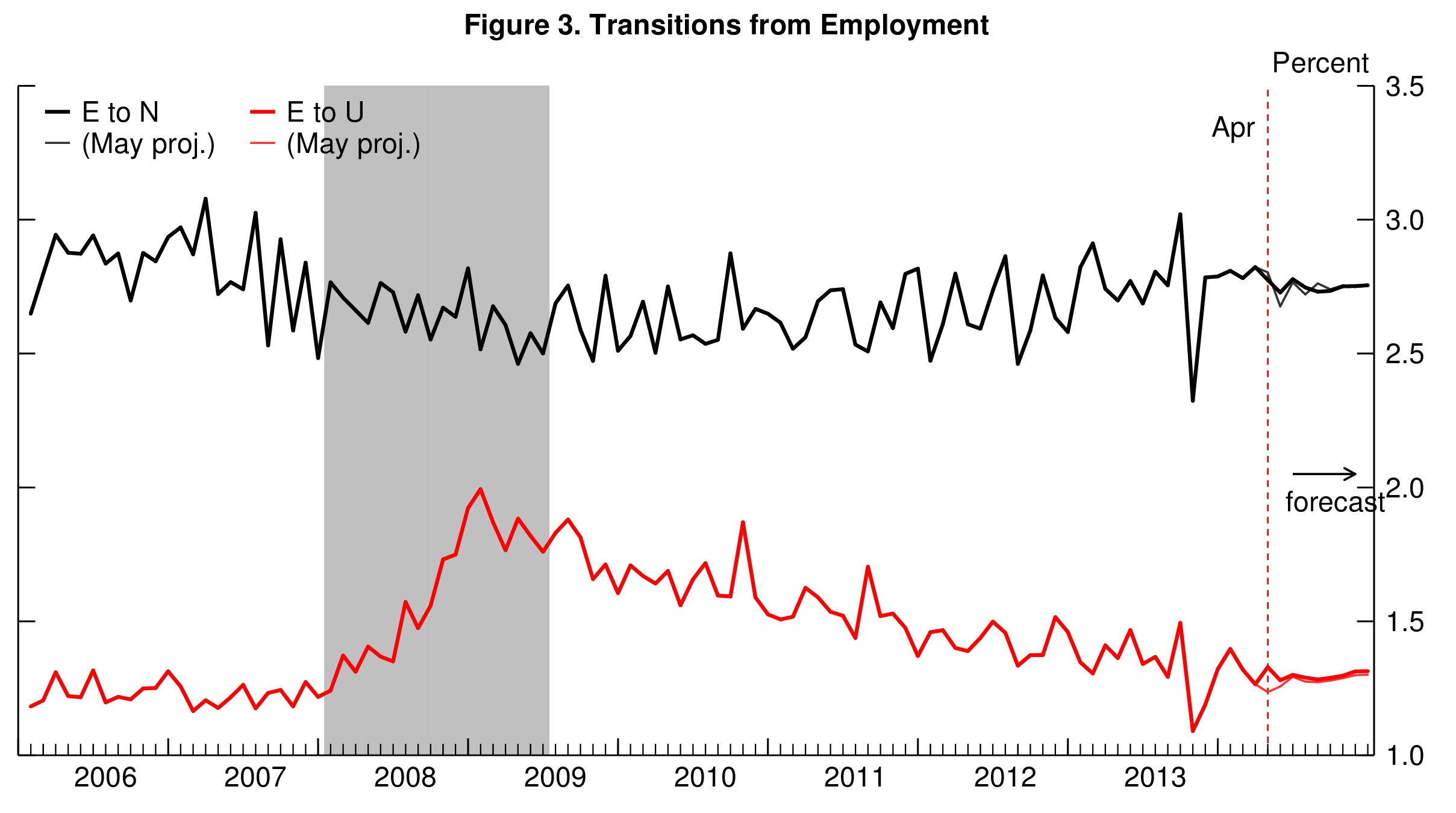 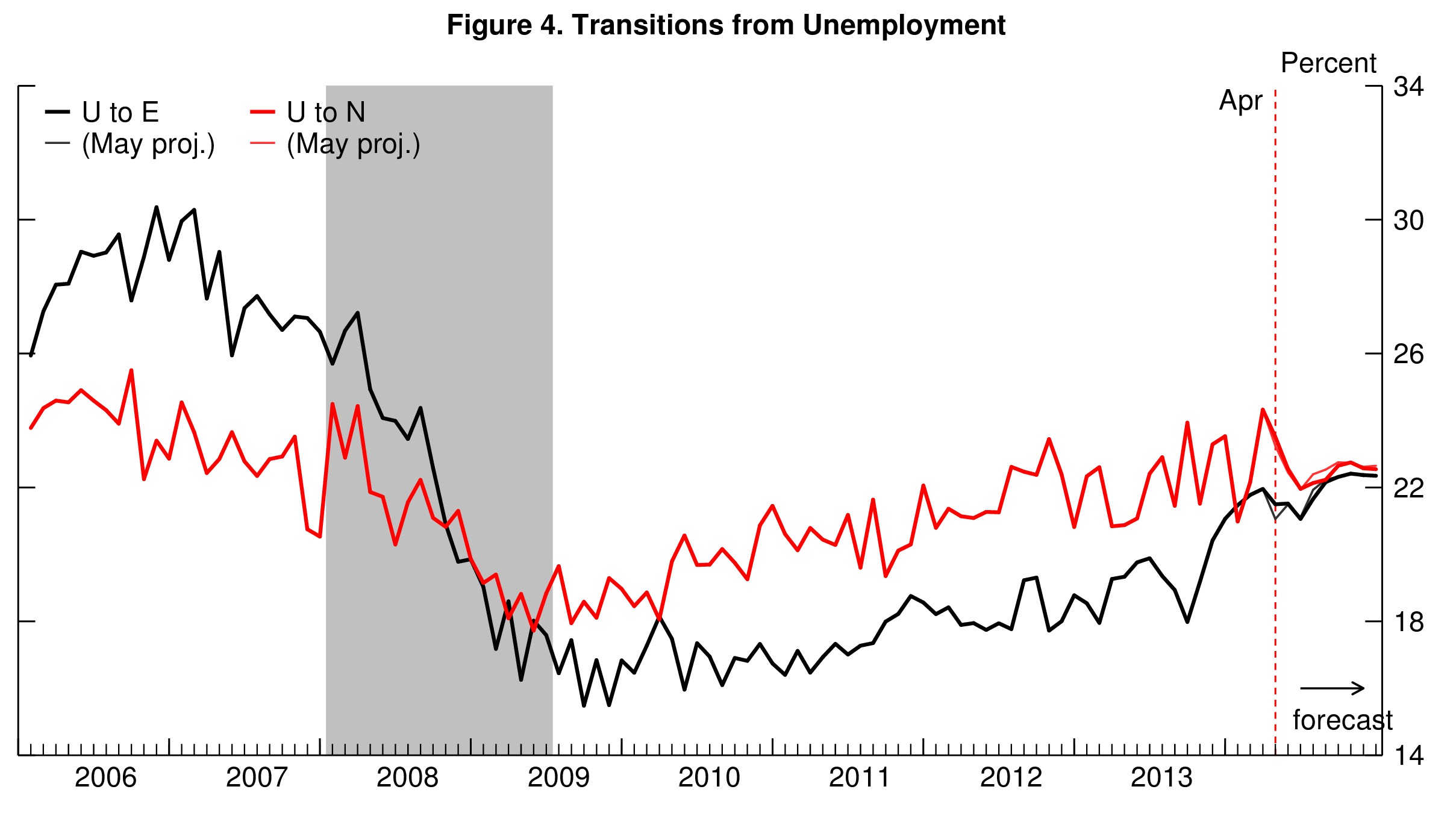