In October, the unemployment rate decreased to 7.0%, as expected by the model as of September (before the government shutdown substantially distorted the October employment report [see my previous post]). My outlook for the labor market remains strong, in line with the September forecast. I expect unemployment to decline at a steady pace over the next six months with a decline of about 0.1 percentage points per month and an unemployment rate of 6.3% by June 2014. 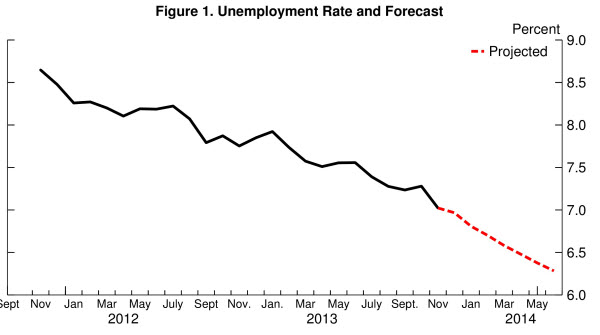 Because our flow-approach to unemployment forecasting relies on worker flow data that are calculated from two consecutive employment reports, the distorted October employment report continues to affect our model’s unemployment forecast this month. To overcome this problem, I am relying this month on a slightly simpler forecasting model which performs as well as the usual model but relies much less heavily on the October employment report (and thus produces much more reliable forecasts in this particular instance). The only caveat is that the two-state model cannot forecast the labor force participation rate. 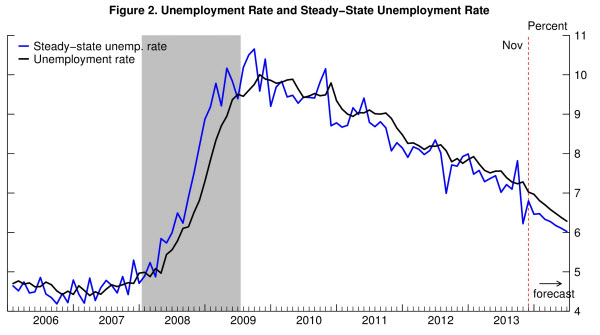