Despite the government shutdown, job creation was much stronger than expected in October, recording a 204,000 jump versus consensus expectations of 120,000. While furloughed government workers were included in the employment count, analysts were focused on the private employment number which was forecast to be weak (125,000) partly as a result of furloughed government contractors who would not be included in the payroll count. Furthermore, people were concerned that the dysfunction in Washington would squelch hiring plans.

In contrast to these fears private employment jumped 212,000 and upward revisions to August and September added an additional 60,000 jobs. All of this suggests a much more resilient economy than many had expected and likely puts Fed tapering back on the table. Fortunately for the Fed there is lots of time and data releases to chew on between now and the December 17-18 FOMC meeting, including the November employment report. If this data confirms the strength exhibited by today’s employment report, the markets may get the lump of coal they fear. Whether the fear of tapering amidst a stronger economy is justified will be left for a future discussion.

Over the last three months, private employment has grown a very respectable 190,000 (Figure 1), reversing what looked to be a summer slowdown in employment. The strength in employment was evident across the board, with every sector of the economy increasing hiring except the federal government which continues to shed jobs. Construction payrolls notched another double digit gain after weakness in the spring and early summer (Figure 2). After being a drag on the economy, the rebound in real-estate could have far reaching affects. One potential red flag is the recent weakness in temporary help hiring (Figure 3). Temps tend to be a leading indicator of future employment. The temp slowdown may have been driven by fears and then the realization of the government shutdown, or is a potential harbinger of future softness. 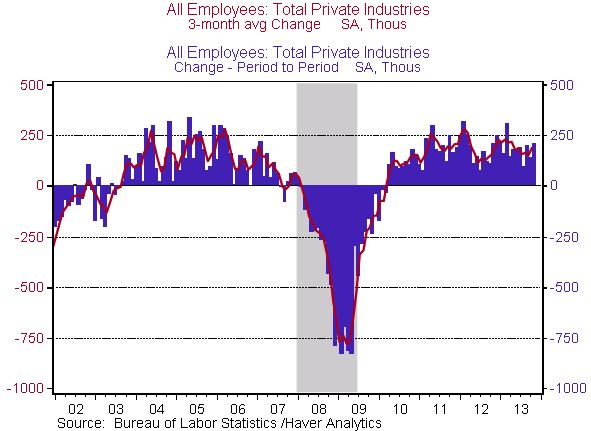 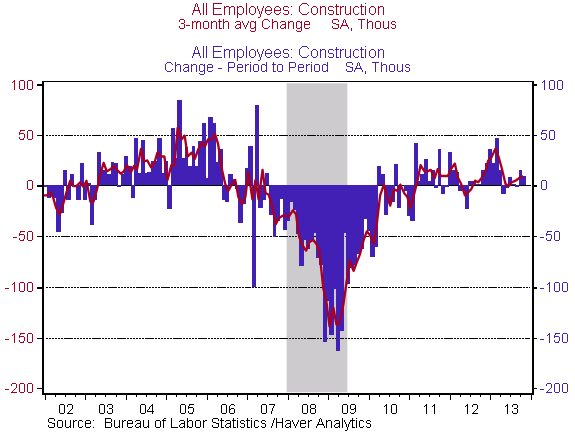 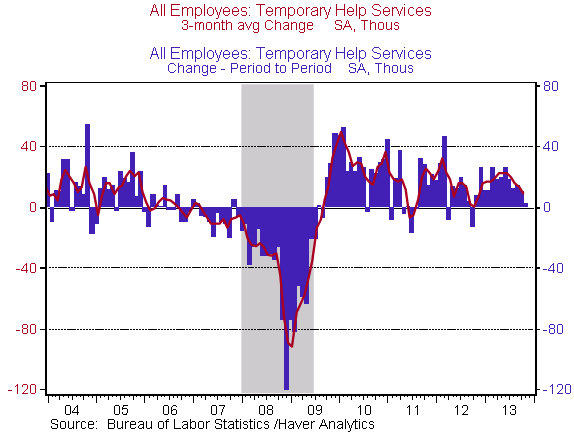 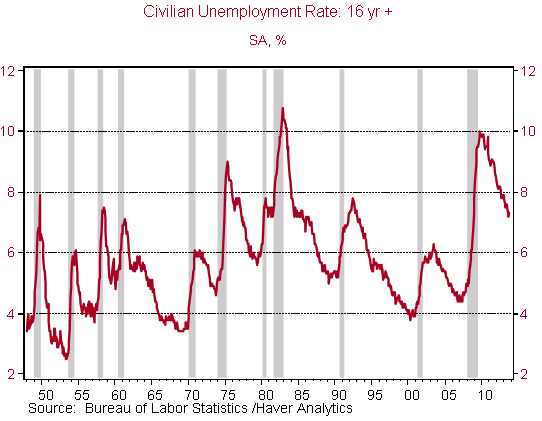 One of the most striking features of the current recovery has been the decline in the Labor Force Participation rate, which tumbled 0.4 percentage points in October (Figure 5). Some of this drop is likely the result of the furlough and should be reversed in November. However, much of the steady decline over the last five years has been the result of discouraged workers who lost their jobs and have been unable to find a new ones. This is most evident in the continued elevated rate of long-term unemployed (Figure 6). While the short-term unemployment rate has declined to normal levels, the long-term unemployment rate remains above the peak levels of the last 65 years. 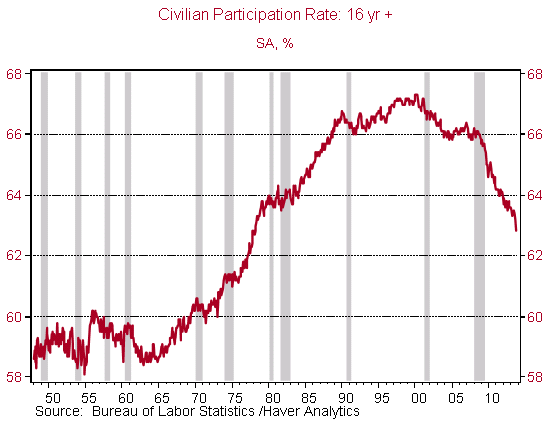 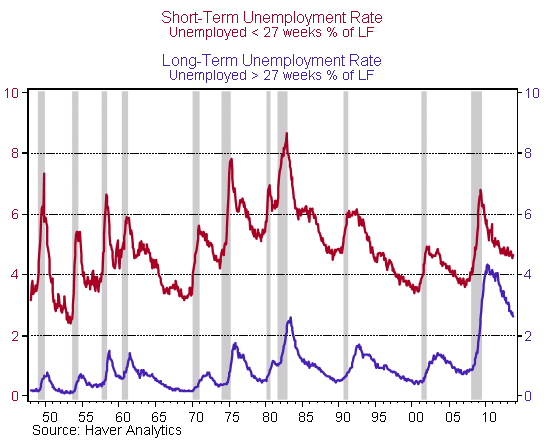 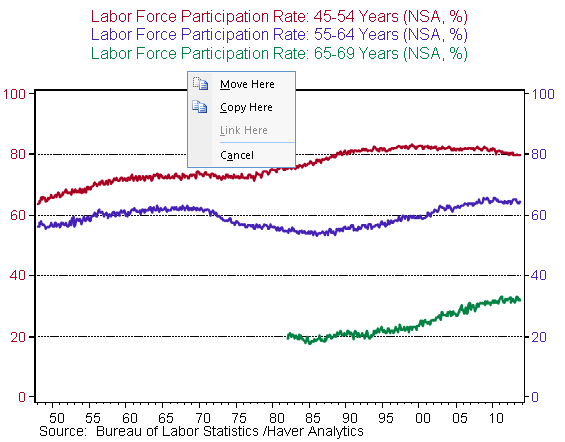 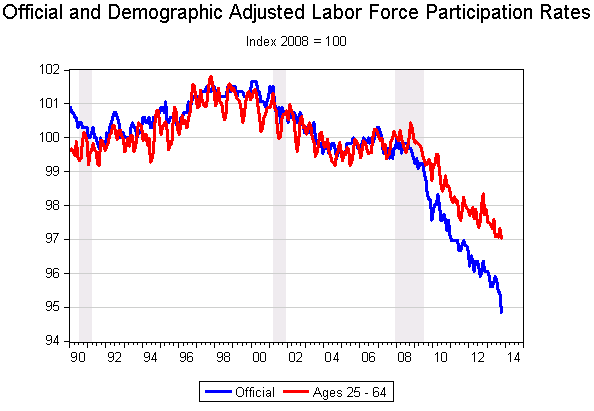 [1] It is notable that the participation rate ages 55+ has been rising, likely the result of better health care and increased life expectancy.