Due to the government shut-down, the unemployment rate for September may not be released on Friday. Here is the closest substitute: the most accurate forecasting model predicts 7.2% for September. 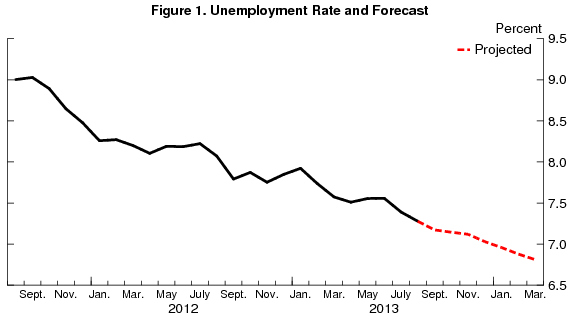 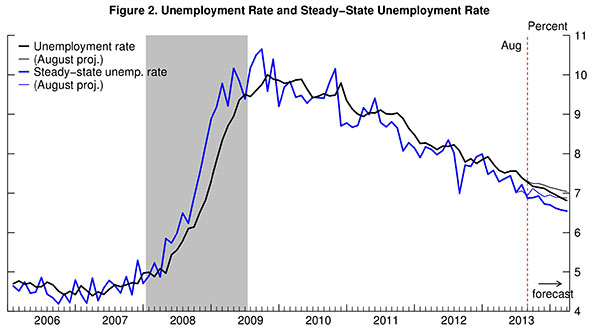 To forecast the behavior of steady-state unemployment (and hence of the actual unemployment rate), the model propagates forward its best estimate for how the flows between employment, unemployment and out-of-the labor force will evolve over time. Despite the large drop in new claims for unemployment insurance at the beginning of September, the number of job openings continues to be desperately flat since March. So it is a little puzzling to see the model anticipating a rebound in hiring towards the end of the year (figure 3). Since the model’s greatest strength lies in near-term forecasts (next 3 months), I am tempted to take the 2014 forecasts as a lower-bound for the future level of unemployment. 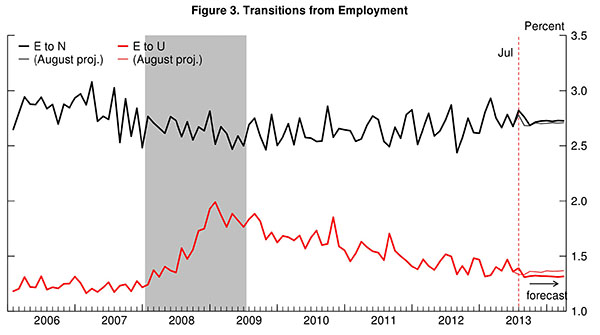 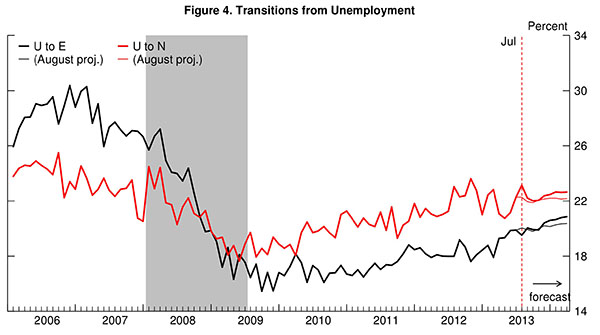