The unemployment numbers for May were slightly higher than expected as of last month’s forecast because of a blip in workers’ transition rate out of the labor force—although it is likely to be transitory. Going forward, the contour of the forecast is broadly unchanged compared to last month, but the anticipated decline in unemployment is not as strong, in part because of disappointing news on the job openings front. 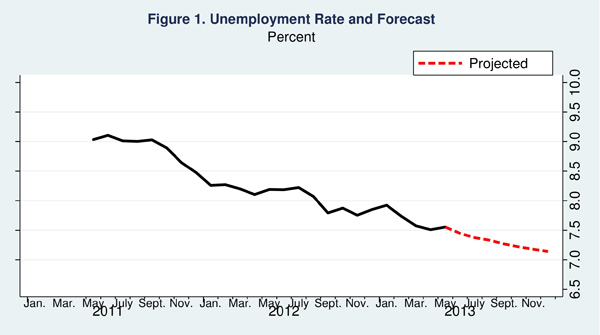 In April, the unemployment rate increased to 7.55% (rounded to 7.6%), higher than the model’s forecast (7.44%, rounded to 7.4%, see Table 1). Each month, the labor market is characterized by large flows of workers transiting between employment, unemployment or out-of-the-labor-force (see my introductory post for a refresher on the worker flow view of labor market). In particular, each month, a fraction of the unemployed stop searching for a job and leave the labor force—possibly because of discouragement in finding a job (the U-N transitions, Figure 4). Last month, that fraction was smaller than anticipated (perhaps because of less discouragement), which caused both the unemployment rate and participation rate to increase. However, the model sees this as a transitory blip that will revert itself next month, and the contour of the forecast is not affected by this change.

Going forward, the model anticipates a labor market recovery, albeit at a slower pace than previously thought: the jobless rate is now projected to reach 7.1% by December 2013, a somewhat higher level than the 6.8% expected as of last forecast (Figure 1). 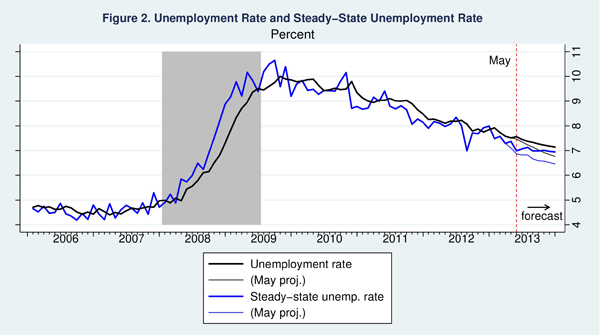 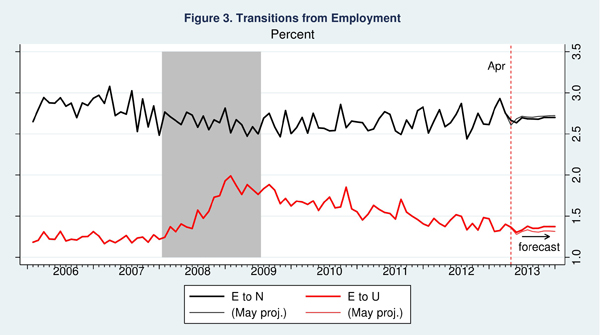 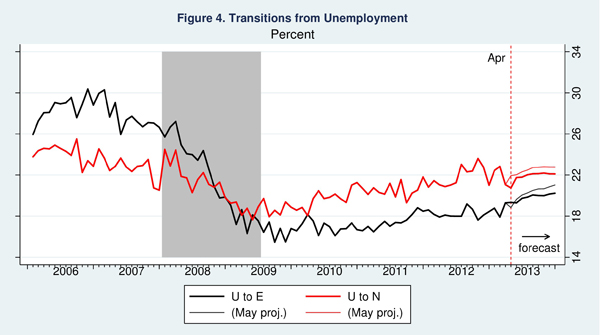