The unemployment numbers for January were in line with last month’s forecast: The labor market keeps improving, and the January uptick only reflected the inertial dynamics of unemployment. With a slow but steady improvement in hiring, I project a slow but steady decline in the unemployment rate over the next six months, with a jobless rate of 7.8% in February going down to 7.4% by September 2013. The caveat on the projection is that there be no additional damage to the labor market (e.g., from large arbitrary spending cuts). 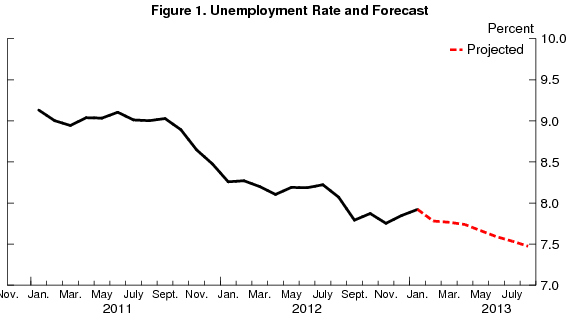 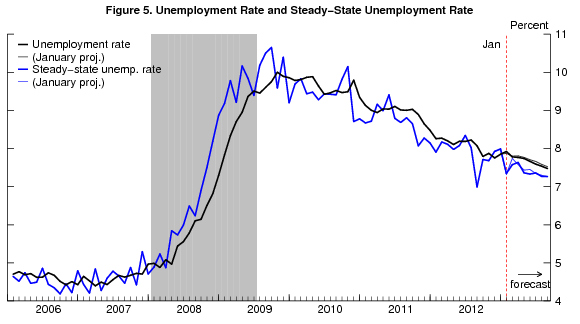 More precisely, the model propagates forward its best estimate for how the flows between employment, unemployment and out-of-the labor force will evolve over time, and constructs the implications for the unemployment rate. In January, job openings increased, and new claims for unemployment insurance continued their decline. Consequently, the model now projects sizable improvements in workers’ job finding rates (figure 3) over the next 6 months, and the outlook for the job separation rate (or layoffs) is improving (albeit, very slowly, figure 2). As a result, the steady-state unemployment rate is now projected to decline to 7.2% by September 2013, bringing the unemployment rate down with it. 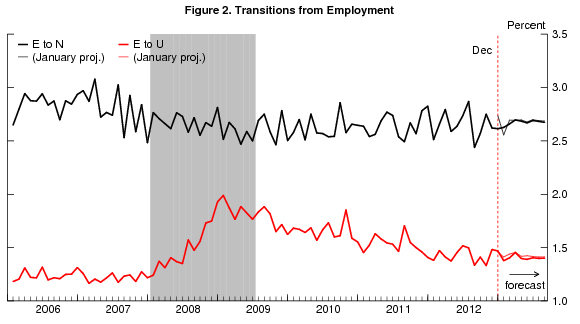 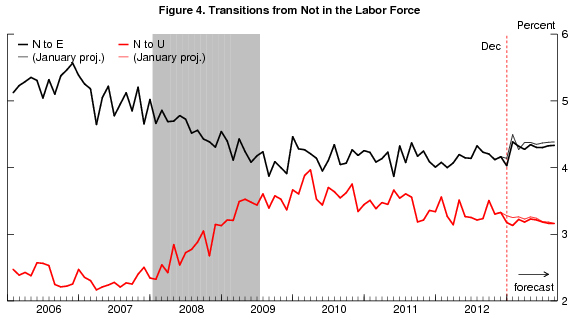