The November employment report showed unexpected declines in both the unemployment rate and in the labor force participation. A stock-flow analysis of the latest report shows that the labor market continues to show many signs of weakness, with no improvements in workers’ job finding rates and a stubbornly elevated rate of job separation. In fact, the unemployment rate mainly ticked down because an unexpectedly high, but likely transitory, number of unemployed left the labor force. Although this month’s forecast should be taken with caution given the possible effect of Hurricane Sandy on the labor market, I now forecast the unemployment rate to remain elevated and tick back up to 7.9% next month, with no improvement over the next six months. 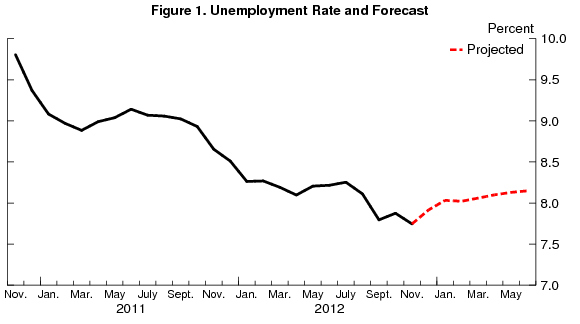 Both the unemployment rate and labor force participation rate declined by 0.2 percentage point between October and November. Digging into the underlying flows—shown in figures 2 through 4 (thick lines)—the improvement on the unemployment front reflects mainly an unexpected increase in the rate at which unemployed people leave the labor force (U-N transitions, figure 3). However, job creation remains very weak, and the job finding rate (U-E) unexpectedly ticked down. These unexpected movements are probably consequences of Hurricane Sandy: in affected areas, firms may have had to delay hiring, and unemployed individuals may have had to postpone any job search. 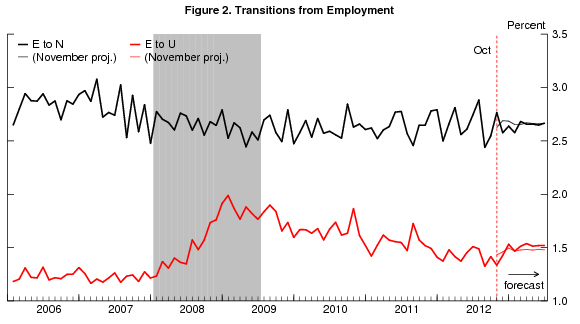 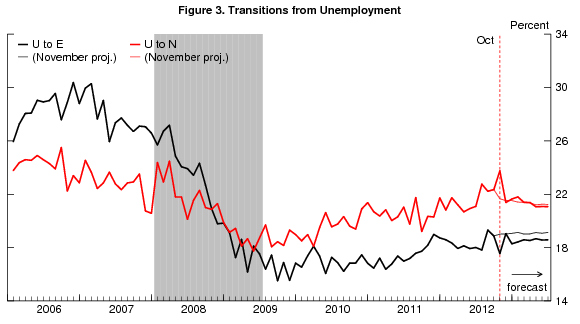 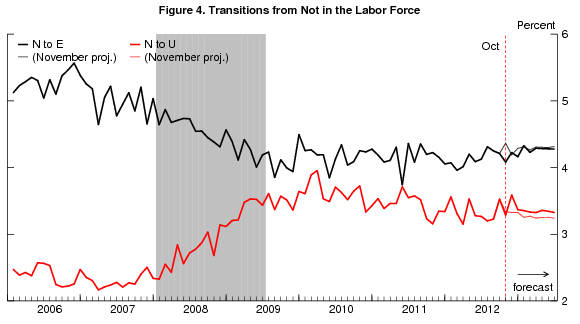 More precisely, the model propagates forward its best estimate for how the flows between employment, unemployment and out-of-the labor force will evolve over time, and constructs the implications for the unemployment rate. However, given the possible effect of Hurricane Sandy on the labor market, the model’s reading of today’s report should be taken with caution. The model is not equipped to capture the effect of a onetime event such as Hurricane Sandy. 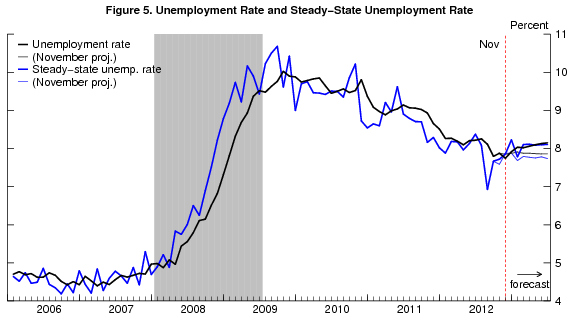