Each month, The Hamilton Project examines the “jobs gap,” which is the number of jobs that the U.S. economy needs to create in order to return to pre-recession employment levels while absorbing the people who enter the labor force each month. As of September, our nation faces a gap of 11.1 million jobs, but the job loss that has occurred since the onset of the Great Recession has not been evenly distributed across the country. The Hamilton Project has created a new web feature that shows the difference in the employment-to-population ratio (in percentage points) in every state between the start of the recession and today. By hovering over a state, you can also see the number of jobs each state would have to add in order to bring its employment-to-population ratio to its pre-recession level. 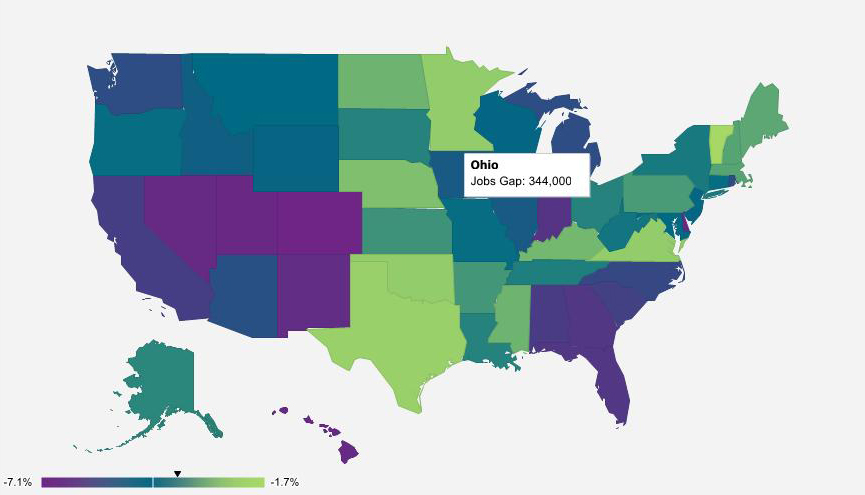 Visit The Hamilton Project’s website to use the web feature to look at a state-by-state breakdown of the “jobs gap.”

Work and meaning in the age of AI