In the wake of the recession, states and districts were dealing with an unprecedented budget crunch. Race to the Top (RTTT) was included in the stimulus package in part to provide temporary relief to education agencies throughout the country. In return for the grants the federal government required states and districts to reform their own policies. Reforms to data systems were among those the federal government pursued. Though the extra funds were welcomed, education leaders were initially wary of their capacity to implement the agreed upon changes. Recent evidence indicates that states and districts have made progress with regard to data capacity issues.

In 2011, many RTTT winners faced major issues related to implementing reforms to data systems. The GAO found that New York planned to spend $50 million on their data system, but struggled to even issue a Request for Proposal. The GAO’s report on RTTT implementation finds that states are unlikely to meet their proposed implementation timelines. The state needed more time because the project was “complicated and required input from multiple stakeholders.” In 2011, the Data Quality Campaign found that only four out of twelve RTTT winners had all of the components of an essential data system in place.

Data gets a bad rap

States were facing a dizzying array of challenges related to education data systems. Half of RTTT districts were able to use data systems for teacher or principal evaluation by the end of 2013. Many of the barriers to implementation required organizational or technical solutions, but political opposition also became an issue. Educators were pushing back against new evaluation policies that were powered by data. In addition, concerns about privacy violations were growing among parents and students. School districts also faced a number of data capacity issues. A quarter of school districts that received RTTT funds reported not having enough staff to meet the data system issues.

A recent report from the GAO shows that state concern about data issues has started to decline from their peak in 2011. The GAO asked state education leaders about capacity challenges related to data systems in the first year of implementation. Most states responded that data issues were “very challenging” or “extremely challenging”. When asked about data capacity issues today, most state education leaders were more optimistic. 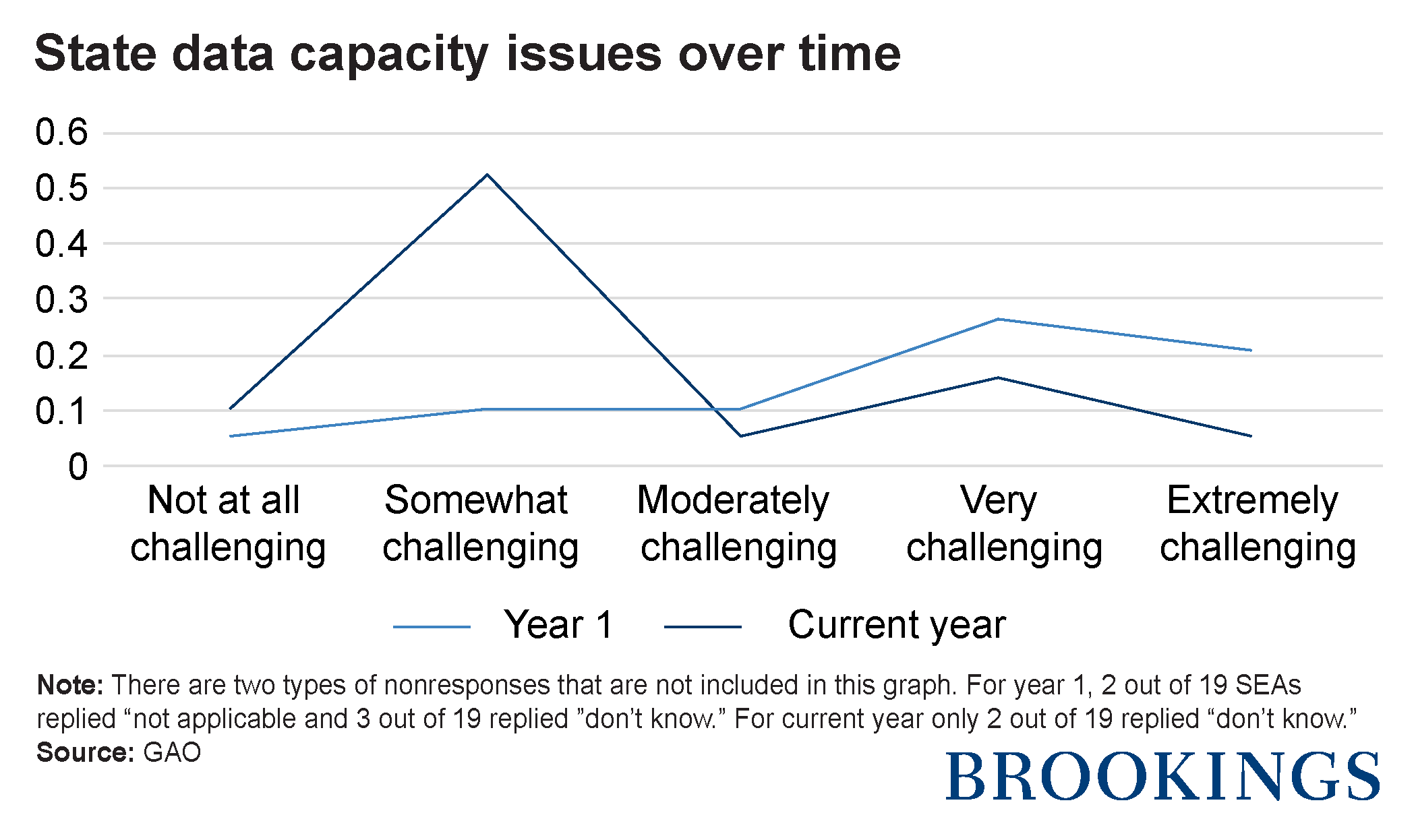 While it is welcome news to hear of reduced concerns about data capacity issues, there is still room to improve. Data, if used appropriately, has the potential to improve education systems. But, further investment in the form of technical and financial support is required from both states and the federal government to improve upon those gains.