In this edition of Charts of the Week: erosion of public trust; breakdowns of the federal government; and solutions to combat child poverty in the U.S. 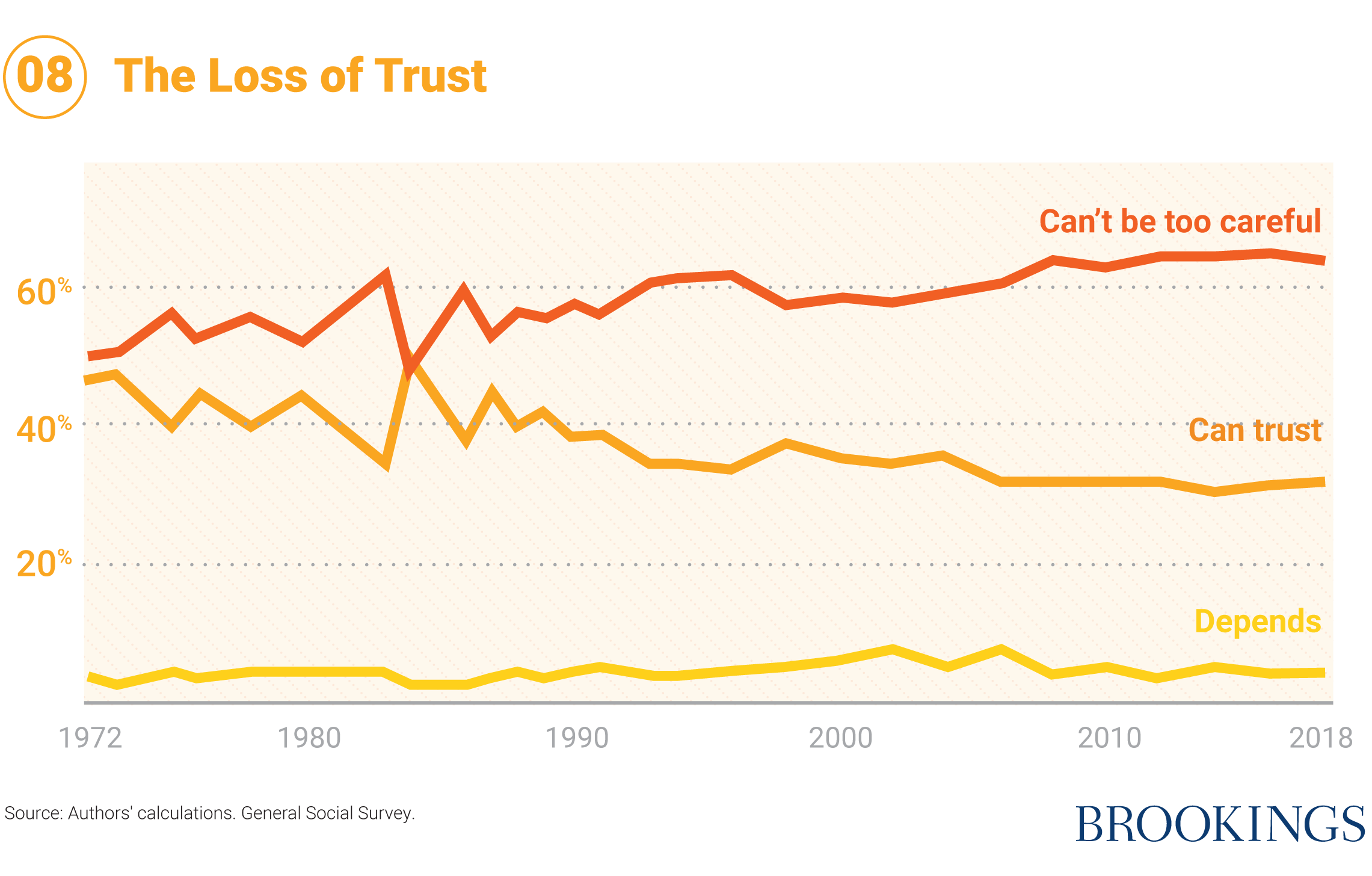 In A New Contract with the Middle Class, Richard Reeves and Isabel Sawhill observe the value of strong relationships in bettering the lives of Americans. They conclude that “group ties and the social trust they engender can lead to higher growth rates, better health outcomes, and more stable democracies.” Unfortunately, there has been a decline in social capital in this country. The chart shows that the measure of those who say they cannot be too careful about who they trust has increased since the early 1970s. The drop in trust is accompanied by a drop in participation in organizations, such as churches and unions, Reeves and Sawhill observe.

GOVERNMENT BREAKDOWNS PER YEAR INCREASE WITH EVERY PRESIDENT

Paul Light provides analysis of the accelerating pace of breakdowns in America’s federal government. A breakdown occurs when the government fails to enact reform and the public consequently lose trust in the government. The chart shows a large increase in the number of breakdowns in post-2001 administrations with the Trump administration more than tripling the number in George H.W. Bush’s term. As Light observes, “The total number of highly-visible breakdowns may seem small, but it accelerated as the federal bureaucracy strained to do more with less, with aging government systems and political turmoil.” The increase, Light explains, can be attributed largely to media polarization that garners significant public attention when the government breaks down. 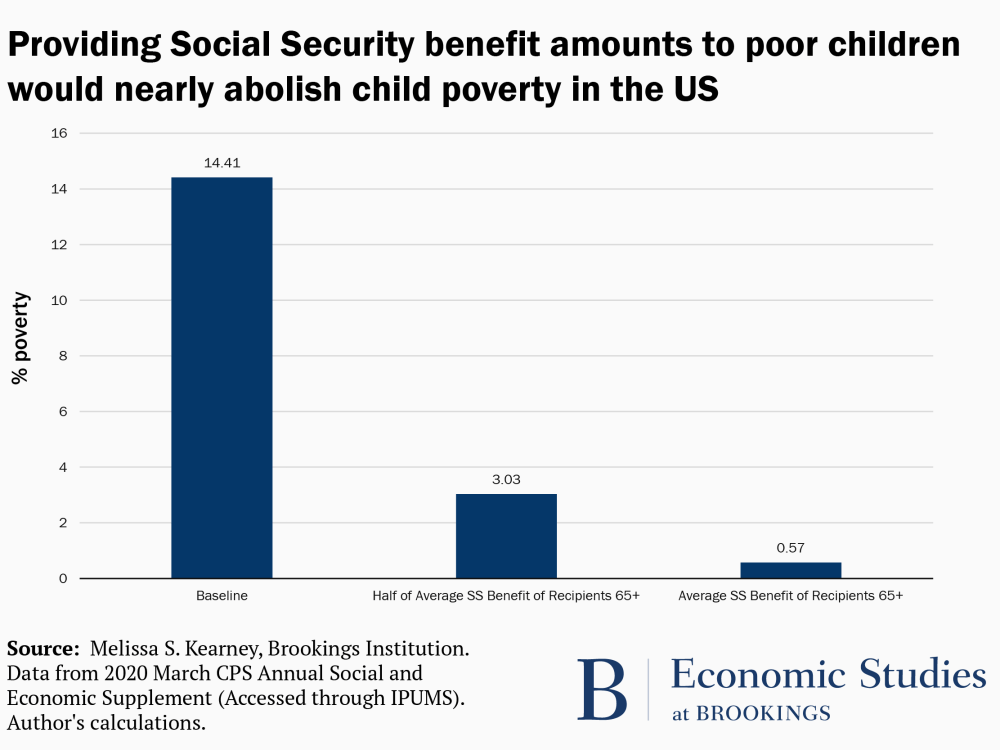 Melissa Kearney looks into policy solutions to address child poverty in the U.S. As the chart indicates, 14.4% of American children are living in poverty, or 10.46 million children. “If we gave each child living in poverty the average Social Security benefit received by a Social Security recipient age 65 and over – that’s $17,112 annually, according to Current Population Survey data,” Kearney observes. “The rate of childhood poverty in this country would fall to less than 1 percent.” The total number of children living in poverty would then fall to about 413,000, she reports.