In this edition of Charts of the Week: determinants of health; overworked Americans; and the decline of big-ticket government reform.

SOCIAL AND ECONOMIC FACTORS AS BETTER PREDICTORS OF HEALTH 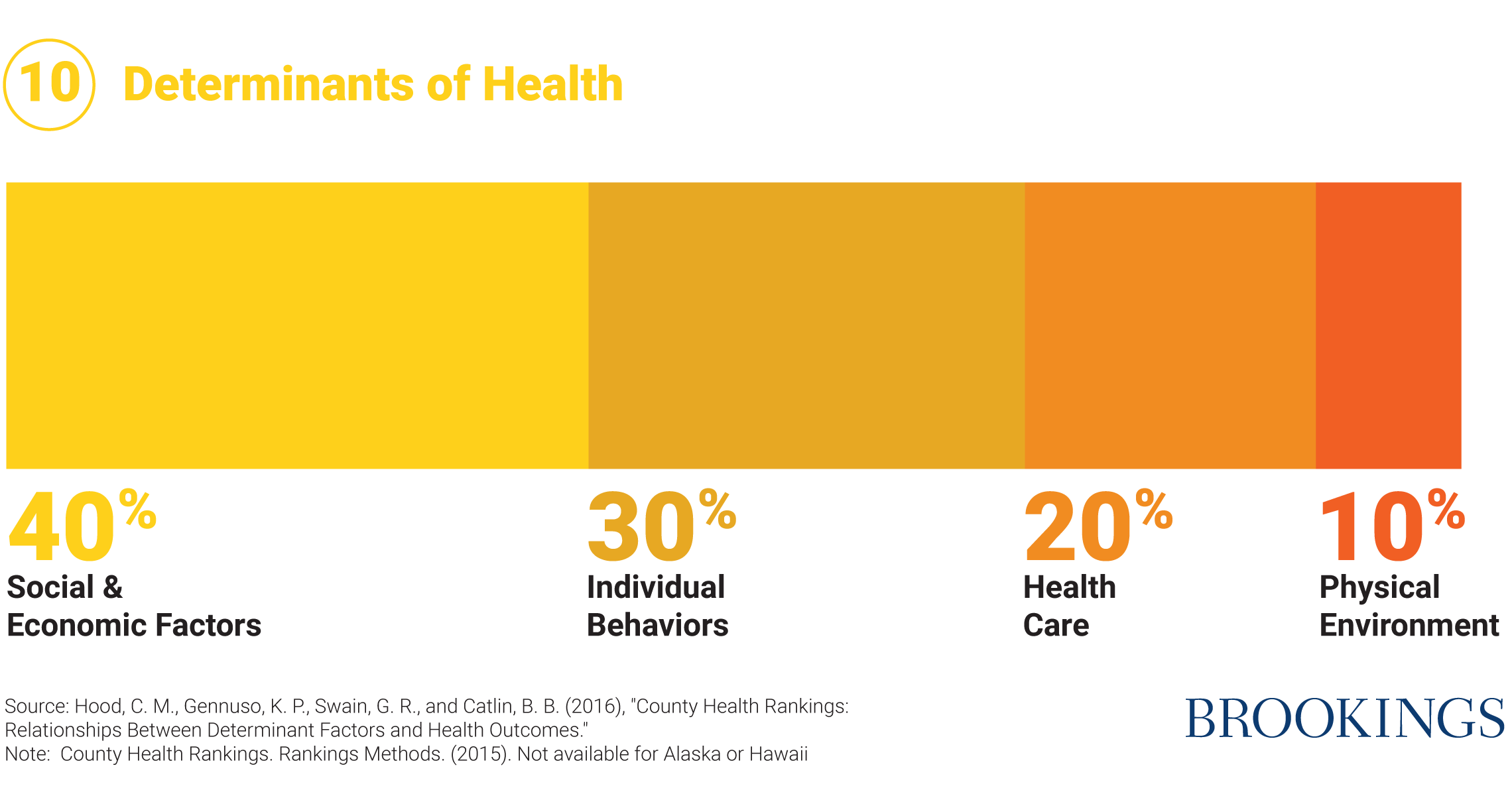 In A New Contract with the Middle Class, Richard Reeves and Isabel Sawhill draw attention to the close relationship between health status and social and economic opportunities. While access to health care is often equated to an individual’s health, they observe that factors such as the structural inequalities we face and the relationships we form are more likely to be better determinants of our health. The chart indicates that “social, individual and economic factors impact health three times as much as health care does.”

MIDDLE-CLASS AMERICANS HAVE LESS TIME AWAY FROM WORK 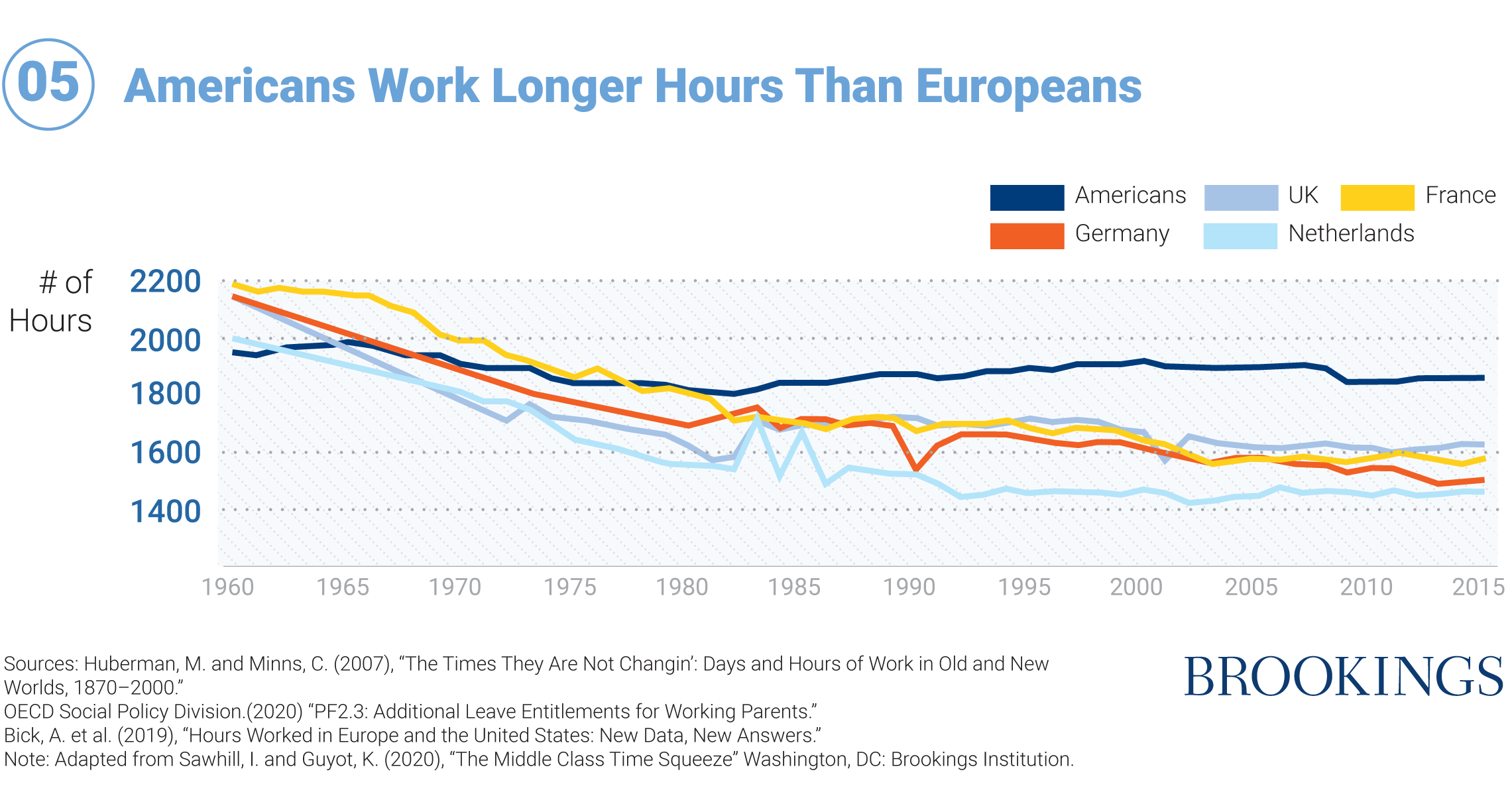 Also in their new contract with the middle class, Reeves and Sawhill examine the theme of time and work by looking into how Americans are working more than adults in similar countries around the world. As the chart shows, the average American works 200 to 400 more hours that the average worker in European nations. “The fact that the U.S. has no mandated leave at all (beyond some holidays),” Reeves and Sawhill write, “is the primary source of the gap.” Less non-work time for Americans and their families has contributed to the weakening of the middle class.

MAJOR GOVERNMENT REFORM IS IN DECLINE

Paul Light’s analysis of the pace of ‘big-ticket’ government reforms shows that there has been a drop in major reforms enacted in recent decades. Large-scale reforms, Light says, have in the past included “civil service reform, whistleblower protections, accounting rules, and reorganization that address government-wide issues.” Light also discusses how “the Truman, Reagan, and Clinton administrations emerged as the great engines of reform, while the Trump administration focused on breaking programs rather than fixing agencies.”