In this edition of Charts of the Week: how the coronavirus and its economic consequences could impact the election in three swing states; the fading American Dream; and the growth slowdown in the foreign-born population share of the United States.

CORONAVIRUS, ECONOMIC IMPACT, AND THE ELECTION

Alan Berube examines the economic trajectories of three key election swing states—Florida, North Carolina, and Ohio—in terms of how they have navigated the coronavirus pandemic. As Berube writes, “the way residents of these states have experienced and navigated the virus has influenced local economic conditions and could color electoral preferences.” In the piece, Berube also tracks job loss and small business patterns in the major metro areas of each of these states. “[I]nstead of reshaping the electoral map,” Berube concludes, “the local dimensions of the pandemic and its economic fallout could further entrench deepening partisan divides between America’s biggest urban areas and its smaller cities and towns.” 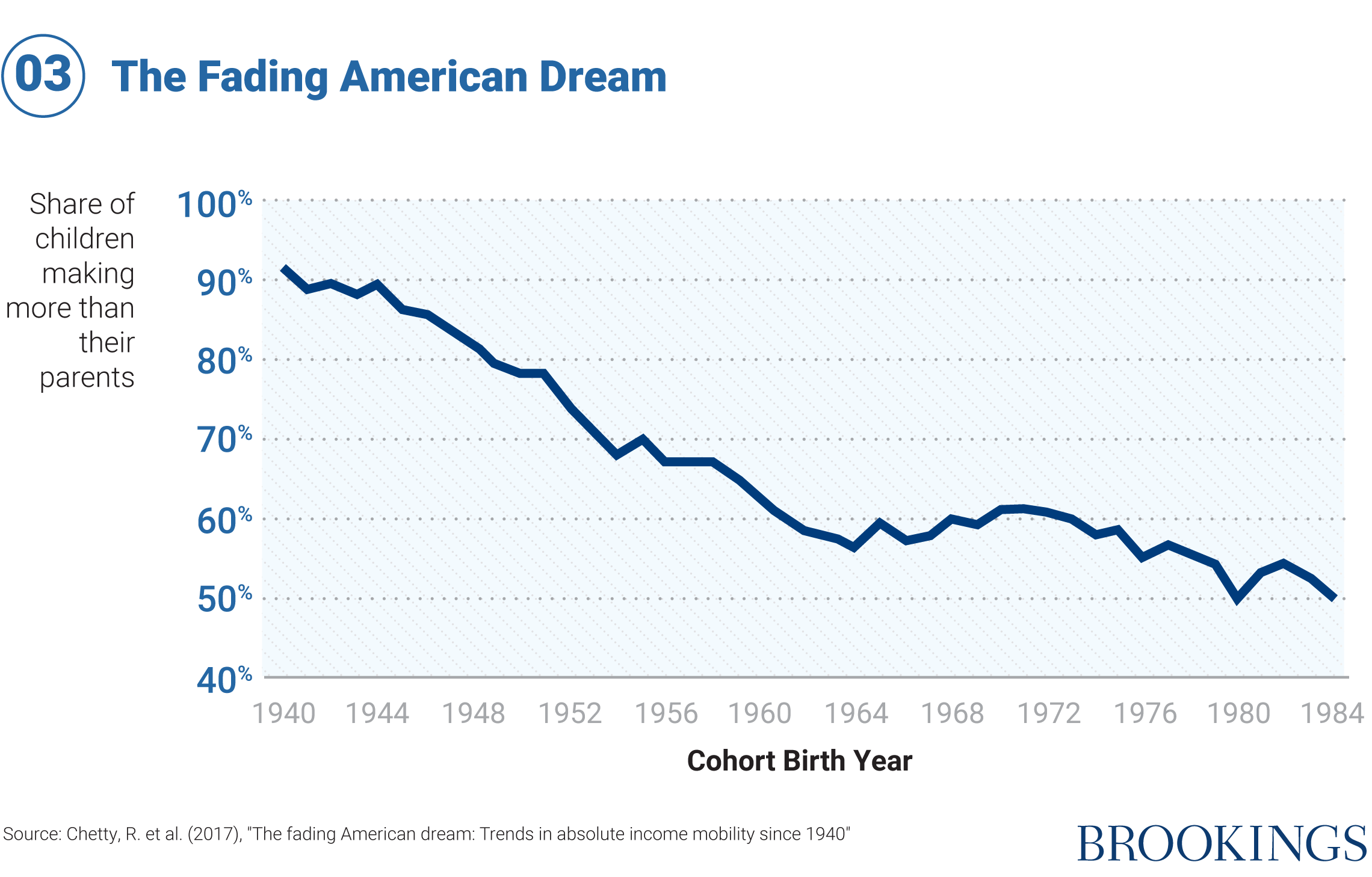 In A New Contract with the Middle Class, Isabel Sawhill and Richard Reeves observe that “Nine-in-ten Americans born in 1940 ended up richer than their parents; for those born in the 1980s, the number is 50 percent.” Dive into the Contract to learn why Money, Time, Relationships, Health, and Respect are the five pillars of the good life, and also why the American Dream is becoming harder to achieve for so many.

FOREIGN-BORN POPULATION GROWTH SLOWING IN US

William Frey’s new analysis of the latest Census Bureau data shows that the nation’s foreign-born population is growing slower than in any decade since the 1970s. “Consistent with the recent growth slowdown,” Frey writes, “the foreign-born share of the U.S. population has remained constant at 13.7% for the last three years. While this is still a higher share than in any year since 1910, the 2010s will be the first decade since 1970 when that share does not rise by more than 1%.” Frey also discusses how foreign-born population changes “have countered the Trump administration’s immigration stereotype, drawing immigrants more broadly from Asia rather than Latin America, as well as favoring those with college, professional, and graduate educations.”

Rebalancing: Children first — A consensus report on childhood in the United States