As we recall Thanksgiving last week and look forward to the coming holidays, it is important to remember that not everyone has the same access to food, and that food insecurity remains a global problem. Here are some charts about food insecurity around the world.

FOOD INSECURITY PERSISTS IN THE RICHEST COUNTRY IN THE WORLD

Diane Whitmore Schanzenbach and Lauren Bauer say that looking at annual food insecurity data overlooks the variability of food insecurity children may face throughout the year. When school is not in session during the summer, children lose access to meals at school, making their food access more variable. “Defined by the U.S. Department of Agriculture (USDA) as a state in which consistent access to adequate food is limited by a lack of money or other resources, more than 13 million children in 2015 lived in a household characterized by food insecurity—over 1 in 6 children in America,” they wrote.

Climate change in sub-Saharan Africa is exacerbating food insecurity, according to scholars with the Africa Growth Initiative at Brookings. Genetically engineered (GE) produce could help avoid farmer displacement and over-reliance on rain–fed crops, thus boosting yields. While there are concerns about the effects of genetically engineered crops on international trade, the benefits far outweigh the costs of food insecurity. “In essence, current GE products targeted to Africa are mainly for the very real concerns of food security and adaptation to climate variability; the impact of GE crops on trade is likely to be minimal.” 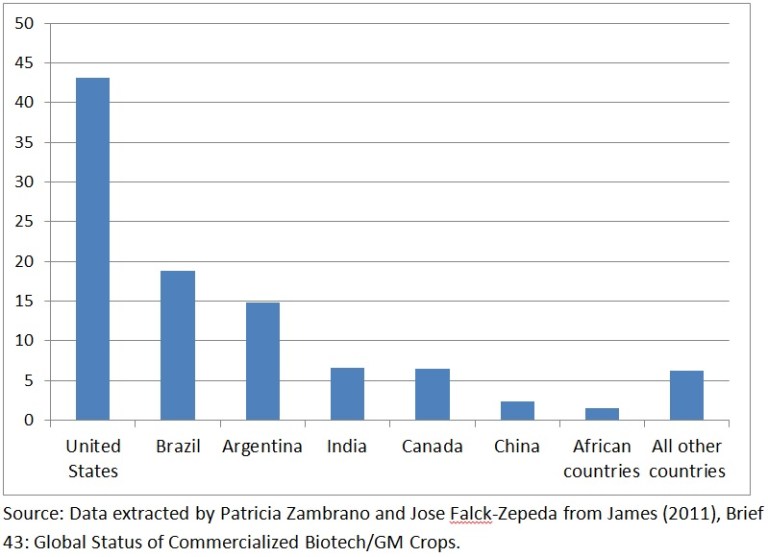 Homi Kharas and Lorenz Noe from the Global Economy and Development Program explain how different data sets from different groups makes getting a global picture of food insecurity difficult. “Without clarity on results and outcomes it becomes impossible to address whether focus should be on mobilizing more resources, on improving the effectiveness of spending, or on resilience and prevention,” they said. They proposed that instead there should be a working group that ensures that data about hunger is timely, high quality, and has comprehensive coverage.