Brookings experts have produced a large volume of research on work, wages, employment, and unemployment. Below are three charts that show some of the interesting ways scholars have approached jobs in the U.S.

“Wealth work” jobs are on the rise

Researchers in the Metropolitan Policy Program detail how about three million U.S. workers “earn a living by helping the well-off walk their dogs, clean their houses, cook their dinners, and stay fit.” Noting that these types of “wealth work” occupations create value for both the economy and the individuals who hold them, the researchers argue that policymakers should consider ways to make these jobs better for the people who hold them.

“Water occupations pay well,” write Joseph Kane and Adie Tomer in their 2018 report on the water workforce. Nearly 1.7 million workers are engaged in all aspect of water infrastructure, including operating, building, governing, and designing. Kane and Tomer show that “Their average wage exceeds the national average, and their wage advantage is especially apparent at lower ends of the income scale.” 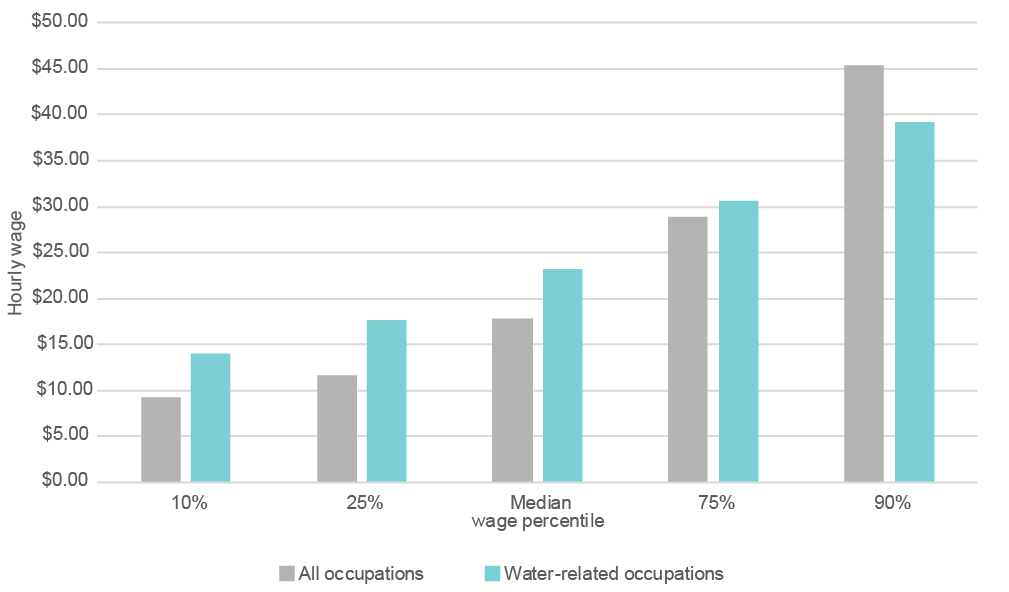 Experts from The Hamilton Project at Brookings documented variation in earnings within college majors, comparing how students with the same degree fare in different occupations. For example, in the screenshot below of the interactive feature, history majors between the ages of 45 and 54 working in legal fields typically are earning twice as much annually as history majors working as elementary and middle school teachers. “Understanding the ways that college majors and occupations interact,” the researchers write, “can be useful for those students deciding on a major as well as those graduates who would like a better sense of the career paths taken by graduates with similar academic interests.”

Be sure to visit the Putting Your Major to Work: Career Paths after College interactive to explore by college major, sex, and age group.