More than a month after students return to school in the United States, UNESCO’s World Teachers’ Day is celebrated each year on October 5 to appreciate the role that educators play in the development of young people and society.

At Brookings, World Teachers’ Day is an occasion to revisit some of our most recent and most-visited research related to pressing issues facing the teacher workforce in the United States and around the world.

Teachers in the United States are poorly paid

On average, American teachers earn much less than what other, similarly educated workers in the United States earn, writes Dick Startz for the Brookings Brown Center Chalkboard. Additionally, U.S. public teacher salaries fall far behind those of other advanced countries, again relative to similarly educated workers. Although teachers’ compensation includes bonuses and other unmeasured benefits, Startz notes, higher teacher salaries are essential for recruiting and retaining qualified teachers in America.

Teacher salaries are falling—but not because they’re getting younger

Between 2007 and 2016, public school teacher salaries decreased by 2.2 percent, contributing to strikes across the United States in 2018. Though some have argued that this decline is the result of retirements among older teachers, thus creating a younger and less qualified teacher workforce, this simply isn’t the case, writes Michael Hansen, director of the Brown Center on Education Policy at Brookings. Teachers in 2016, he points out, were on average actually older than in 2007 and more likely to have advanced degrees. “This evidence should compel the public and policymakers to rethink our popular assumptions about how generously (or not) teachers are paid,” Hansen concludes.

In cities around the country with rising living expenses, such as San Francisco, low wages are driving economic anxiety among teachers. Although teacher salaries have increased in some states, they simply have not kept up with the rising cost of living in many areas. This financial stress, former Brookings expert Susanna Loeb explains, appears to be negatively affecting teachers’ performance in the classroom, such as missing more days of school or being more likely to resign than teachers in less expensive regions. 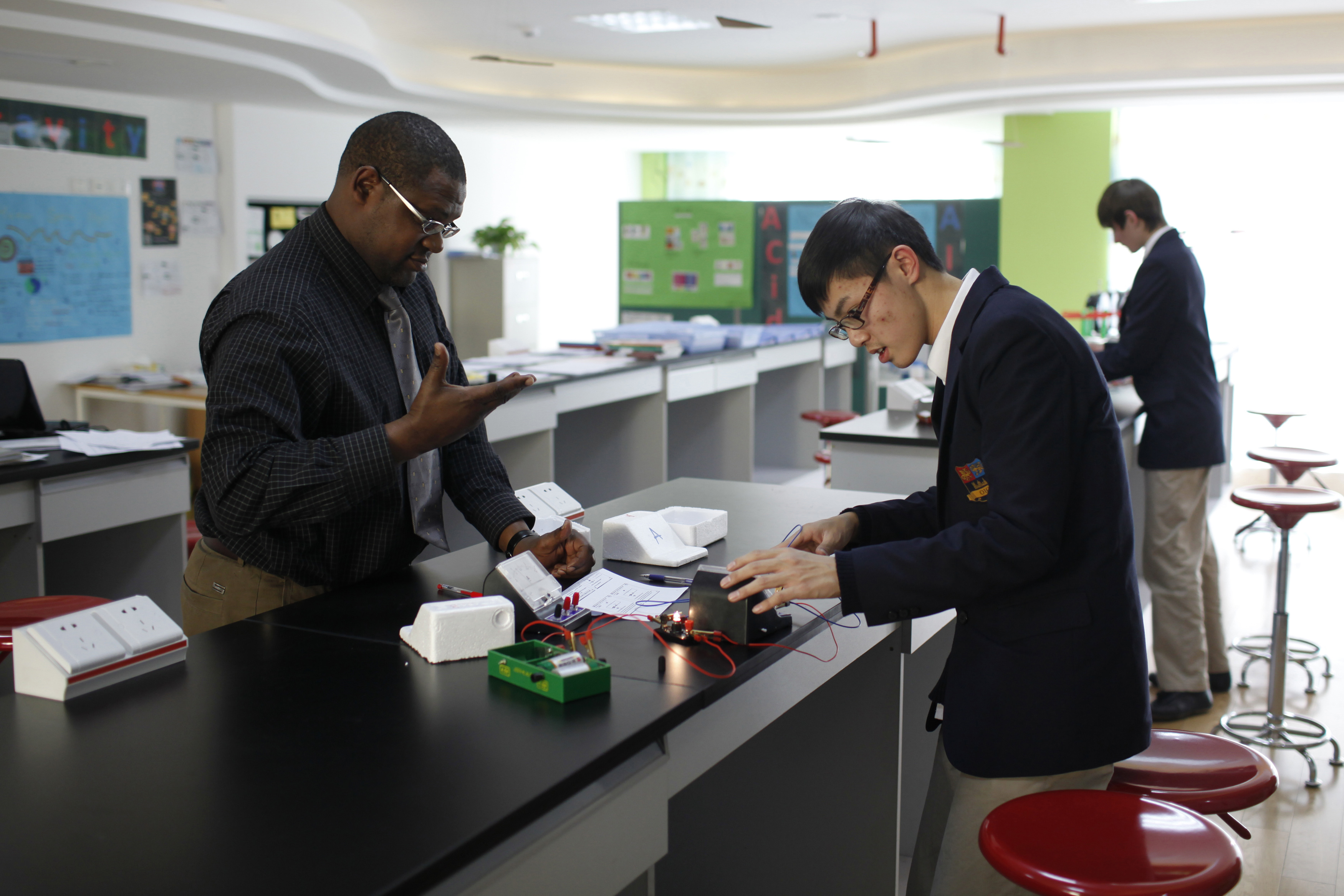 Studies show that having one black elementary school teacher decreases the probability that a disadvantaged black male student will drop out of high school by almost 40 percent. David Figlio, dean of the School of Education and Social Policy at Northwestern University, argues that while the reasons behind this phenomenon aren’t clear—students may see same-race teachers as role models, or minority teachers may have higher expectations for students of color—it is clear that the underrepresentation of minorities in the teacher workforce is limiting minority students’ educational success. 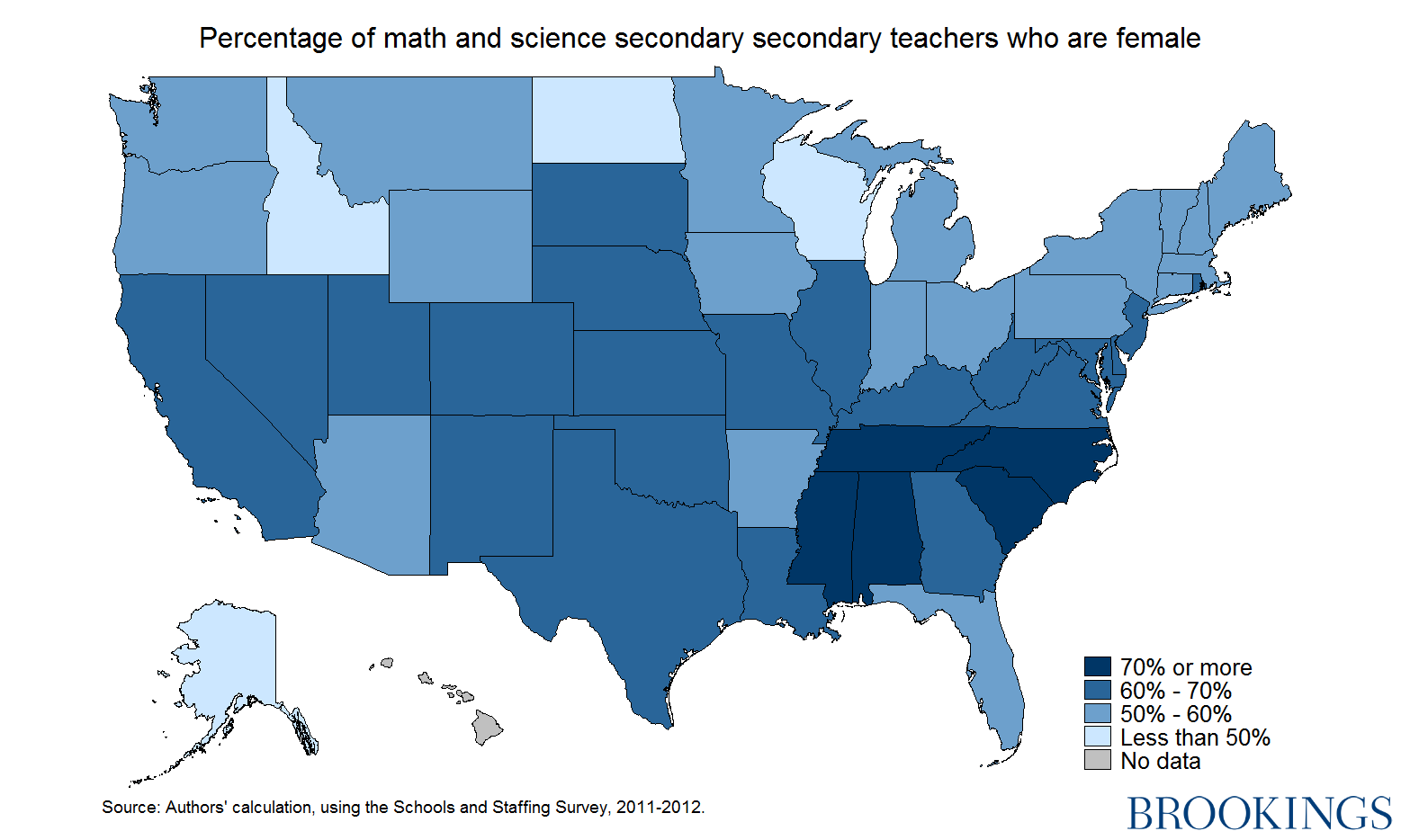 While it’s well documented that race gaps in the teacher workforce negatively affect students, the gender imbalance  (75 percent of teachers in America are female) does not appear to have any clear harmful effects on boys or girls. Michael Hansen and Diana Quintero argue that while increasing the share of male minority teachers and female STEM teachers may address certain performance gaps, the focus should be on promoting greater racial and ethnic diversity among instructors in the classroom. Read more from the Teacher Diversity in America series.

Millennials, the largest and most diverse generation of adults to date, have strong opinions about education, social justice, and societal issues, as well as strong technological skills—all of which will undoubtedly have an effect on the way millennials lead a classroom, Mary E. Dilworth writes for the Brown Center Chalkboard. It is now up to schools, she argues, to provide an environment that welcomes, encourages, and cultivates the new skills and ideas that these diverse young teachers bring to their classrooms and their students.

Teachers are more segregated than students 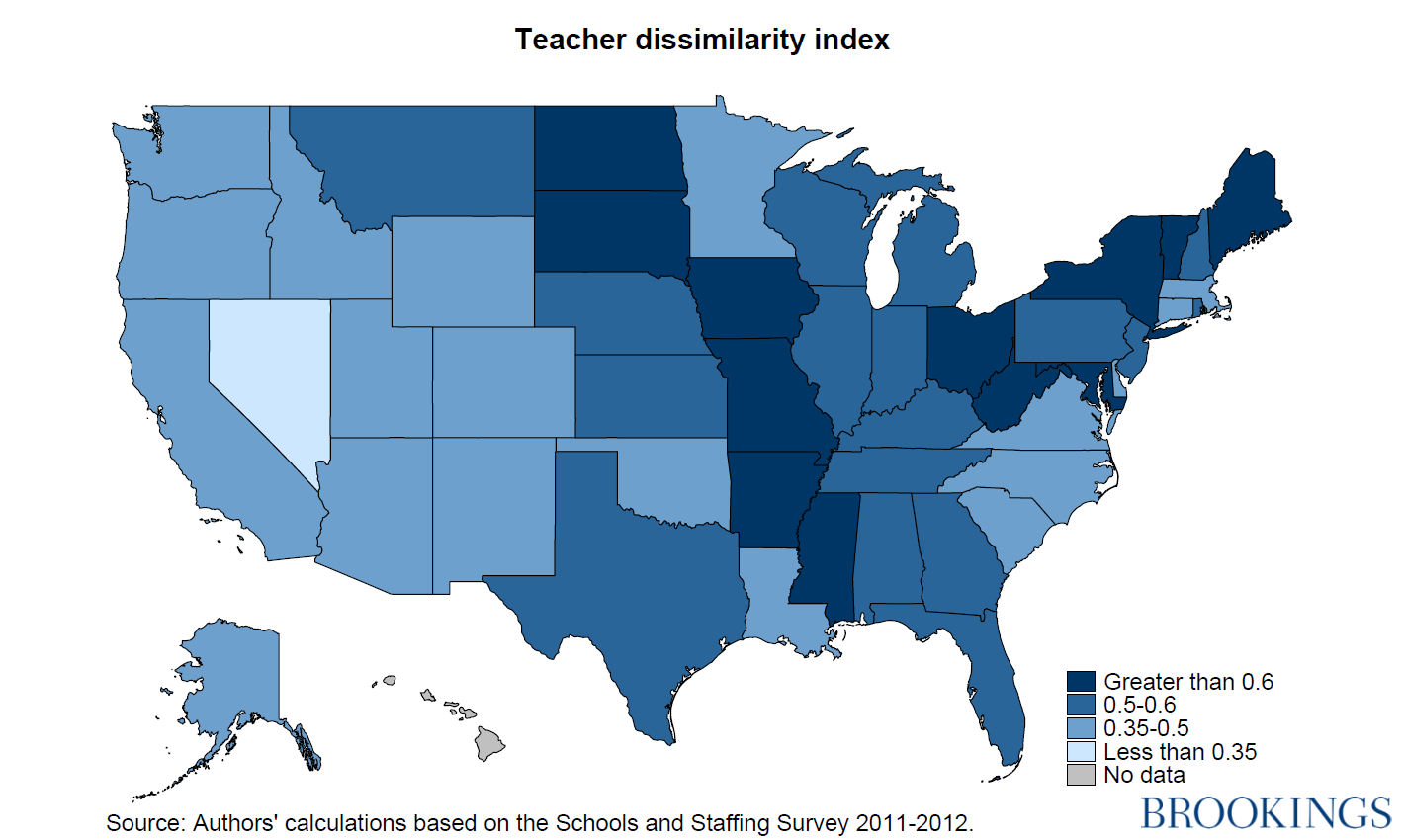 Because of the evidence that students perform better with same-race teachers, teachers of color are often steered toward high-minority schools. However, as Michael Hansen and Diana Quintero show, this has created an education system in which teachers are more segregated than the students they teach, limiting students’ exposure to teachers of the opposite race—which evidence indicates is also beneficial—and raising serious questions about structural racism in hiring practices.

With educational innovations such as algorithmic teaching and self-directed learning on the horizon, the future of a human teacher workforce has become uncertain. Writing in a 2017 essay series, “Meaningful Education in Times of Uncertainty,” Jim Knight argues that this new, highly individualized, and automated educational system will liberate human teachers from lesson plans, textbooks, and standardized tests while changing their role from instructor to one of collaborator and coach.

Teachers can be architects of female empowerment

Education is one of the strongest tools for empowering girls, especially in patriarchal societies. In India, specifically, 2015 Echidna Global Scholar Suman Sachdeva explains why it is critical to equip female teachers with principles of gender equality so that they can, in turn, help girls overcome the challenges of marginalization, discrimination, and subordination that pervades their society.