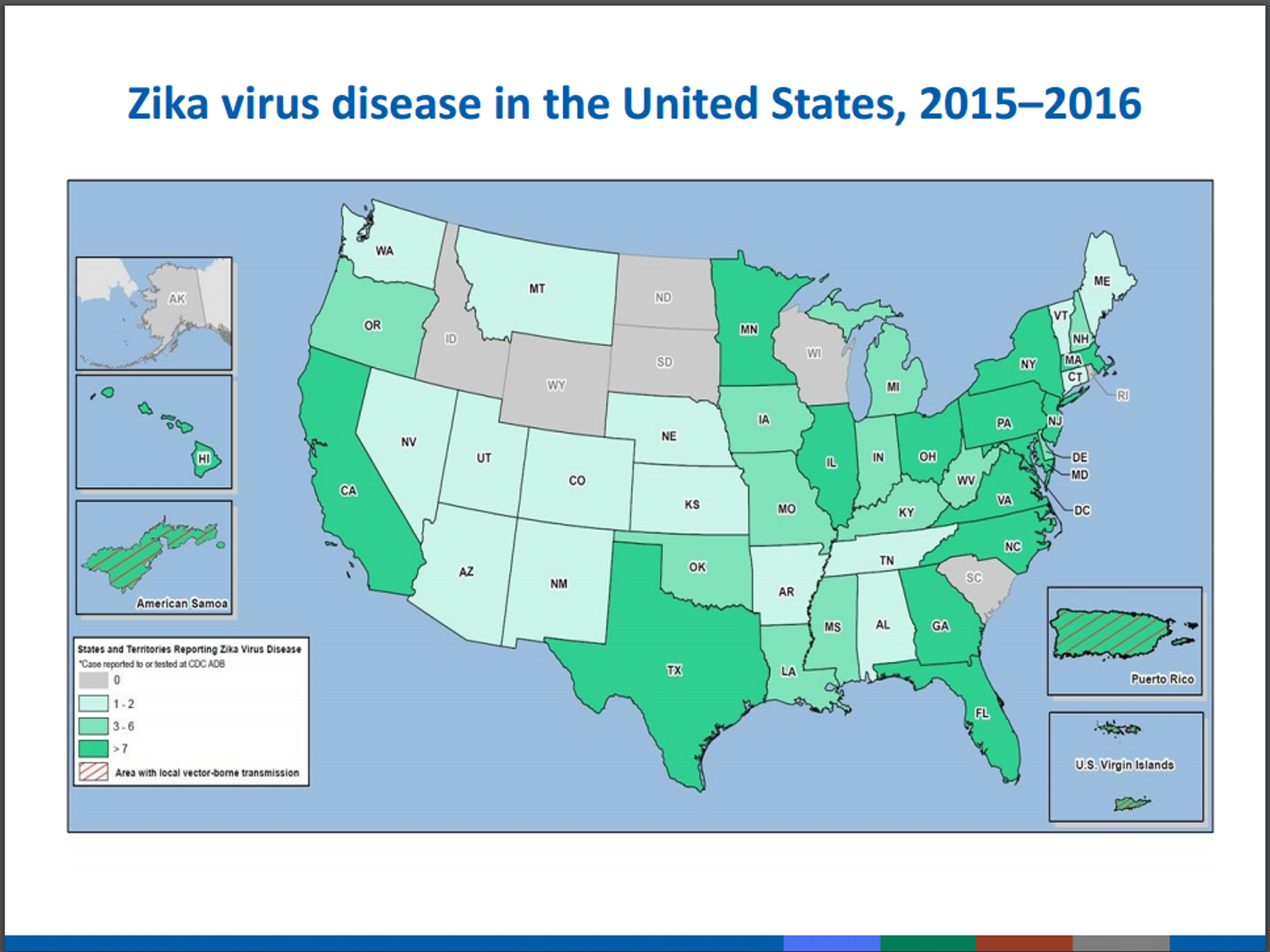 “We’re more and more alarmed by what we’re learning. Zika is not a very serious disease for most people, in fact some people may never know they have it,” Debra Lubar, director of the Center of Disease Control (CDC) Office of Appropriations, said at Brookings this week.

The CDC official was speaking at an event to mark the release of the spring 2016 issue of
The Future of Children
, which examines the various effects of climate change on children. Lubar provided a keynote address on the effects of global warming on the spread of disease. Her address outlined several important facts about the spread of the Zika virus throughout the Americas, and what to expect now that mosquito season has begun:

In addition, Lubar said the CDC is requesting an additional $743 million from Congress to fight the Zika virus. This funding would be used to prevent the virus from spreading, support response efforts in places like Puerto Rico, and begin long-term studies. The U.S. government would also help to expand public education campaigns, Lubar said—citing outreach in Puerto Rico—which help pregnant women lower the risk of contracting Zika.

Learn more about information about the link between
climate change and disease-carrying mosquitoes
, an issue already affecting the world’s children. And watch Lubar’s remarks below, or get full audio and video on
the event page
.