On September 10, The Hamilton Project released new papers and hosted a forum to explore opportunities for improving the economic prosperity and long-term sustainability of the U.S. fishing industry. Taken together, commercial and recreational fishing contributed nearly $90 billion to the U.S. economy in 2012, according to Hamilton Project data, including over 1.5 million jobs for American workers. 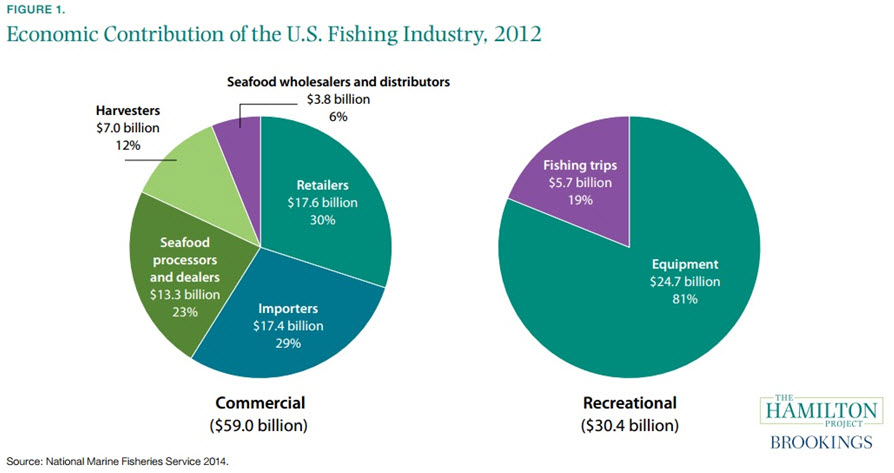 Despite this economic activity, The Hamilton Project notes that “current policies do not capitalize on the full economic potential of U.S. fisheries, nor do they guarantee their ecological sustainability.”

Download and read “What’s the Catch? Challenges and Opportunities in the U.S. Fishing Industry,” a paper by The Hamilton Project that frames the landscape of the industry.

Also download and read Christopher Costello’s “Tomorrow’s Catch: A Proposal to Strengthen the Economic Sustainability of U.S. Fisheries.” Costello is a professor at the University of California, Santa Barbara.

Get more information about the event, featuring remarks by former U.S. Treasury Secretary Robert E. Rubin. Audio and video will be posted as soon as possible.