This book … argues that while other powers have gained influence, the United States, buttressed by allies, is still the most influential actor on the world stage—and will be for some time to come. It also argues that the emerging powers are both a more diverse and a less threatening phenomenon than pictured, not least because they are sharply divided among themselves. And it argues that there are far more shared or overlapping interests between the established and the emerging powers than the narrative of disorder suggests. 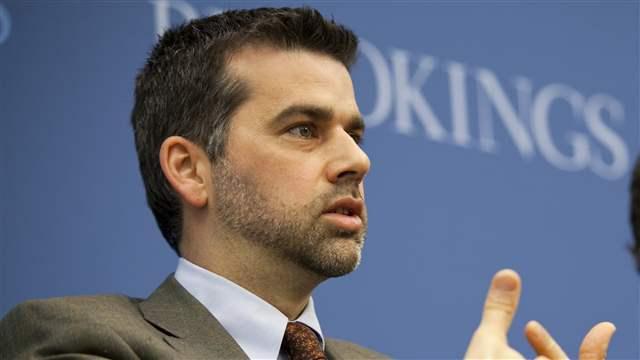 Bruce Jones, director of the Brookings Project on International Order and Strategy, will be at Politics & Prose bookstore in Washington, DC on Monday, March 31, at 7:00 p.m. to discuss his new book, Still Ours to Lead: America, Rising Powers, and the Tension Between Rivalry and Restraint.

In Still Ours to Lead, Jones tells a nuanced story of American leadership. He artfully examines the tension between the impulse to rival the U.S.A and the incentives for restraint and cooperation among the rising powers. Both are alive and well in the current system, and the balance provides a continued ability to solve problems and to manage crises at roughly the same rate as when American dominance was unquestioned. Maintaining that balance is central to the question of whether we will live in a stable or unstable system in the period to come. But it just so happens that this challenge plays to America’s unique strength—its unparalleled ability to pull together broad and disparate coalitions for action. To succeed, America will have to adapt its leadership to new realities.