The Hutchins Center on Fiscal and Monetary Policy launched today with an in-depth discussion of central banking after the Great Recession. The event featured the publication of three new papers—highlighted below—plus an address by Federal Reserve Chairman Ben Bernanke, in one of his final public appearances as Fed chairman.

In “Monetary Policy at the Zero Lower Bound” author John Williams, who has been president of the Federal Reserve Bank of San Francisco since March 2011, wrote that the Federal Reserve should prepare for possibility that interest rates will hit zero again sometime in the future. Central bankers should not assume that episodes in which short-term interest rates go to zero—the “zero lower bound”—will be infrequent or short-lived. Williams observed that the depth and duration of the recent recession appear extraordinary compared to the U.S. economy’s postwar experience, but a broader look at economic history around the world shows that such deep and long-lasting downturns aren’t all that rare. 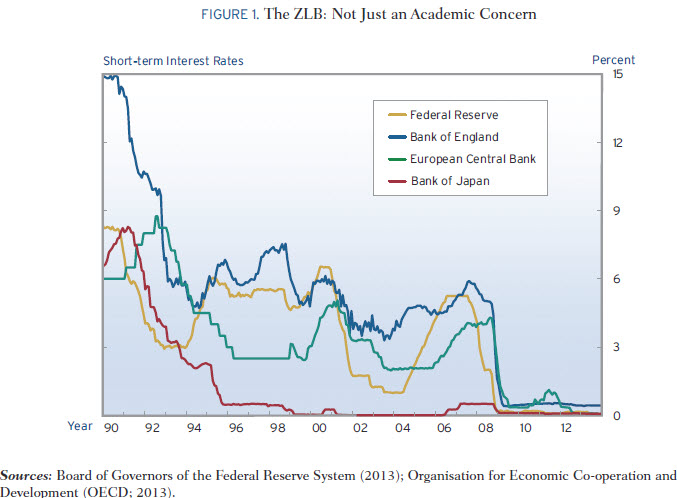 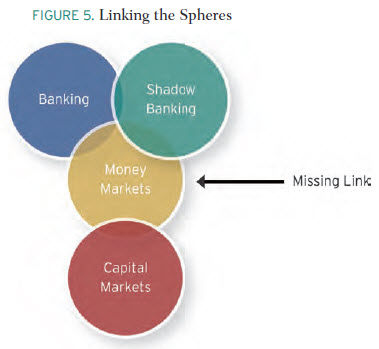 In “Regulatory Reform, Stability and Central Banking,” former Deputy Governor of the Bank of England Paul Tucker, now a senior fellow at Harvard University’s Kennedy School and Business School, writes that financial regulation and supervision is being strengthened, but there’s more to do.

Confidence in the financial system will remain fragile until the credibility of regulation and supervision is restored, he says. He identifies measures needed to bring to fruition each of the four core planks of the international banking reform effort:

• Taking steps to thwart the tendency of financial firms to exploit differences among regulators and cracks in their rule-books; and

• Simplifying counterparty credit exposures of banks and securities dealers by mandating use of central clearing houses.

Finally, in “Federal Reserve Independence in the Aftermath of the Financial Crisis: Should We Be Worried?” former Federal Reserve Vice Chairman Donald Kohn, now a Brookings senior fellow, writes that Federal Reserve independence is at risk, thanks to the dramatic actions that it had to take during and after the global financial crisis. Kohn says keeping the central bank independent from elected politicians is crucial: Across time and across countries, there’s plenty of evidence that less independence leads to more inflation.


• Political polarization has “not proven conducive to reasonable discussion of monetary policy and the pros and cons of independence.”

• The Dodd-Frank financial reform law trimmed some of the Fed’s powers, an indication of the erosion of trust in and deference to the central bank.

• The Fed will likely be prone to political pressure once it begins raising interest rates.

• The Fed has been given added responsibilities to restrain the financial system in order to avoid another financial crisis, which could require it to institute unpopular rules such as discouraging certain mortgages. 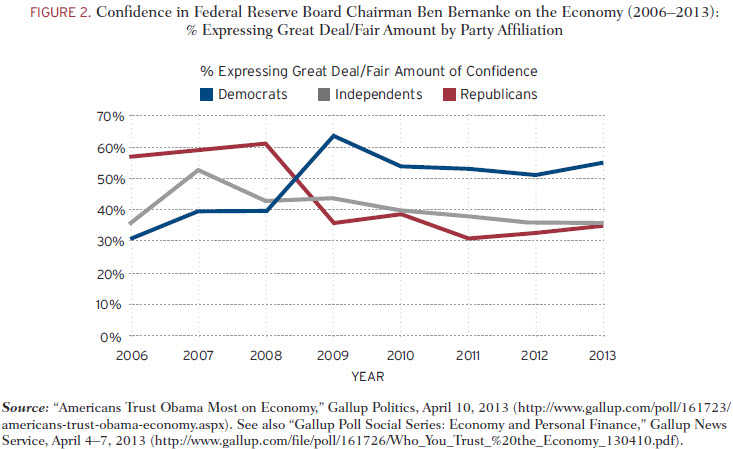 At the end of the session, Fed Chairman Ben Bernanke joined Liaquat Ahamed for a discussion of the Federal Reserve, yesterday, today and tomorrow. Ahamed is former CEO, Fischer Francis Trees and Watts, Inc.; Pulitzer Prize-winning author of Lords of Finance: The Bankers Who Broke the World; and a Trustee of the Brookings Institution.

The economic outlook: A conversation with the Fed’s Randal Quarles