Five teams carry the hopes of the African continent into World Cup 2014: Algeria, Cameroon, Côte d’Ivoire, Ghana and Nigeria. According to the pundits, those hopes will not be enough to get any of them into the knockout phase, but those pundits could well be wrong.

Predicting the World Cup is big business. Everyone from consulting giants to media conglomerates has a view, backed up by fairly sophisticated models and involving experts with reputable footballing wisdom.[1] Their prevailing view: African teams should not be preparing for an extended stay in Brazil.

The Bad News for Africa

Almost all models and punditry prognoses we have seen predict that all five will fail to make it past the group phase. The most optimistic forecasts are for Algeria and Côte d’Ivoire to come third in their group, still falling short of the knockout phase. Why are these predictions so dismal? 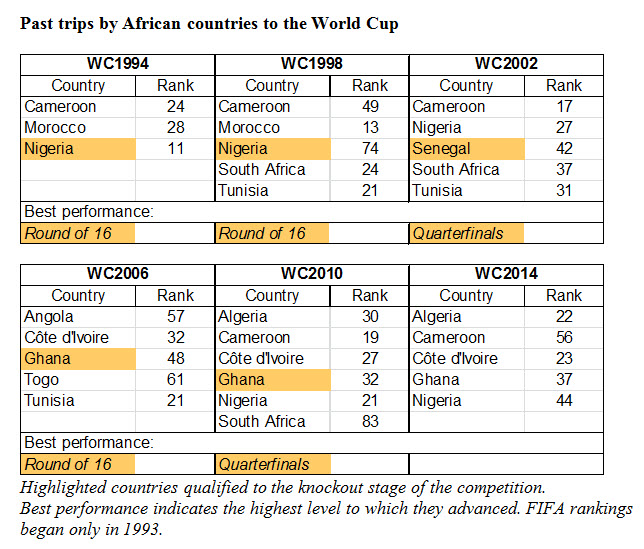 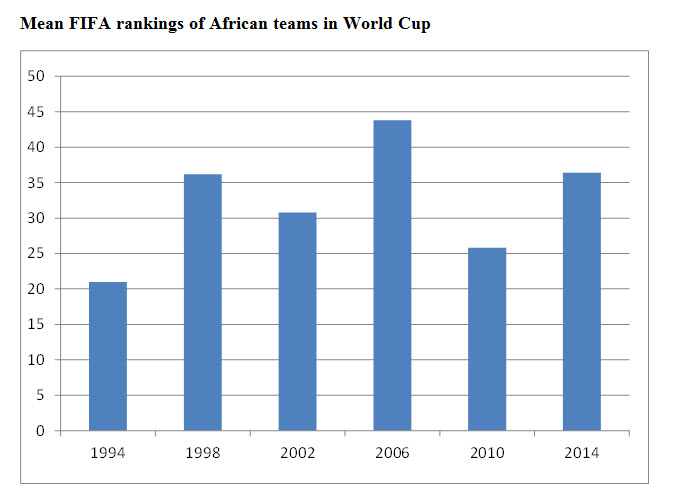 Five Reasons Why African Nations Might Defy the Odds

This is depressing stuff, but it is too early to despair. Pelé described football as the beautiful game (jogo bonito) and part of the beauty is in the unexpected. Here are the upbeat counterpoints:

The picture doesn’t look quite so bleak for African teams now, does it? While the pundits have wisdom in their predictions, Roger Milla (aged 38 at the time) and his pride of “Indomitable Lions” of Cameroon paid scant respect to their rankings when they defeated defending champions Argentina in the opening game of WC1990. Similarly, Senegal (ranked 42) defeated defending champions France in 2002.

With that unmistakable African spirit, it would not surprise us to see one or more of these five teams prove the predictors wrong and consolidate their past successes. In the end, World Cups are won or lost not in spreadsheets and regressions, but on the pitch. So, as the world turns its gaze towards Brazil, keep at least half an eye on the African upstarts. They might surprise us yet.

[2] Unlike the Olympics, World Cup outcomes are not correlated with economic conditions such as GDP per capita and income distribution. That then is an additional “relative” advantage for Africa.

[3] Player revolts are not endemic to Africa. They have plagued even teams like France (2010) and Republic of Ireland (2002).