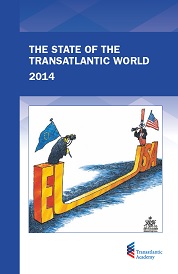 In his article, “Turkey in Turbulence: Its Geo-strategic Meaning for the Transatlantic Community,” published in the inaugural issue of The State Of The Transatlantic Order 2014, Kemal Kirişci highlights the turmoil that Turkey faces with regards to its domestic and foreign policy. Kirişci stresses the importance of a transatlantic form of governance to mitigate the effects of its internal and external turbulence.

With the Gezi Park protest in early summer 2013 and a corruption scandal involving important members of the cabinet, Turkey has received a considerable amount of public attention concerning its domestic political developments. Many are beginning to challenge Prime Minister Recep Tayyip Erdoğan and his authoritarian style of governance and believe that his majoritarian understanding of democracy is polarizing the country. The turbulence in Turkey is only aggravated further with the decline in value of Turkish currency and a rise in interest rates. Beyond its borders, Turkish foreign policy suffers as well. Its “zero problems with neighbors” policy is continually met with scorn. Transatlantic relations have become strained and Erdoğan’s wishes to distance Turkey from the West and develop relations with Russia have certainly not helped matters.

But there is a silver lining for Turkey. The country has long been envisaged as a potential model for the transatlantic form of governance, which could have a transformative impact. Exploring news ways of engaging Turkey in the transatlantic community will be important to stave the effects of its domestic and foreign turmoil.