The following article on the acquisition of experimental drugs by dying patients via “compassionate access” requests to pharmaceutical companies can be found in full on nytimes.com. Photos associated with this cross-post are used courtesy of the family of Sarah Broom, who asks you to learn more about her life and work at www.sarahbroom.co.nz.

It was shortly after the breadbasket arrived last year at the Temple Bar near Harvard Square that Sarah Broom first told me about the last-ditch plan to save her own life.

Broom’s mere presence that evening was something of a miracle. Several years earlier, in 2008, while pregnant with her third child, she received a harrowing diagnosis. A 35-year-old English lecturer and poet living in New Zealand, Broom developed a persistent cough. She saw doctors in Auckland repeatedly over the course of a few months, but they didn’t want to do an X-ray on a pregnant woman. Finally, her shortness of breath became so severe that they relented, and 29 weeks into her pregnancy, she was found to have a large mass on her lung. She underwent a cesarean section — her daughter was born almost three months early — and a biopsy.

Broom had advanced-stage lung cancer. “I was told nothing could be done to cure the cancer, but that various treatments could give me time,” she recalled. Less than 1 percent of patients live more than five years. 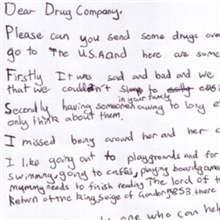 She endured chemotherapy for weeks but then developed severe pelvic pain. To her horror, tests showed there was a new plum-size tumor on her ovary that wasn’t present at her C-section. The cancer was spreading relentlessly. Broom’s doctors predicted she had only a few months to live. She worried about her two sons, Daniel and Christopher, ages 5 and 2; her husband, Michael, whom she’d been with since they were teenagers; and her premature baby, Amelia, who was still hospitalized in the newborn unit. “My determination was to live, to live a long time — what else could I do, with three little kids depending on me — but at this time, it was clear that the situation looked pretty dire indeed,” Broom told me.

In desperation, she called friends around the world, including Meghan O’Sullivan, a former deputy national security adviser in the Bush administration, who contacted Bruce Chabner, the director of clinical research at Massachusetts General Hospital Cancer Center in Boston. Chabner asked Broom to send him her biopsy, so he could analyze its DNA. Her tumor had a mutation in a gene called anaplastic lymphoma kinase, or ALK, which occurs in about 5 percent of lung cancers. A Japanese group discovered it only a year earlier. Chabner knew that the drug company Pfizer was developing a new compound called crizotinib that might treat this mutation. The trouble was, it had been given to only two ALK-positive people before, and one died anyway. Still, it was Broom’s only hope, and Pfizer agreed to enroll her in a trial in Australia.

Incredibly, the tumors shrank by half, and Broom led an almost normal life for two years. Then the cancer returned. Various drugs were tried; none worked. Through Chabner, Broom ultimately got in touch with Alice Shaw, an oncologist who knew of two promising new compounds, AUY922 and LDK378, from Novartis, that might treat ALK-mutated lung cancers. They were two of the 23 Novartis anticancer drugs that were so early in development that they weren’t yet named or on the market. Because the company had no sites for the trial near New Zealand, Broom left her family and flew to Boston in late 2011 so that Shaw could treat her with AUY922.

But Broom did not respond to the drug and instead developed large new metastases in her brain. Her final hope was LDK378, but Broom was worried that she’d soon be too sick to travel. She decided to return home even though she would have no access to the drug.

Shortly before she left, O’Sullivan invited her out with a few other friends to the Temple Bar, where I met her. As we spoke, we discovered an unexpected connection: Alice Shaw was a college classmate of mine. Broom explained her and Shaw’s master plan to get Novartis to release the drug. It was simple, really. Broom would send a letter begging the Swiss pharmaceutical giant for compassion. 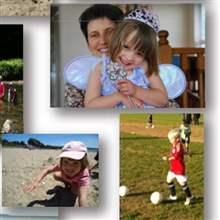 “Dear Novartis,” she wrote. “I am writing to plead with you for compassionate access to LDK378. . . . I have three small children, and I cannot yet give up.” Couldn’t the company, she asked, just sidestep the clinical trial and send her the medicine that could save her life?

Read the rest of this article at nytimes.com. Please learn more about Sarah and her published collections of poetry Tigers at Awhitu and Gleam at her website, www.sarahbroom.co.nz.

How do we tackle the opioid crisis?

Colorado’s poor now get to visit the dentist

A wise step: Medicare to pay doctors for end-of-life counseling