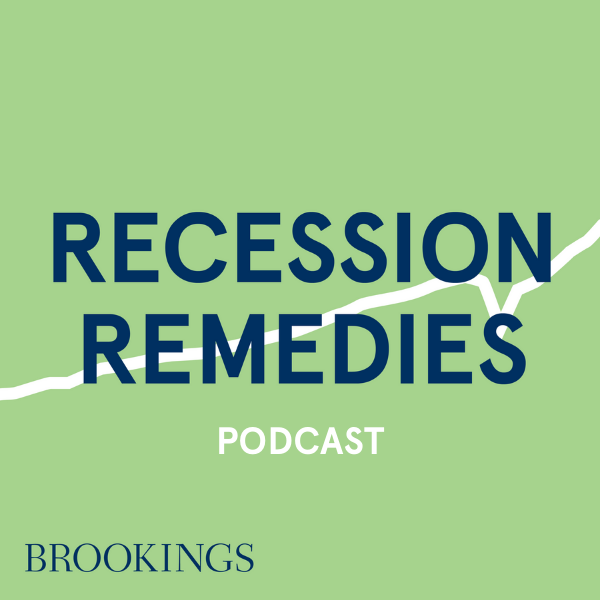 The COVID-19 pandemic posed an extraordinary threat to lives and livelihoods. In the United States, the pandemic triggered a sharp downturn. Yet, the ensuing economic recovery was faster and stronger than nearly any forecaster anticipated due in part to the swift, aggressive, sustained, and creative response of U.S. fiscal and monetary policy. But when the next recession arrives, it most likely won’t be triggered by a pandemic.

Recession Remedies examines and evaluates the breadth of the economic-policy response to COVID-19. Chapters address unemployment insurance, Economic Impact Payments, loans and grants to businesses, assistance to renters and mortgage holders, aid to state and local governments, policies that targeted children, Federal Reserve policy, and the use of nontraditional data to monitor the economy and guide policy. These chapters provide evidence and lessons to apply to the next recession.

Lessons learned from the breadth of economic policies during the pandemic

The first chapter traces the macroeconomic impact of the breadth of the economic policy responses that produced a recovery that, while stronger than generally anticipated and stronger than those of other advanced economies, has also been accompanied by an unwelcome increase in inflation. It includes a timeline of the pandemic period, featuring economic developments and policy changes. It will describe the composition of support to different sectors of the economy and highlight the aggregate effects of those policies on output, incomes, and poverty rates—offering perspective on how the pandemic uniquely shaped those effects. This chapter will also provide high-level comparisons of the extent of fiscal support in different countries.

The authors review the substantial expansion of unemployment insurance (UI)—supplementing state-provided benefits, expanding eligibility to those not traditionally eligible, and extending the duration of benefits. They draw five conclusions: First, UI expansions were highly progressive in that they offset income losses and delivered the most benefit to lower-income workers. Second, UI benefits provided a powerful stimulus to the macroeconomy by boosting consumption. Third, work disincentive effects from UI benefits were small during the pandemic, especially when compared to history. Fourth, Congress increased access to benefits for workers on the margins of the labor market, and there is no clear evidence of greater work disincentive effects for them than for other workers. Fifth, the rapidly expanded UI programs faced a range of administrative challenges in meeting the surge in UI demand, including delays, unnecessary red tape, and overpayments, all of which were costly in terms of consumer welfare and government expense.

The authors examine the more than $800 billion in cash that was distributed to all but the highest-income households in the three rounds of Economic Impact Payments (EIPs). Although there were delays in getting the money to some vulnerable, low-income households, electronic disbursement allowed the Treasury to make payments quickly—about two weeks after the initial legislation was signed and even more quickly in the subsequent rounds. The available evidence suggests that the payments led to a rapid increase in spending; consumers spent about the same or a smaller fraction of these payments relative to similar payments in past downturns. The payments were not, of course, well targeted. Some households that weren’t adversely affected by the pandemic received the money, but other recipients were adversely affected but weren’t eligible for or didn’t promptly receive more targeted benefits (such as UI or rental assistance) and were greatly aided by the EIPs.

Lessons learned from support to business during COVID-19

The authors survey the new federal subsidies and loans provided to businesses in the first year of the pandemic—including the Paycheck Protection Program (PPP), the Economic Injury Disaster Loan (EIDL) program, and aid targeted at specific industries such as airlines and restaurants—and also examine the additional lending and corporate bond purchases by the Federal Reserve. They observe that businesses overall fared much better during the pandemic recession and recovery than had been expected at the outset. In sharp contrast to past recessions, for instance, business bankruptcies fell during the pandemic. Many large firms continued to have access to private credit markets. They conclude that policies to support small businesses could have achieved their objective at a much lower cost to the federal government had the programs been more targeted. They find no credible evidence that the largest PPP loans had any substantial positive effect on employment. Loans through the EIDL program, which unlike the PPP loans were not forgivable, were better targeted. The Federal Reserve’s support for bank lending to business had little direct impact, in large part because banks were in much better shape than they were during the Great Recession. However, the Fed’s interventions in the corporate bond market had an important stabilizing effect in the early months of the pandemic in 2020. The authors caution policymakers against blindly deploying the 2020 tool kit, judging that the resiliency of the business sector reflects the unusual nature of the lockdown and reopening, and the substantial fiscal aid to households, more than it does the aid targeted directly at businesses. They also question the wisdom of providing federal aid to some large firms, such as airlines, that have a history of successful bankruptcy resolution.

Part I: Support for mortgage-borrowers

The authors review the aid offered to the roughly 50 million homeowners with mortgages included in a forbearance program, and the Federal Reserve’s actions that pushed down mortgage rates, allowing many mortgage holders to reduce their monthly payments by refinancing. They deem these policies to be quite effective in relieving financial distress and allowing homeowners to stay in their homes, especially in contrast with the policies pursued during the Great Recession. They emphasize that these policies in part worked because of rising housing prices and home equity, before and during the pandemic, and note that such conditions might not hold in future downturns. They observe that minority mortgage borrowers were much more likely to miss mortgage payments, so forbearance was particularly important to them. Black and Hispanic borrowers, however, were less likely to refinance than white or Asian borrowers.

The authors evaluate aid offered to the 44 million renting households. These include federal, state, and local eviction moratoriums and the two rounds of Emergency Rental Assistance. Here the distribution of financial assistance was distressingly slow. Data on renters are unfortunately skimpy, a major impediment to precisely measuring the effects of these policies. General income replacement might have sufficed if policymakers were concerned only with the negative effect of the recession on renters’ finances, but the eviction moratoriums and Emergency Rental Assistance were particularly important to those struggling to make their rental payments before the recession. Eviction moratoriums, while particularly justified in a pandemic, impose hardships on landlords.

The authors examine the impact of the pandemic and related policy responses on children. In 2020 the combined effect of several government programs—EIPs, UI, and the expansion of the Supplement Nutrition Assistance Program (SNAP)—reduced the percentage of children living in poverty and likely fell again in 2021 because of continued support for households and the expansion of the Child Tax Credit. The authors note that the pandemic hit child care providers particularly hard; child care employment fell much more sharply than in typical recessions, and many child care centers closed despite billions in federal aid and forgivable loans. Much of that aid came too late to avoid closures, a mistake that should not be repeated. Federal efforts to prevent a decline in health insurance coverage, including through Medicaid and Affordable Care Act exchanges, were largely successful. The expansion of SNAP benefits and introduction of Pandemic Electronic Benefit Transfer (P-EBT) reduced food insecurity. While some elements of the pandemic were unique, such as the suspension of in-person schooling, available evidence underscores the importance of cash and near-cash transfers to families and countercyclical support to schools.

Lessons learned from monetary and fiscal policy during COVID-19

The authors examine the role of monetary policy in keeping interest rates low in the wake of a surge in federal borrowing to assess whether a similar increase in borrowing could be repeated in future recessions. It’s too soon to know if the pre-pandemic trend toward lower global interest rates will persist or be reversed. During the pandemic, the upward pressure on interest rates from substantial U.S. borrowing was offset by factors other than monetary policy that keep rates from rising. Policymakers should not assume that will always be the case. They conclude that the Federal Reserve’s purchases of more than $3.3 trillion in U.S. Treasury debt helped dampen rates and estimate that the yield on 10-year Treasury notes would have been 0.70 percentage points higher if not for the Fed’s purchases. How often can the Fed engage in such large-scale quantitative easing? As often as necessary, they say. Inflation is the crucial limiting factor: The Fed might not have been able to contribute to keeping interest rates down if inflation had been more of a threat in the early months of the pandemic.

Lessons learned from the use of nontraditional data during COVID-19

The authors examine the use and value of nontraditional data sources, such as private payroll service providers and restaurant reservation services. They identify three main benefits of such data. First, these data are often available much earlier than the data provided from government surveys, an important feature at times like March 2020, when the economy was changing direction abruptly. Second, these data are often more granular—covering particular geographies or demographic groups, for instance—and that can allow for faster evaluations of the cost of shocks or the benefits of policies, which, in turn, can help fine-tune policies. And, third, nontraditional sources can provide information unique to a particular crisis. But the cost to the government of nontraditional, privately-gathered data can be substantial. Historical time series are not always available, which can make interpreting the data challenging. Privately gathered data are not always representative or gathered with the same methodological rigor as government economic indicators. Still, the benefits of nontraditional data are greater than the costs.

Listen to the podcast trailer

Recession Remedies is a podcast about the economic policy response to COVID-19 and the lessons it holds for future recessions. On each episode, expert guests join host David Wessel, director of the Hutchins Center at Brookings, to evaluate a different aspect of the fiscal and monetary response.

Listen to the trailer now, subscribe below, and look out for the first episode on May 17.

On April 27 and 28, The Hamilton Project and Hutchins Center convened experts, policymakers, and Recession Remedies authors for a an event to discuss the findings of the new release. Video from both days is available below.

For more information about Recession Remedies or to speak with the editors or authors, please contact: