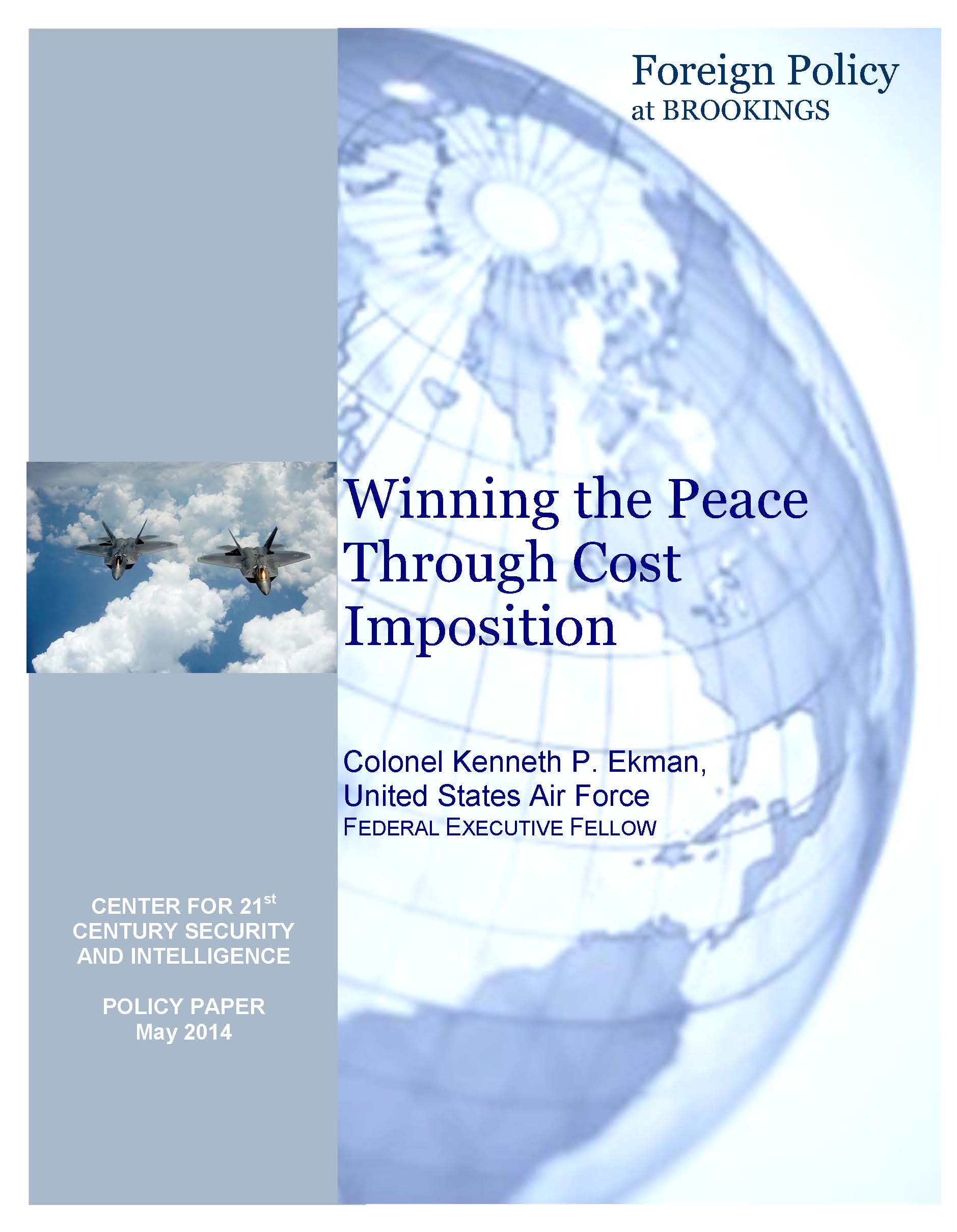 This paper seeks to clarify cost imposing strategies for defense decision-makers. America’s financial challenges and China’s rise have prompted new interest in the approach. Focused on eliciting an adversary response creating a hardship differential favoring the initiating nation, cost imposition falls at the most beneficial end of a cost-based competitive spectrum as an element of competitive strategy. Last employed against the Soviet Union, the approach holds many similarities and some key differences when leveraged against China.

To institutionalize the practice, the Department of Defense should revive the competitive strategies structure and methods developed in the 1980s. Implementation will require overcoming institutional resistance, short time horizons and significant fiscal constraints. America should focus its cost imposing efforts on China first, and specifically on those capability contests offering the most lucrative advantage. Far East security partner participation and impacts should be considered.

Cost imposing strategies can succeed when based on correct predictions of Chinese responses and accurate accounting for the monetary and other security costs involved. Part of the challenge involves bounding each contest. In the air domain, competition involving China’s ballistic and cruise missiles, surface-to-air missiles and fighters offer the U.S. different degrees of advantage and hardship. Decision-makers will find that cost imposition is not a panacea. However, they should understand the concept beyond its current level of misuse both for the disproportionate advantage it offers and for the liability it poses when used against America.