Regional disparities and inequality between the rural and the urban areas in Tunisia have been persistently large and perceived as a big injustice. The main regions that did not receive an equitable share from the country’s economic growth, as compared to the coastal regions that are highly urbanized, are the predominantly rural western regions. Their youth often have to migrate to the cities to look for work and most of them end up with low-paying and frustrating jobs in the informal sector. The more educated among them face a very uncertain outlook and the highest rate of unemployment. This bias is strongest for female workers and university graduates living in the poor rural regions. The purpose of this paper is to study the underlying causes and factors of these disparities and to discuss policies and measures that may allow these regions to benefit from faster and more inclusive growth. 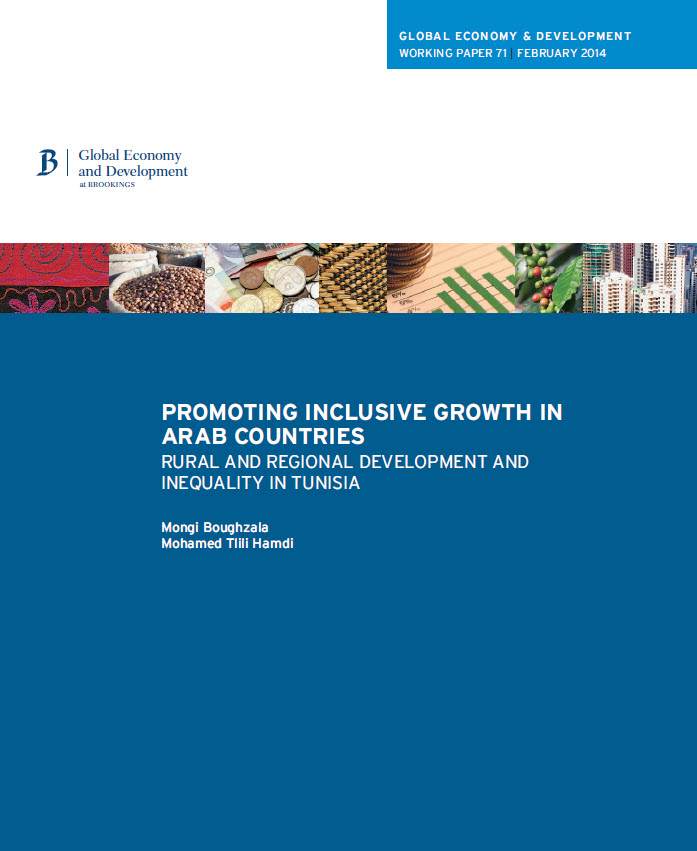 Regional disparities do not mean that Tunisia’s rural regions remain totally backwards or that nothing has been achieved in the poorer regions. Actually, over the previous five decades various governmental programs and projects were implemented in these regions—in particular in the area of education. But the government efforts in the western regions were much less substantive than they were in the rest of the country, and little was done to develop modern non-agricultural economic activities. Moreover, while the democratization of education was not successful in ensuring job growth, it was critical in raising the level of awareness about regional disparities and the urban/rural economic gap.

Inadequate government investment is not the only factor responsible for Tunisia’s rural poverty. The scarcity of natural resources (mainly water), the distribution of land and the limited access to financial resources are among the other important structural economic constraints facing agricultural development.

Two regions are studied in more detail, namely Sidi Bouzid in the midwest and Le Kef in the northwest. We also give an overview of best international practices and the literature on economic development, with a focus on the case of South Korea and Taiwan in order to draw relevant lessons.

We argue that, while it is possible to boost productivity and income for the rural population in Tunisia’s poor regions, improving productivity in agriculture is part of the solution. However, it cannot ensure a decent livelihood for all of Tunisia’s rural population, in particular for the impoverished Tunisians that own small farms or are almost landless. Regional development requires major structural reforms and strategies and comprehensive government-initiated programs operated within a holistic framework that combines public and private interventions. In the case of some regions with limited resources, such as Sidi Bouzid, this will not be sufficient; inevitably, rural to urban exodus and migration to other regions will continue. Politically, this may be hard to accept and to include in political agendas.

Solving the problem of racially discriminatory advertising on Facebook