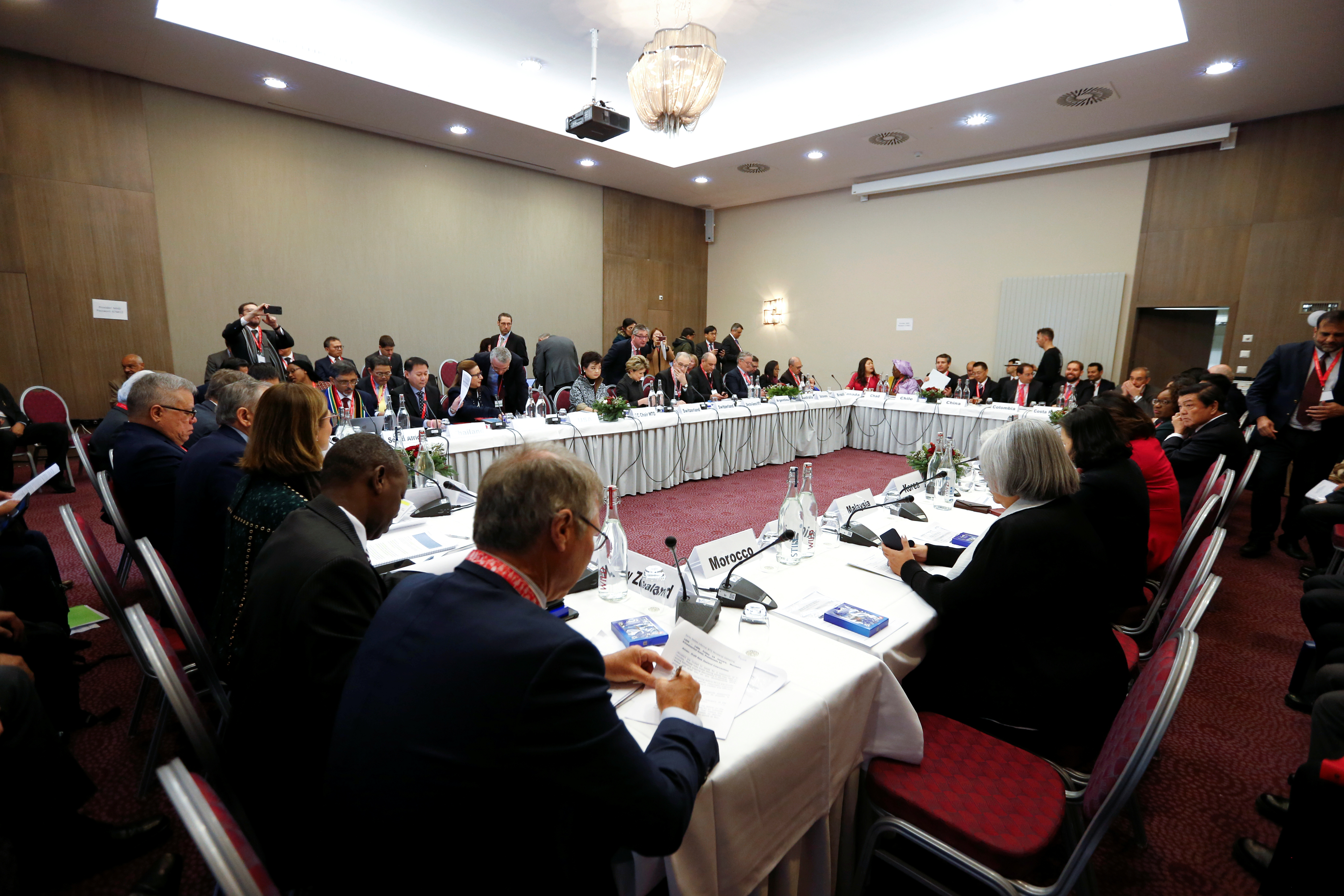 Women at the top of the world, still not at the center

You have undoubtedly heard of statistics on the lack of representation of women in leadership positions. For example, only 37 of the companies listed on the Fortune 500 list this year have women CEOs. And only three of them are women of color. Numerous initiatives across both the private and public sectors currently exist to promote more women into leadership roles. Within the corporate world, gender quotas and recommendations have been implemented to increase diversity in boardrooms in places from India to Australia. Within the public sector, several countries such as Rwanda and Argentina have instituted gender quota systems to increase the representation of women in government. As a result of these and other changes and reforms, the last couple of decades have seen some progress in increasing the number of women holding various positions of leadership globally. However, women, and especially women of color, remain dramatically underrepresented, and the coronavirus pandemic threatens progress we have made on this front because of gender inequality in the division of housework.

Although tracking the numbers on representation of women is important, simple counts may not provide us with a complete picture of power and influence the women leaders have achieved. Leaders go on to influence broader social structures beyond their individual organizations, and a major source of such influence stems from their relationships. Individuals and organizations do not exist in isolation. They all have complex relationships with one another. They are embedded in networks of relationships. The position one has within networks has implications for the extent of power, cooperation, and resources one wields. It is possible that even if greater numbers of minority individuals, including women, gain leadership positions, they may still be relatively marginalized to the periphery of elite networks, giving them substantially less influence and power not only in the organizations they lead but also in society writ large. For example, a woman who is on the board of a powerful organization with global reach may wield significant power, but she is not likely to be as powerful as the woman who is on the board of several organizations, all of which are densely connected to yet more powerful people in the global elite network.

As discussions of inequality ring louder and increasingly occupy our social psyche, our interdisciplinary team (together with Seth Goldman and Brendan O’Connor from the University of Massachusetts Amherst) has examined the racial and gender diversity among the elite professionals that govern large and prominent organizations around the world. Academics have begun to study these changes in diversity within governance bodies. However, despite burgeoning research, we still have a limited understanding of female representation at the upper echelons of society, especially since most studies focus exclusively on the corporate world and the U.S. in particular.

We offer a new analysis of these issues. Rather than simply counting the presence of leaders with different demographic characteristics, we use the dynamics of board ties across organizations to study interrelationships among these elites and analyze how an individual’s connections and position in the elite network are related to their gender as well as their race.

In a new paper published in the peer-reviewed journal Global Networks, we analyze approximately 1,600 individuals who serve as board members of nearly 100 globally-prominent organizations. These include the largest corporations in the world, the most prestigious think tanks and NGOs, and a range of different international organizations. The latter include multilateral organizations like the World Health Organization and the International Monetary Fund, as well as transnational governance institutions like the Trilateral Commission, the Group of Thirty, and many others. These organizations together govern a significant amount of wealth and policymaking around the world. Our analysis is part of a new group of studies to understand how transnational policy networks operate.

When an individual is connected to several powerful organizations through board connections, they forge ties among these organizations and consequently among people who serve on these boards. The extent and structure of such ties influence the amount of trust, cooperation, and information shared among people in the network, and this is how power stems from relationships. Network analysis helps us explore these interconnections among leaders, thus revealing their complex social structure. In our sample, we document about 9,000 ties connecting 1,600 individuals circa 2018—a massively complex global network illustrated in Figure 1.

Of particular interest to us is whether minority leaders have accessed the influential inner circle of this network, or whether they remain more marginalized to the periphery. The core or “inner circle” are the individuals who form a more tightly-knit group with not just more connections, but more connections to those in the core. Hence, those in the core occupy an especially prominent place within social networks. Recent research by Jennifer Heerwig and Joshua Murray has shown that individuals within the “inner circle” of networks like these are much more likely to coordinate their activities than those in the periphery. Mechanisms of in-group solidarity also tend to be strongest within the core of a network. This means that those who are in the center of the network wield greater power and influence than those in the periphery.

We looked at how the representation of different groups changes as we move from the periphery to the core of the network. As Figure 2 illustrates, we find that women—and non-white women in particular—are proportionately more confined to peripheral positions within the network. We find that the representation of white males increases as we move from the periphery to the core. For the women, it is the opposite: Their representation declines as we move toward the core. While it is perhaps not surprising that men still make up the majority of governing boards, what is significant is how being a woman disadvantages her from being included in the “core” of the network. What is more, this appears to be true for all racial groups in our sample, suggesting an independent effect of gender, irrespective of race, in how individual elites assemble into global elite networks. The example of white women helps to illustrate this. After white men, white women are the most frequently represented demographic in our sample. Being white offers numerous advantages in professional settings, especially those traditionally dominated by whites (which is to say, most globally prominent institutions, most of the time). Yet we still find that, even for white women, their representation declines the closer one gets to the core of the network.

Women’s inclusion in and exclusion from elite circles is important for several reasons. First, the composition of elites at a given time is likely to reflect the preferences and diversity of worldviews represented in decision-making. Decisions and non-decisions are intimately informed not just by organizational mandates and formal rules, but also by our background and cognitive biases. Gender is a pervasive social institution that informs the way that people process information and make decisions. The large and consequential organizations the global elites lead, in turn, are key vehicles for mobilization of resources and power that affect societies at large.

Second, diversity among leadership may affect organizational performance. For example, research has shown that diversity in corporate management can enhance the financial performance of firms.

Third, the gender diversity of elite decision-makers may have indirect effects on the legitimacy of large and powerful organizations. The presence of female directors on corporate boards, for example, has been shown to provide legitimacy regarding the companies’ values on diversity. Many large organizations with global reach seek to represent themselves as fulfilling broad missions related to various stakeholders, and thus racial diversity on their board may enhance the legitimacy of such representations.

This first descriptive step toward understanding the diversity within global elite networks reveals that white men are the only group that has a consistently greater proportion of representation in the core compared to the periphery. When we break down the data into a variety of other racial groupings and use a range of different measures to assess these patterns, we find that representation of these groups is either inconsistent or consistently declined from the periphery to the core. Despite significant steps toward a greater inclusion of women within leadership positions around the world, women leaders nevertheless remain relatively peripheral in network terms which may be confining their power and influence and hindering them from reaching their full potential. Hence, even at the commanding heights, women are still not fully integrated into the inner circle.

This piece is based on findings from a new paper, “How white is the global elite? An analysis of race, gender and network structure,” published in the peer-reviewed journal Global Networks on November 22, 2020.

Tuugi Chuluun is Travelers Scholar and an Associate Professor of Finance at Loyola University Maryland, where she has received teaching and research awards. Her research focuses on the role of networks in corporate finance and international finance, and she has authored academic articles as well as an international finance textbook. Tuugi also holds the Chartered Financial Analyst (CFA) designation. She has served on the board of the CFA Society Baltimore since 2013 and was the co-chair of the “Alpha and Gender Diversity Baltimore Conference 2018.” 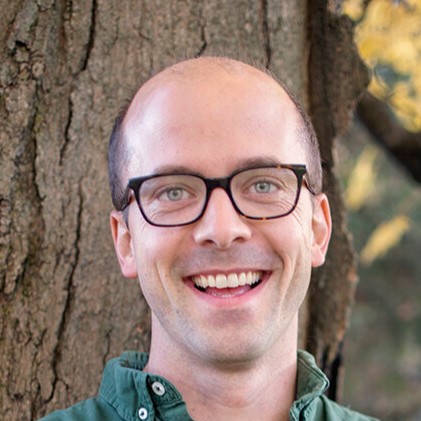 Kevin L Young is an Associate Professor in the Department of Economics at the University of Massachusetts Amherst. He has written extensively on organized business, interest groups, financial regulation, and global governance. His current research focuses on network dynamics within the business community, professional fields, global leaders, and the super-wealthy.

MORE FROM THE 19A SeRIES